Witness for the things that make for peace.

Rebecca Parker 9/1/2002
Against vengeance
Against vengeance
Rebecca Parker
9/1/2002
UU World Magazine , published by the Unitarian Universalist Association
Reflections
UU Theology, Social Justice
Our ministries have been thoughtful and bold since last September 11, but our work is only beginning. We are facing a rising tide of war, an unfettered enthusiasm for vengeance, and tightened controls on dissent. What are we called to in this time? To approach this question, we need a wiser understanding of religiously sanctioned violence, a deeper awareness of how trauma affects human life, and a clearer grasp of what offers saving hope in the presence of violence.

In Terror in the Mind of God: The Global Rise of Religious Terrorism, Mark Juergensmeyer studies religious terrorists, whom he finds in every major religious tradition. What religious terrorists have in common is a view of the world as a site of cosmic struggle in which the forces of evil threaten the forces of good. Their theology evolves in a context of injury or threat. Holy warriors experience themselves as victims of an enemy's unjustified aggression and violence. Having been humiliated, they are fighting back to restore honor for their people and pay back injustices. They believe their own deaths will bring glory to their families, will be honored among their people, and will be pleasing to God. Acts of religious terrorism may not defeat the enemy; they may not even have a military or political objective. Their meaning is religious: an act of faithful defiance of evil to declare one's devotion to God.

The religious terrorists who flew planes into the World Trade Center operated with this kind of theology. The United States has been traumatized and families around the world are grieving because of people who believed that God desires the humiliation and destruction of enemies. We have been directly hit by the theology that says God saves through violence.

Such theology is not the purview of religious extremists alone. The idea that God saves through violence has been a core doctrine of Western Christianity for the past thousand years. At the end of the eleventh century Anselm of Canterbury formulated the theological idea that Jesus died on the cross to pay back God for the injury to God's honor caused by human sin. His theology, written to defend Christianity from Muslims and Jews, provided explicit justification for Christian holy war. The first crusade, called in 1095 by Pope Urban II, urged holy warriors to sacrifice their lives just as Jesus gave his on the cross. The Pope promised that their noble deaths would merit the forgiveness of debts and garner rewards to the slain soldiers' families. Inspired by a theology of sacrificial violence that justified the destruction of God’s enemies as a holy act, Christian knights began murdering Jews in the Rhineland and Muslims in the East. From 1095 forward, Anthony Bartlett writes, "the holocaust became a possibility on European soil."

In the West, Renaissance humanism, the Enlightenment, and liberal theology attempted to dethrone this bloodthirsty God and to replace him with the primacy of Reason. But too little seems to have changed. Now that Reason is our God we justify destruction of our enemies as reasonable.

If public opinion polls are any measure, the God in whom the majority of U.S. citizens trust is the God who is on our side, who sanctions the destruction of our enemies, and who executes justice through retaliation. In its December 24, 2001, issue, Time magazine's lead story celebrated how close the U.S. was to destroying Osama bin Laden. "PAYBACK TIME," the headline crowed in bold red letters. Meanwhile, at church, we lit candles and sang, "Silent Night."

Vengeance has grave dangers and holds out false hopes of closure for those aggrieved by violence and injustice. Psychologist Judith Hermann reports that "people who actually commit acts of revenge, such as combat veterans who commit atrocities, do not succeed in getting rid of their post-traumatic symptoms; rather, they seem to suffer the most severe and intractable disturbances." And vengeance can generate a downward spiral of violence.

James Benet writes in the New York Times of the Israeli-Palestinian conflict, "This strategy of peace through pain is the same one adopted by the Bush administration. . . . The strategy so far has brought only more pain."

It is important for us as Unitarian Universalists to remember that our religious heritage has consistently protested the image of God as a sanctioner of violence. When Hosea Ballou issued his treatise on the doctrine of the atonement in 1805 he objected to the God of violence who required the death of his son to save humanity. Universalism proclaims that violence does not save the world. Our hope, rather, is in the creative activity of love.

Love is the active, creative force that repairs life’s injuries and brings new possibilities into being. Love speaks out in the face of injustice and oppression, calling leaders to account when policies and practices are injuring people. Love tends the wounds created by injustice and evil and offers compassion in the presence of life’s suffering. Love builds communities of inclusion and friendship that break through the boundaries of prejudice and enmity. Love embraces the goodness of this world and seeks paradise on earth, a heaven of mutual respect. Love generates life—from the first moment of conception of a child, to the last moment when love creates a way for those who have died to be remembered with gratitude and tenderness. And in the deepest night, when our hearts are breaking, it is the discovery of a love that chooses unshakeable fidelity to our common humanity that renews us and redirects us to a life of generosity.

In this time of war, when violence is a rising tide, our calling is to love. Our calling is to witness to a deeper wisdom regarding how security can be created, and how the anguishing aftermath of human violence can be healed. We must speak as public theologians and religious critics who address the theology of war and offer an alternative.

Such speaking will not suffice if we are merely idealistic, innocent as doves. Love is more than idealism. It is wisdom. And we need to speak as wise serpents who know the human capacity for atrocities, cruelties, stupidities, idolatries, and short-sighted, self-serving strategies. We cannot flinch in the presence of evil, but must press further with penetrating questions. Here are a few we should be asking:

What is the toll of civilian casualties in Afghanistan and why is this information so hard to find?

Where is the moral voice of protest? What would it take for Unitarian Universalists collectively to be such a voice?

How many people who look Middle Eastern have been detained in the U.S. by the police and are still in custody without being charged with a crime? What would it take for us to come to their defense?

Which non-violent movements for justice and equity in human affairs will become targets for infiltration and suppression sanctioned by the Homeland Securities act?

Who will benefit economically and politically from the present popular confidence in the necessity of war?

Theologies of redemptive violence too easily obscure the saving message of the world's best spiritual wisdom. In the presence of the theology of war that sacrifices the poor to benefit the privileged and offers false consolation to the bereaved, our calling is to speak and act theologically. We are to proclaim what is moral, what is just, what reverences life, what gives hope in the face of violence, what restores life when it has been fractured by human cruelty, what is worthy of our ultimate loyalty, what sustains us in the long night of pain, what connects us in right relationship to our neighbor, what saves the world.

Adapted from an address delivered in March 2002 to the Unitarian Universalist Ministers Association Convocation in Birmingham, Alabama. 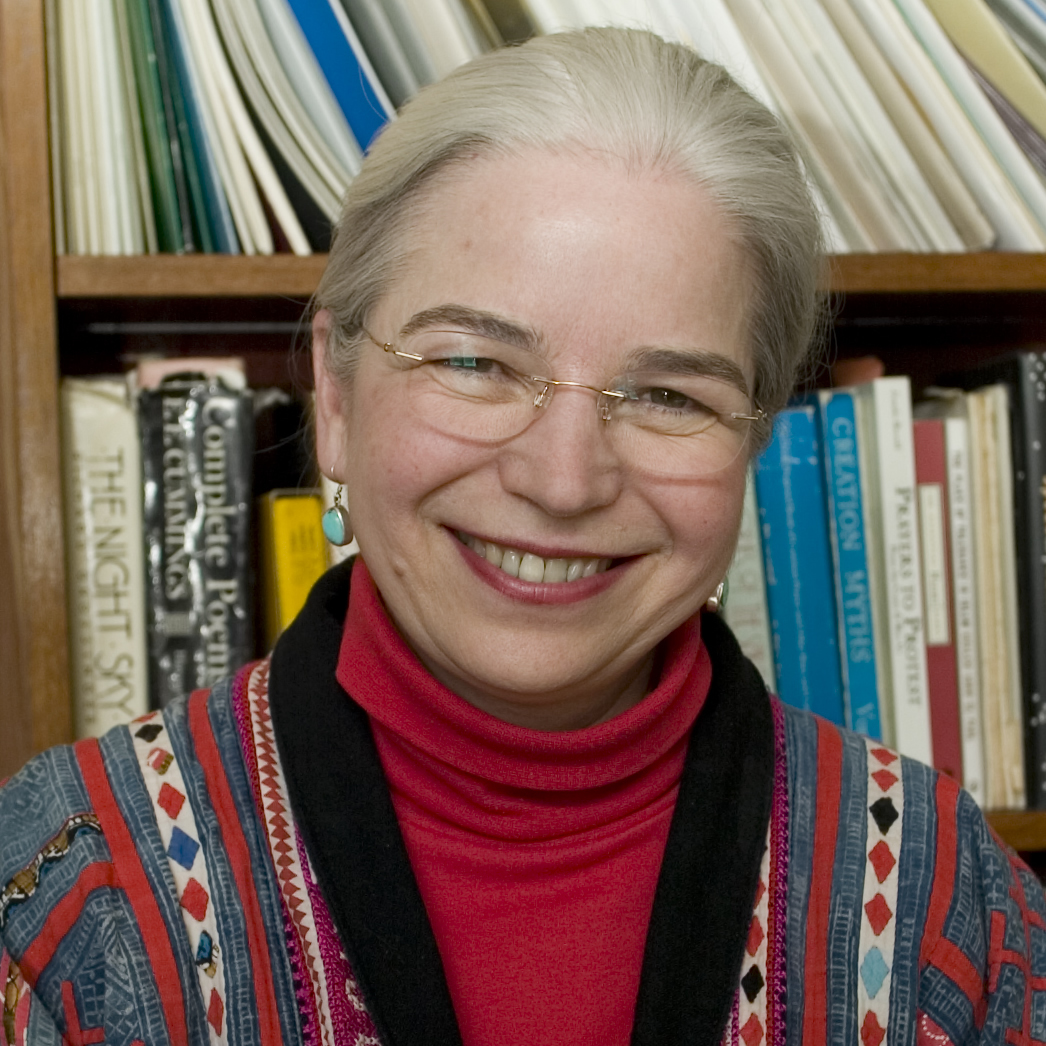 The Rev. Dr. Rebecca Ann Parker is a theologian who served as president of Starr King School for the Ministry in Berkeley, California, from 1999 to 2014. She is the author of Blessing the World: What Can Save Us Now, co-author with Rita Nakashima Brock of Proverbs of Ashes: Violence, Redemptive Suffering, and the Search for What Saves Us and Saving Paradise: How Christianity Traded Love of This World for Crucifixion and Empire, and co-author with John A. Buehrens of A House for Hope: The Promise of Progressive Religion for the Twenty-first Century.