On a Sunday morning during the first weekend of June, the choir of the Unitarian Universalist Church in Reston, Virginia, practices Lady Gaga’s “Born This Way” before the service. By the church entrance, greeters stand by a table displaying “Side with Love” buttons with rainbow hearts. As congregants enter, some take a button, while others arrive already wearing one. Some also wear rainbow attire: a shawl, a scarf, a dress. This is Pride Sunday, and the Rev. Dr. Debra Haffner, UUCR’s minister, stands outside to welcome all who enter. She wears glasses with rainbow frames and a rainbow dress that she also wore for the previous day’s second annual Reston Pride at Lake Anne Plaza. “This is my favorite time, when I get to greet people,” she says.

Many congregants on Pride Sunday volunteered at or attended Reston Pride, but the mood is one of elation rather than exhaustion. This may be from the excitement of celebrating Pride. It may also be from the new energy that’s developed in the church over the past few years.

Reston Pride has a lot to do with this revitalization. Haffner and UUCR began planning the first Reston Pride in September 2017, and the event brought out the skills and leadership of the congregation. It was the first Pride event in the history of Reston, a city that was founded by Robert E. Simon in 1964 with the intention of building a more inclusive community. UUCR was the main organizer of Reston Pride, but it focused on a collaborative planning process by engaging the cosponsorship and participation of local faith communities, organizations, and businesses. “The decisions were made by the community,” Haffner explains.

Next year, there will be even more focus on a community-driven event, and Haffner will not be a chair. The current goal is for Reston Pride to obtain independent nonprofit 501(c)(3) status within a few months, so the event can be organized by a diverse group of board members, chairs, and volunteers. “It won’t be reliant on our church or any other particular church to shepherd it anymore,” says Paul Baumgartner, program chair of Reston Pride. However, Haffner and UUCR’s work over the past couple of years has built and continues to build a path towards a more inclusive community within as well as outside of the church. For their work on Reston Pride, the Unitarian Universalist Association named the UU Church in Reston a 2019 Breakthrough Congregation.

UUCR had been a Welcoming Congregation for LGBTQ people since May 2000, but when Haffner arrived as minister in 2016 she found there were “very few out gay people in the church.” She had worked as a sexual rights advocate for over forty years, and as a cofounder and director of the Religious Institute. One of her first social justice interests at UUCR was “What are you all doing for the LGBT community?”

Baumgartner joined the congregation in 1992 and had always been supportive of LGBTQ issues. He was on the committee that assisted with the Welcoming Congregation certification process. Over the years, an Interweave chapter occasionally met at the church, and there was involvement in marches, but he admits there wasn’t “an active push . . . to move the congregation towards becoming more welcoming.”

Then Haffner got what she says was “the first and only freestanding rainbow flag in Reston” for the church’s property. Gar Young, former chair and current member of the LGBTQ Task Force at UUCR, says the flag is one of the reasons the church appealed to him. “I am bisexual. To have a church that celebrates my sexuality and spirituality is just awesome.”

The flag was only the beginning. There were very few gathering places for LGBTQ people in Reston and no Pride celebration, so Haffner proposed Reston Pride to the board, which wanted the church to be known for its social action and social justice. “Most people didn’t know who we were, and the church has been here since 1970,” says Julia Norrgard, who came to UUCR in 1980 and has served as its president twice. She notes that the board expressed enthusiasm for Reston Pride but also some hesitation because they weren’t sure if the event would be well attended.

In September 2017, Haffner met with a few other clergy to discuss the Pride festival. Three of them joined UUCR in donating funds for Reston Pride. Haffner took on the role of lead organizer, and the event was to take place outdoors at UUCR. By January 2018, twenty community organizations were cosponsors. Eventually, twenty organizations, forty exhibitors, sixty volunteers, and twenty-five performers participated in Reston Pride in June 2018.

“[UUCR] put a stake in the ground to say what it means to be not just welcoming but to put that into action,” shares Kerrie Wilson, CEO of Cornerstones, a community-based housing and human services nonprofit that the church had a previously established relationship with. “It’s a model for other congregations and other groups.”

Haffner’s son, Greg, came from California to emcee as drag queen Mama Celeste. Virginia Delegate Ken Plum of Reston was a speaker. “You have LGBTQ folks who have an interest in the festival, but you have folks like myself who are very supportive of the community and want to make sure that they’re included and that we demonstrate that in a public way,” says Plum.

On the day of the event, the forecast called for thunderstorms. The exhibitor tables and the stage had to be moved inside the church, which was meant to hold 260 people. Haffner and the board agreed that 300 attendees would be a success—and 1,200 people showed up. Norrgard was struck by the look of joy on the faces of attendees.

Cornerstones, which often works with transgender individuals as well as youth who have been abandoned by their families, had an exhibitor table. For some Cornerstones clients, Wilson says, Reston Pride offered another way to find belonging. “What I love is that there was another place where people felt safe, and they could trust or talk to people,” Wilson says.

Jen Dixon, current LGBTQ Task Force chair at UUCR, says Reston Pride was one reason she became a member of the church. During Haffner’s ministry, membership has risen from 171 members to 244.

Haffner advocated for more “shared leadership” for the 2019 Pride. “It was never meant to be the UUCR Reston Pride,” says Deb Stover, UUCR member and graphics chair for the event. “We were just getting this going so it could take wings and go.”

St. Anne’s Episcopal Church, United Christian Parish, and Leah Maier, a friend of UUCR, cochaired Reston Pride 2019 with UUCR. Paul Cohen, president and longtime member of UUCR, says having cochairs sends a message that “the religious community is reaching out to all people.” Tim Barwick, outreach minister at St. Anne’s, says UUCR used to be a “sleepy little place,” and now it’s known for energizing congregations.

Washington Plaza Baptist Church, a cosponsor of Reston Pride, is an inclusive, multicultural faith community. The Rev. Michelle Nickens of WPBC is the only African American clergyperson on the Pride planning committee at this time and shares that her church is “one of only four Baptist churches in northern Virginia that have made an emphatic statement or position around being fully welcoming and affirming.” This year, Nickens became more involved by working on programming and performing as a vocalist at the festival. WPBC offered its location on Lake Anne Plaza as a meeting space, particularly for the volunteer orientation on the eve of Reston Pride. Of the sixty volunteers at the orientation, one-quarter were from UUCR.

The second annual Reston Pride brought sunshine and 5,000 attendees, as well as a Bollywood dance performance, faith leaders, vocalists from Howard University, and elected officials such as Plum and Virginia Delegate Danica Roem, the first openly transgender person to be elected to the Virginia House. Families spent time in the children’s area, and teenagers draped all versions of Pride flags over their shoulders. Drag queens like emcee Delta B Knyght and performer Ophelia Bottoms stood by the “Virginia is for Lovers” LOVE sign as people lined up to take their pictures. Justine and Alli Dube came to Reston Pride with their three young children. They say they valued being in a place where they felt comfortable and their children could see families like theirs.

Congregations interested in this kind of event should look for people who can help with programming, exhibits, and designs. “All those people exist in your community even if they don’t exist in your congregation,” says Haffner.

UUCR continues to become more welcoming by offering copies of the LGBTQ newspaper the Washington Blade, providing a gender-neutral bathroom, and displaying the rainbow flag at the church’s entrance (a flag which has been stolen, and replaced, three times in recent months). In addition, the LGBTQ Task Force is participating in the Welcoming Congregation recertification process. The congregation also displays a Black Lives Matter flag in the sanctuary, and Haffner envisions “the same kind of partnerships on racial justice,” building from their social action on LGBTQ issues in order to “move it into . . . a different conversation around race.”

On Pride Sunday, Haffner’s sermon, “I Can’t Believe I’m Still Protesting This #$%@!” relates the fight for LGBTQ rights with abortion rights access. She exudes a relentless energy as she closes with the declaration: “You are whole and welcome here.” The congregation rises in a standing ovation. 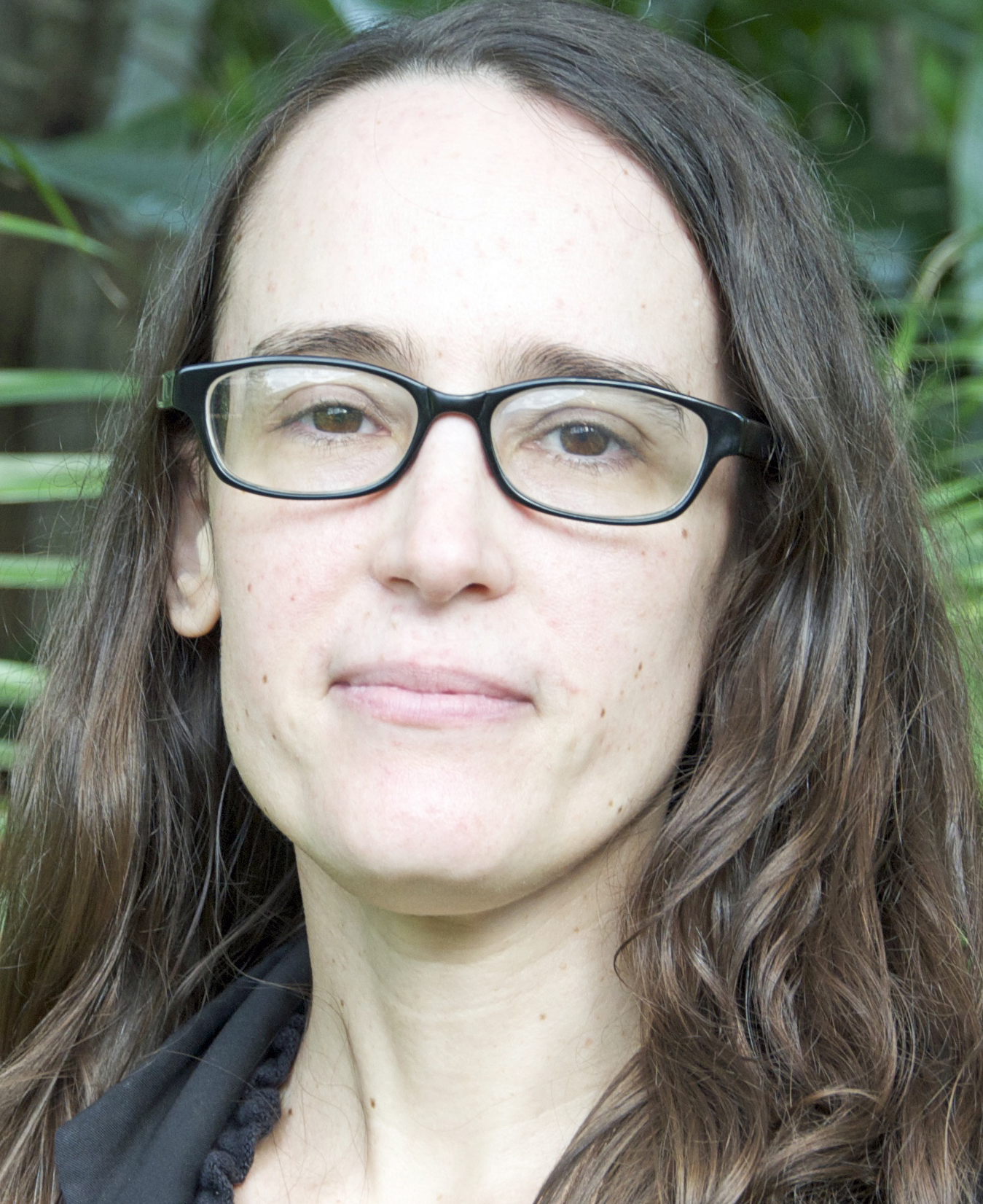 We do not light candles because we believe they have a supernatural power to them, but we do believe there is power in standing together in these moments.

The Unitarian Fellowship of Lawrence, Kansas, has nearly doubled its membership by being open to change.