The only time I was called by my first name

When I was in the Army, the Sunday service was the only hour of my week when I could be my true and whole self.

Kimberly Paquette 11/11/2013 Winter 2013
The only time I was called by my first name
The only time I was called by my first name
Kimberly Paquette
11/11/2013
UU World Magazine Winter 2013 , published by the Unitarian Universalist Association
Spirit
Personal Inspiration
I began my service in the United States Army when I was 20 years old. During my basic training I was 3,000 miles away from my family, friends, and the only community I had ever known. I learned early in basic training to do what I was told, to keep my opinions to myself, and definitely not to ask questions or challenge authority. I didn’t like this lesson, but I certainly understood it, and I played my part in the overall system because I knew that compliance was my best chance for making it through the training at all.

I was assigned to a unit with a relatively low number of women. There were four of us, and maybe ten other women in units nearby. Our building was in the midst of an infantry battalion, made up entirely of men. We worked in an environment where male soldiers were free to stare and make lewd, unprofessional comments. We were forced to eat our meals in an atmosphere where eating a banana became dirty, and those meals were served in a place a woman had recently been raped. Soldiers looked through our windows with binoculars, we had to shower behind unlocked doors, and anyone could jimmy the locks on our rooms with a credit card or ID. We served knowing that if we didn’t exceed all expectations, we would prove to critics that women had no place in the military. Sexual harassment was the unspeakable norm. Silence was the expected response.

In the military, I did not have control over many aspects of my life. The army told me what to eat, what to wear, where to live, and what my work was. There was no room for interpretation. When I was threatened with disciplinary action for having a rainbow bumper sticker on my car, there was little I could do but take it off. My orders were cut and dried. As a soldier, I executed those orders flawlessly and without public complaint.

But the military had no control over my faith. The worship opportunities on base and in the field were minimal and unappealing to me. I needed to do more than recite passages from the Bible. I needed a place where I would be safe to ask big questions.

With some effort, I found Tahoma Unitarian Universalist Congregation in Tacoma, Washington, not too far from the military base where I was stationed. The congregation was a great breath of fresh air for me. Here were passionate people, living their lives faithfully, authentically, and asking those big questions together. I felt held and safe when sharing deep sorrows and profound joys. The Sunday service was the only hour of my week when I could be my true and whole self. It was the only time I dared be vulnerable. It was the only time anyone called me by my first name.

The congregation was lifesaving for me. It was through my connection with the congregation that I reclaimed my identity, remembered who I was at my core, and was able to remain true to myself. I copied passages from the hymnal every Sunday so that I could reflect on those words throughout the week. The intensity of my experience in active duty caused me to practice more spiritual discernment than perhaps at any other time of my life.

I believe that UU congregations should take the initiative to reach out to military personnel and their families. Our congregations may be the only places where people involved in the armed services can safely be who they are, ask questions, mourn losses, and speak our truths.

I first publically identified as a veteran, years after leaving the military, during a Veteran’s Day worship service at my home congregation. After the service, I was approached by a longtime member of the congregation. Her high school-aged son was intending to join the Marines, and she did not know what to do. She was not ready to talk about it in her congregation, because she was sure that as peace-loving people, the members would not understand. She herself did not understand why her son was making this choice, and she was torn between her work for peace and her support of her son’s choices.

Our UU congregations should be supportive of our members and their friends and family who choose to serve in the military. Our best chance at changing military culture may be to inundate it with our people who bring tolerance and respect, value humanity and the environment, and work for peace and justice. We may have to step outside the comfort of our physical and political sanctuaries in order to challenge militarism more effectively, show our respect for the dignity and humanity of those who choose to serve, and move toward beloved community. 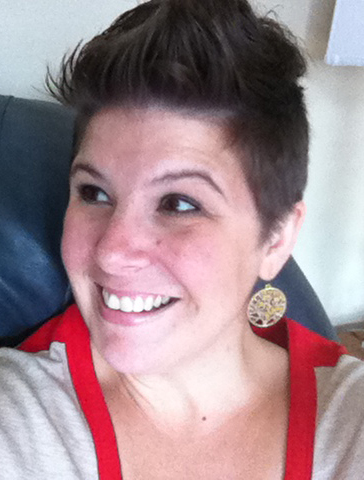 Kimberly Paquette is the multigenerational ministry director of the Northern New England District of the Unitarian Universalist Association.