The brilliant astronomer who was also the first woman to receive tenure on Harvard’s faculty also taught Sunday school at her Unitarian church.

She was the first woman to receive tenure and the first to chair a department in the faculty of arts and sciences at Harvard. Her dissertation was hailed as “the most brilliant Ph.D. thesis ever written in astronomy.” Yet few have heard of Cecilia Payne-Gaposchkin (1900–1979), an English-American astronomer — and Unitarian — who discovered the true physical constitution of the universe.

“Payne-Gaposchkin’s most dramatic scientific contribution was the discovery that hydrogen is millions of times more abundant than any other element in the universe,” said Jeremy Knowles, dean of the faculty of arts and sciences, as Harvard celebrated her accomplishments in February 2002 by adding her portrait to the Faculty Room in University Hall, where only one other woman is depicted. He quoted an undergraduate’s wry assessment: “Every high school student knows that Newton discovered gravity, that Darwin discovered evolution, even that Einstein discovered relativity. But when it comes to the composition of our universe, the textbooks simply say that the most prevalent element in the universe is hydrogen. And no one ever wonders how we know.”

In her 1925 dissertation Cecilia Payne showed that stars are “all essentially of the same composition,” according to astronomer Owen Gingerich. At the time, however, she distrusted her discovery that stars are made almost entirely of hydrogen and helium. Princeton astronomer Henry Norris Russell wrote to her that “it is clearly impossible that hydrogen should be a million times more abundant than the metals,” but he later discovered that she was right — and took credit for explaining the phenomenon.

Born and educated in England, she came to the United States to study in 1923 at the encouragement of the director of the Harvard Observatory. At the time, the chair of Harvard’s physics department would not accept a female graduate student, so the faculty committee that awarded her Ph.D. effectively created a department of astronomy. After receiving her degree, “she lectured in the astronomy department, but her lectures were not listed in the course catalogue,” Knowles said. “She directed graduate research without status; she had no research leaves; and her small salary was categorized by the department under ‘equipment.’ And yet she survived and flourished. ‘It was a case,’ she said, ‘not of survival of the fittest, but of the most doggedly persistent.’”

In 1933 she visited Germany and met the Russian astronomer and political exile Sergei Gaposchkin. She arranged a place for him at the Harvard Observatory. They married two years later. In 1938, Harvard officially appointed her to the faculty of astronomy, and in 1956, she was the first woman promoted to a full professorship.

She and her husband were members of the First Parish in Lexington, where she taught nine- to twelve-year-olds in the Sunday school. Her daughter Katherine Haramundanis tells a story about her mother donning heavy woolen slacks and walking more than three miles to teach Sunday school one bitterly cold winter morning when the family car would not start. The story reveals a great deal about her character. In her autobiography she described her attitude in the face of slow promotions and low pay: “I simply went on plodding, rewarded by the beauty of the scenery, towards an unexpected goal.” 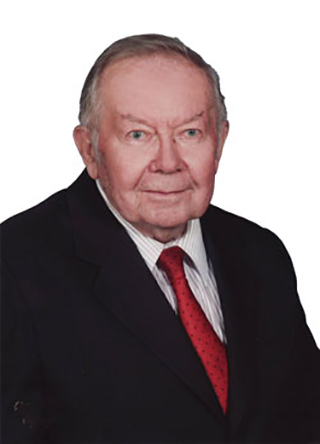 The Rev. Herbert F. Vetter Jr. (1923–2014) served First Parish in Cambridge, Massachusetts, as associate minister and minister at large from 1967 to 1990, during which time he founded and directed the Cambridge Forum, a public affairs series and public radio program. In retirement he founded Harvard Square Library, a digital library about Unitarian Universalism and liberal religion.