Thanks to my trans siblings, trans and cisgender UUs are talking about the harm caused by a recent article.

This essay appears as part of “We’re Right Here: Transgender and Nonbinary Unitarian Universalist Leaders” in the Summer 2019 edition, developed in collaboration with TRUUsT and edited by the Rev. Theresa I. Soto.

Our candor, our inability to shut up (read: printing presses everywhere in our history), and our strong logical sway mingled with heartfelt care. All of these qualities have cultural precedents in our shared history.

Some of our stories are the stuff of fairytales. You and I—meaning our ancestors—used reason and heart to convince the king of a small-time hamlet to declare religious freedom in his land. (Read: The Diet of Torda.)

You made me who I am today. And now I’m in seminary because I literally can’t imagine a better calling than to work under your name.

And yet I see where we need to change again.

We need to talk to each other about what happened to the black delegates at our 1969 General Assembly*. That silence has hurt our movement and the UUs who left our ranks that year for far too long.

We need to admit that our ancestors’ infatuation with science led our movement to advocate for eugenics and be pretty flim-flam reasoning advocates of pacifism. (See: Elitism in antiwar activities.)

And now, thanks to my trans siblings, trans and cisgender UUs are talking about the harm caused by a recent article. Thanks to trans UUs like me not shutting up, we’ve been both harmed and helped by our ideals. Such is the paradox of life.

In the larger world, as avant-garde as UUs may seem, we’re still influenced by prosaic ideas like the gender binary. This pops up at church for me when I’m misgendered by my beloved co-congregants and also by the fascination with peculiarity in the “After L, G, and B” article that hurt trans UUs.

Ethnographic precision—in other words, othering—is harmful to all of us because it betrays our faith’s ideal of equality. The pages of anthropology texts are chock full of wording that would make us twenty-first-century, oh-so-advanced UUs cringe. I’m not going to repeat what was said in the article here because I’d be guilty of othering, too. All I ask is that when describing someone whose lived experience is different from yours, you use empathy, even in our beloved written form. Would you like a journalist to describe your dimples or every detail of the scar on your forehead that you sometimes try to hide with your bangs? Be sensitive. Remember that the person you’re describing is, well, a person.

Also, know that when you’re in a position of privilege, defensiveness is a natural reaction when you stumble over things you don’t understand, but when interacting with people with marginalized identities, it’s important to try to see things from their point of view. I’m weary of being misgendered purposely, and cisgender people’s defensiveness creates a barrier to relationship when both parties are coming with open hearts.

Also, from a position of privilege, it’s easy to center yourself instead of the marginalized person you’re talking about, but doing so doesn’t help anyone in the long run. I know we UUs are iffy about sin so I’ll stick to practicalities, even though self-indulgence is one of those gluttony things that applies here. You become irrelevant when you indulge in exoticizing language. Future and current generations at the avant-garde and center of what mainstream UUs like to think of as our culture will ignore you. Or, like this edition of UU World shows, we’ll take our story back.

But there’s a silver lining in all of this. When you see and then sidestep your temptation to take someone’s story and make it your own, that’s empathy. When you find creative ways to describe someone in a kind way, that’s reason. And when you admit that your prejudices have caused harm, that continues the story. I believe that non-transgender and non-queer folk can write about trans and queer folk. They just need to pay attention to our and their hearts while doing so.

Above all, UUs, keep talking. I love us and love our inability to shut up.

The count who set the ground for the Diet of Torda, the religious freedom proclamation, made it easier for Jews as well as Unitarians to practice their religions. When you act with empathy, everybody wins.

The print version of this essay misstated the year of the UUA General Assembly from which many black delegates withdrew during a debate about funding the Black UU Caucus. It was 1969, not 1968. Click here to return to the updated paragraph. 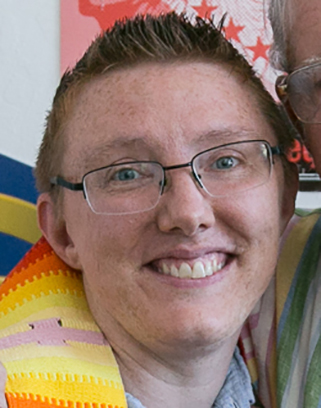 Sam Allen is a student at Starr King School for the Ministry. They are preparing to become a community or parish minister.