What happened when I vowed to get all my vegetables from a local farmshare.

Susan Bagby | 4/25/2011 | Spring 2011
Eggplant extravaganza
Eggplant extravaganza
Susan Bagby
4/25/2011
UU World Magazine Spring 2011 , published by the Unitarian Universalist Association
Life
Social Justice, Environmental Justice
It all started with spinach. A few years ago, my husband and I acquired a bumper crop of spectacular spinach from the experimental gardens at nearby New Mexico State University. It was the best spinach I’d ever tasted. At the time, I was reading Barbara Kingsolver’s book, Animal, Vegetable, Miracle, the chronicle of her experiment with eating local. If our spinach was what eating local was all about, I was all for it. Not long after that, my older daughter gave me a book she thought was important: The Omnivore’s Dilemma, Michael Pollan’s thoughtful book about food production and consumption. That did it. Those two books and all that spinach changed the way I think about food—particularly the availability of food—and caused a small household revolution.

I announced that from now on, we were going to buy local, by golly. My husband was not enthusiastic. He muttered something like Oh, God, what now? and kept shopping at the national food chain, waiting for it all to blow over. But it didn’t. I had come late to the eat-local bandwagon, and like any good convert, I intended to make up in zeal what I’d lost in time. I bought into all the arguments about how locally produced food is just-picked fresh and tastes delicious, how buying local helps small farmers stay afloat in the face of the industrial farming complex, and how it saves petroleum energy. A common claim is that most items on American dinner tables travel 1,500 miles before they get to your plate. I was determined to bring our food sources closer to our table.

But that was the dilemma: We were spoiled by the ready availability of items that are simply not available from local growers—bananas and coffee, chocolate and olive oil, rhubarb and mangoes in midwinter. We’d become dependent on food from remote places. Of course, importing one’s food is not a new idea. What was the spice trade, if not a way to bring exotic and interesting flavors to the European table? Still, it was clear that the rule of the locavores—that one’s diet should center on what grows within a hundred miles of where it’s sold—wasn’t going to work for us. I frankly couldn’t bring myself to limit our intake to only those foods produced in southern New Mexico, however much we enjoy chile.

Responsibility is one thing, and masochism is quite another.

About that time, my younger daughter began to rave about her farmshare program in Cambridge, Massachusetts. She was delighted with the quality, quantity, and variety in her weekly box of veggies, and she became just the teensiest bit judgmental about the fact that her father and I didn’t have a similar arrangement. So I looked around and lo and behold, there was a local farmshare program with shares to spare. Problem solved! I would compromise. We would still buy the bananas and olive oil at the grocery store but we would get all our vegetables from the farmshare. We forked over $300 or so for thirty-four weeks of a variety of produce and I vowed not to purchase any other vegetables for the duration.

And that was when we descended into Eggplant Hell.

Don’t get me wrong. We like eggplant a lot. But our farmer liked it more, and he planted many varieties, all of them hardy and apparently resistant to infestation and drought and other causes of crop failure, and soon we were taking home six or more good-sized eggplants a week. Every week. Week after week. For just the two of us.

We sautéed the stuff. We baked it. We grilled it, we broiled it, steamed it, fried it. We made moussaka and baba ganoush and ratatouille, Szechuan eggplant and eggplant caviar, pizza, lasagna, veggie sandwiches, and a raft of casseroles. And still it came. We couldn’t choke down any more. We tried to give it away, but most of our friends were in the farmshare with us and they had the same problem. The neighbors hid when they saw us coming with more of those shiny purple globes in hand. Surely this wasn’t what the food gurus had in mind.

After many weeks, I complained to my Cambridge daughter, who had planted the idea, if not the eggplant, and thus had to bear at least a little of the responsibility. She lectured me. I think she actually said something about how there were starving people in Africa who would be grateful for such plenty. She reminded me that when you join a farmshare program, you’re buying stock in the farm, taking a chance along with the farmer, sharing his risk along with his harvest and helping ensure his income, helping to sustain a small farm against looming agribusiness. And that’s all true and it’s the right way to think about things, but darn it, she wasn’t seeing eggplants in her sleep and I was.

Yet by the end of the growing season, things didn’t look so bad. We cheered the first really cold night and the eggplant at long last went to seed. Yes, I had a freezer full of eggplant casseroles but also lots of locally grown spinach. A friend had donated tomatoes from her garden and we had quarts of pasta sauce. I’d even followed Barbara Kingsolver’s lead and tried my hand at making cheese with local milk, which just goes to prove you shouldn’t necessarily buy into something just because your favorite author does. I was still committed to the idea of buying local when possible. It just made good sense.

The next year, we opted out of the farmshare idea. So did our farmer. But we began to buy most of our produce at the excellent local farmers’ market, with only occasional supplements from the grocery store, instead of the other way around. Now, more of our food dollars go to local small farmers. It’s not as convenient and it means no sleeping late on Saturdays in April if we want asparagus, but losing a little sleep is a small price to pay for something so delicious. We’ve been reminded of how good food can taste when it’s eaten the day it’s picked—you can’t beat it—so we’re more careful about eating seasonally. Rhubarb in December? Mangoes in March? Not anymore. I pay much greater attention to those grocery store labels that tell you where the food comes from, and though I still buy bananas and olive oil, I am much more conscious of the ramifications of buying food from far away. I’ve had to rethink the luxury of expecting to eat whatever I want whenever I want to eat it. It’s a luxury that doesn’t bear examination. And I think it’s one we can’t afford. 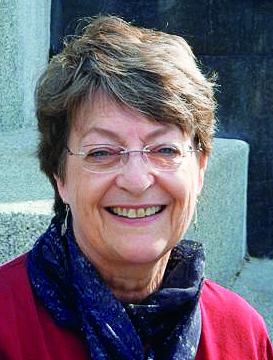 Susan Bagby is a freelance writer and editor and a longtime member of the Unitarian Universalist (UU) Church of Las Cruces, New Mexico, where she serves on the committee studying the Unitarian Universalist Association (UUA) Congregational Study/Action Issue on Ethical Eating. On Saturday mornings she can be found prowling the Las Cruces Farmers’ Market in search of perfect produce.