For Natalie Fedak, environmentally sustainable moviemaking is no fantasy.

‘Why wouldn’t you want to live your values in your work?”

Filmmaker Natalie Fedak’s question might be easy to dismiss as untested idealism—except that she is already doing it. Storytelling is her goal, but being able to tell a story while staying true to her deepest values is what makes it worthwhile. This fall, 21-year-old Fedak is shooting the second season of her feminist fantasy web series, After Forever, on a solar-powered set. A little ironic, perhaps, given that the Colorado native has lived the past four years in quiet, coastal Bellingham, Washington—one of the cloudiest cities in the lower forty-eight states.

Her series may be about an immortal dragon-slayer going through a midlife crisis, but the project is also an experiment in environmentally sustainable filmmaking.

“Film is, historically, ridiculously wasteful,” Fedak says, citing the large amounts of water and gasoline consumed, trash produced, and disposable items created for a typical site or set. Her ultimate environmental goal: 100 percent sustainable filmmaking. But for now, she is content to build towards that. She rents solar-powered generators from Goal Zero to charge cameras, laptops, and other electronic equipment. By borrowing, reusing, or purchasing secondhand materials, she has minimized set and prop costs. For the second season, “we’ve only had to buy $20 worth of new fabrics for wardrobe,” she says proudly. Crew members are recycling and composting everything and procuring as much of their food locally as they can.

“Until [people] see there is another way, they aren’t going to try it,” Fedak says.

After an eye-opening experience cleaning up 5,000 plastic water bottles in Alaska this summer, she banned them from her sets. For season two, every member of the crew will be issued a reusable water bottle. It will cost more up front, but should pay for itself in a week. “We live in a convenience society,” she says. “But with patience and planning, you can make sustainable practices doable.”

But why bother? Why add all of these layers of difficulty to something that is already difficult, with no financial benefit to her or the project?

The first season of After Forever is a low-budget, goofy, occasionally dark exploration of a hero’s journey after she has slain the dragon. The show veers towards camp, with a talking horse, a heroine who stress eats pastries, tongue-in-cheek voice­overs, and a sorceress who is not exactly sober. Despite the goofiness and a mostly amateur crew, Fedak approaches the project with great care.

When she gathers her team, she immediately establishes an on-set culture of encouragement, growth, openness, and communication. “It’s taking a little extra time to make sure everybody is comfortable. I don’t want a crew that isn’t ready to be themselves and bring themselves to the set.”

Fedak isn’t merely the writer and director. She also plays the main character Cade, a battle-weary warrior, who, after 600 years of slaying, seeks mortality and a simpler life. Like her creator, Cade is a serious-minded, scone-loving woman surrounded by people who look to her for leadership.

Fedak is a natural storyteller, weaving a narrative with her own life during our interview. In 2014 she graduated from Western Washington University’s Honors program with a degree in creative writing. She finished in three years, taking advantage of the Honors program’s flexibility. For an anthropology class, she once wrote a paper that was a series of love letters exchanged between sperm and ova. “All the science was in there. It was a play, but about gametes.”

For her senior project, Fedak chose to make a film—the first season of After Forever, a six-episode run totaling almost 45 minutes. She was drawn to the potential of reaching a wider audience with film than she could in print. Her budget, courtesy of a school grant, was $300. Fedak had never made a film before, and she had only taken one film class.

But she did have a script. And the film class she’d taken was taught by retired X-Files producer Bob Goodwin. His habit was to invite working and retired professionals to come in and teach a session. When a Hollywood screenwriter came in to talk about writing, he invited students to show him their drafts for honest feedback. Fedak took the writer up on his offer.

“I was the only one,” she says. He looked over her writing—“and ripped it to shreds.” Fedak laughs, remembering. “I don’t even think he finished reading it because halfway through he just stopped leaving comments.”

She adds, “You know, I think he tried to be really severe with me to see if I would come back, and I did. I kept coming back and showing him stuff.” And he kept giving her valuable feedback. Her willingness to learn and improve her writing eventually paid off. When she showed him the finished series, he told her he enjoyed it. “I thought, ‘Yes! I’ve leveled up!’” she says.

To make the first season of After Forever, she had no choice but to jump in and try everything: camera work, lighting, acting. As the project grew, she found people far better at specific roles than she is, convinced them to join her project, and built a team.

Fedak was hooked. Her next project took her to Seward, Alaska, to make a documentary about the annual Mount Marathon race. She co-directed 3022 ft. with Max Romey, a fellow WWU alum and, as they discovered a year after meeting, a fellow Unitarian Universalist. 3022 ft. made the rounds at Alaskan, running, and outdoor sports film festivals in the summer of 2015, selling out six of its nine screenings. The documentary stands out for telling the stories of the women athletes right alongside those of the men. Historically, only the men’s race of Mount Marathon has been televised.

Fedak admits she has certain advantages in a male-dominated industry: her confidence, her fiery energy (she talks of retreating to the forests and Bellingham Bay to cool herself down), her background of race and class privilege, even her height (she describes herself as “a giant”). She grew up in a congregation—Jefferson Unitarian Church in Golden, Colorado—where, even as a six-year old, her endless, enthusiastic questions were welcomed. Contrary to stereotypes, she and her parents were close throughout her teen years. And her Coming of Age mentor at the church was a good friend who, unlike so many grown-ups, “showed me how happy adults can be.”

Maybe for all of these reasons, Fedak doesn’t see herself as an inspiration. “Being a female in film automatically shows women you can be in film. I don’t have to do anything great in film, but I’m in film.” She insists that what people need to see are models, to see that others did it so they know that they can, too.

After only two years, Fedak is making a name for herself in Bellingham’s small but active film community. One of her scripts caught the eye of a local producer. Its premise: four authors—Harry Potter’s J.K. Rowling, Game of Thrones’s George R.R. Martin, The Hunger Games’s Suzanne Collins, and God—are talk show guests, discussing what it’s like to kill off their favorite characters. The producer, Chris Donaldson, liked Fedak’s script so much that he offered her use of his Hand Crank Films studio for her After Forever auditions, as well as free use of its equipment.

It really speaks to the power of a well-told story, Fedak says. Having made films separates her from people who want to make films, and other creators are interested in people who have created. “It’s the fun and the questioning, the trying things out and doing it with joy that people respond to.”

Using Kickstarter, Fedak raised $10,000 for season two—exceeding her goal of $6,000. The reality is that she still has almost no money, but the funding allows her to deliver more. She is shooting nine episodes of ten minutes each, double the length of the first season. She’ll have better equipment, and an assistant director who can handle the technical camera work and manage the crew, giving her more time to work with the actors and oversee the project as a whole.

Even with the prospect of improved production values, Fedak hasn’t lost sight of what made the show appealing. “The first season isn’t technically very good—we had so many issues with inconsistent lighting, for example—but [viewers] could feel the love.”

Although the Kickstarter campaign emphasized her sustainability goals, Fedak knows that the prospect of a solar-powered set isn’t what motivated most donors. “People invested because they liked the content.”

What’s next for this young filmmaker? Shooting for season two of After Forever started in September and will continue through the fall; she plans to have the first few episodes online in early 2016. [Update 12.1.15: Fedak announced that after four months of pre-production and five days of filming, she and her crew had agreed to suspend work on season two. “After Forever has been frozen in ice, and may never thaw,” she wrote on the show’s website. “The crew are stepping away to work on other projects, to recover, and to learn from their experience.”] She also looks forward to shadowing Donaldson in the coming months to learn more about the administrative side of producing. And Fedak is constantly writing. She’s working on a retelling of Jane Austen’s Emma, set in early twentieth-century Seattle’s underground scene, with Emma as a madam trying to match up her ladies with lumber lords.

“For me, film is the metaphor that helps me understand the rest of life,” Fedak says. Whether it’s a documentary of an athletic event or a magical fantasy, people watch to see how characters cope with life’s challenges. “Their change is what viewers are looking for, to make their own change.”

Incorporating values of sustainability and feminism in her work might sound like more work, but for Fedak, the choice is clear.

“My life story won’t be remembered except in the things that it does to other people’s lives. It’s about the option that I present for other people. If someone feels like they can do something that they didn’t know they could do because they’re seeing me do it, that’s a good life.” 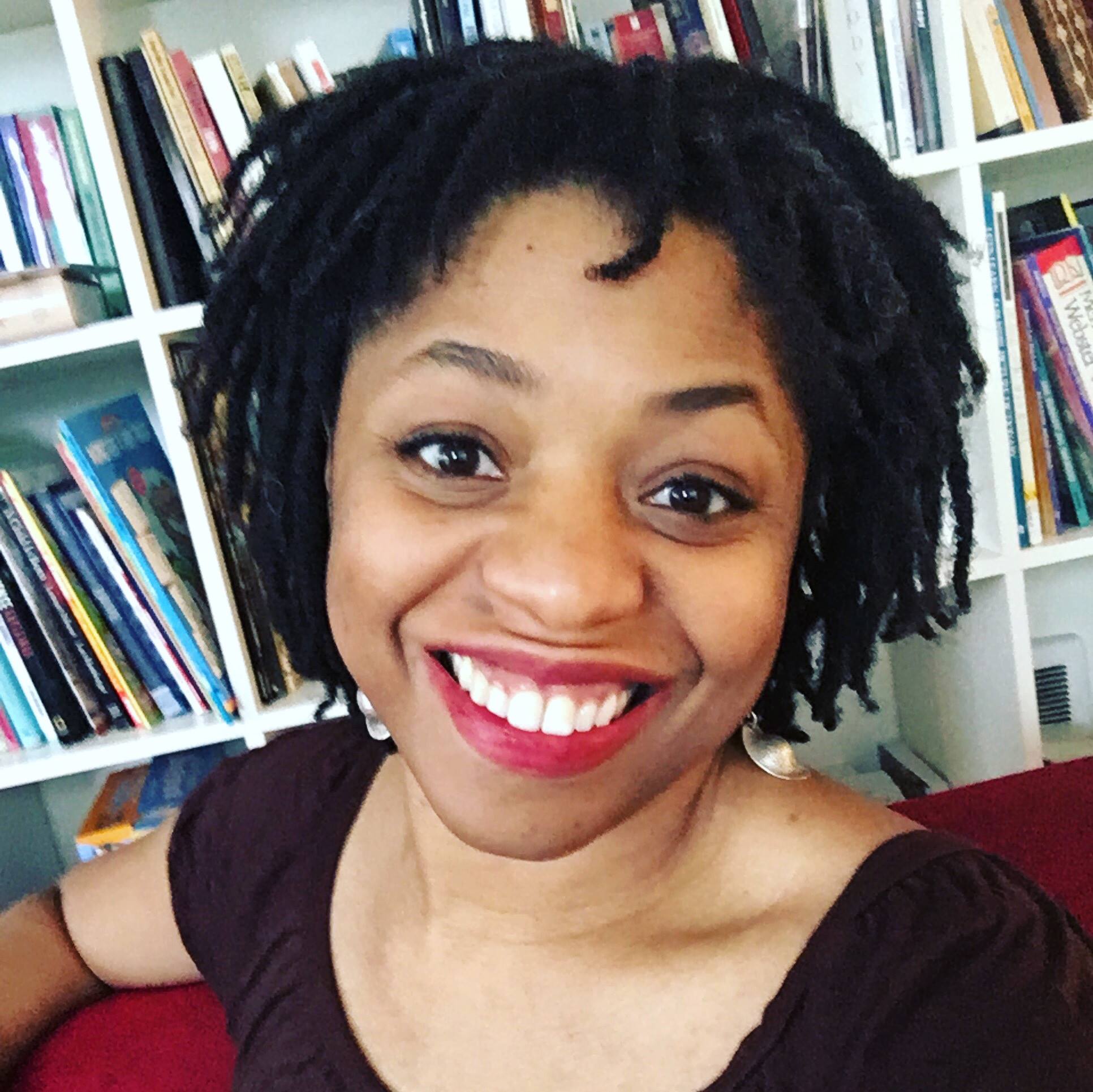 Hafidha Acuay is a Unitarian Universalist and writer in Seattle. Her writing has appeared at xoJane and the Unschooler Experiment. Her blog is Never Say Never to Your Traveling Self.