Together for the long haul

Faced with costly renovations, a suburban congregation and an urban community ministry embarked on an innovative campaign to rejuvenate both of their historic buildings.

Historic and beautiful focal points of their communities, Colonial-era meetinghouses are known for their box pews, raised pulpits, and steeples rising high over the main entrances. Many of these iconic New England buildings predate the Revolutionary War and were once the largest structures in town. Like today’s congregations, they served multiple purposes: a place to worship, to engage in political discourse, and to bring community together for cultural events.

But today, occupying a historic building of any age is not without its difficulties. The greater Boston-area occupants of two nineteenth-century, Federal-style meetinghouses—urban-based First Church in Roxbury and suburban-based Follen Community Church in Lexington—are facing the challenges of raising significant funds to renovate and update their old structures so they can continue to serve Unitarian Universalists and the surrounding communities.

“We are both looking towards the future and how we take care of our spaces,” says the Rev. Claire Feingold Thoryn, parish minister at Follen Community Church.

First Church in Roxbury is the oldest wooden-frame church in Boston. The current building, constructed in 1804, is the fifth meetinghouse built on the site (the first was built in 1632). Founders of Harvard College worshipped here, and it was the site of abolitionist and suffragist William Lloyd Garrison’s funeral. Yet over time, the importance of the building and its surrounding structures was no longer reflected in its appearance: a broken clock on the steeple, peeling paint, and dilapidated shutters greeted visitors and neighbors. Its service to the community never stopped, but ongoing renovation is sorely needed for the flagship meetinghouse to continue its work.

As they planned their own capital campaign, Follen’s leaders realized that they could work toward their stated resolve to be an intentional, antiracist community by expanding their congregation’s already supportive relationship with the Urban Ministry.

To the northwest, Follen Community Church’s meetinghouse was built in 1840, boasting a unique, octagonal wooden sanctuary. Abolitionists were also among its founders. While the Roxbury meetinghouse is working on a complete overhaul, the Lexington congregation is looking, in part, to maintain their meetinghouse’s structural integrity, while expanding its space and updating its electrical and mechanical systems with an eye towards “going green,” explains Brad Howe, chair of Follen’s Capital Campaign Committee.

Significant capital campaigns are now under way to raise money for renovations to restore both historic meetinghouses, but rather than set out to do this work alone, the congregations formed an innovative partnership that is revitalizing more than just their buildings.

Since 2003, First Church in Roxbury has been the headquarters of the Unitarian Universalist Urban Ministry. The social justice organization works through volunteering, relationship building, and securing funding to create a more racially and economically equitable and just society. Follen Community Church is one of a group of fifty congregations that make up the Urban Ministry.

Follen’s Feingold Thoryn says attaching the two UU capital campaigns just made sense. “We wanted a social justice component and we wanted to look outward and not just inward,” she explains. “[Our] congregation is doing so much work on how white supremacy and white privilege affect everything and how it is pervasive. We wanted to support the important work of the Urban Ministry, which has been working to bring more equality and justice . . . right next door.”

The Rev. Mary Margaret Earl, UU Urban Ministry executive director and senior minister, recalls her reaction after receiving the email from Howe announcing Follen’s intention to combine the capital campaigns: “Hallelujah! I don’t know if I’ve ever used the phrase ‘manna from heaven’ before, but I surely did then!”

The result has been wildly successful and satisfying for both UU communities as they each focus on their futures.

Having kicked off its campaign in the spring of 2017 with an initial goal to raise $2.75 million for its own property, the Follen congregation has far exceeded its own goals and has already raised more than $100,000 from nearly 100 donors for the Urban Ministry.

“We emphasized participation, irrespective of amount, and this stimulated greater-than-expected giving from the top donors, as well as through the lower echelons,” says Howe.

Earl says, “The funds from Follen were a significant and much-needed step in completing the [exterior] work.” She says Follen donations helped pay for restoring shutters, repainting the building, and repairing the steeple clock. “The Rev. Claire Feingold Thoryn has clearly nurtured a sense of joy and community in Lexington that readily spills over into joyfully and generously working for justice in the wider world,” she says.

Follen member Laura Maltby donated to the UU Urban Ministry and volunteers at its Renewal House, a shelter for victims of domestic violence. Maltby teaches ESL classes as part of the ministry’s job readiness program, and she helps people reclaim their lives and homes by lending a hand in ordinary household tasks, such as babysitting, hanging pictures, and assembling furniture.

“Sharing these simple, ordinary experiences has led to something deeper—the power and beauty of human connection,” explains Maltby. “We build community by worshiping together, but also by coming together to rake leaves, wash windows . . . eat soup—a lot of soup. Some of this involves the sharing of our particular skills or talents, but a large part of it comes from simply showing up, ready to do whatever needs to be done.”

In addition to the shelter and the education and job-readiness training, the Urban Ministry’s Roxbury location also houses academic and enrichment programs for local youth and welcomes a nonprofit food-share organization, Fair Foods, to distribute healthy produce on weekends. All of these programs will benefit from the much-needed renovations.

Maltby expressed a deep appreciation for the opportunity to be part of the larger community of the Urban Ministry. Others find Follen’s add-on capital campaign program provides a welcome platform for UUs who are committed to social and economic justice but are unavailable for hands-on volunteering.

“So many people really support the work of the Urban Ministry but don’t necessarily have the time or ability to volunteer,” says Feingold Thoryn. “I think the opportunity to give really felt good to people.”

The next step for First Church of Roxbury is to continue raising funds to tackle its interior restoration. With the tethering of the campaigns, Follen’s Howe says he anticipates the relationship may yield future individual gifts for the Urban Ministry.

As these gifts continue to assist First Church’s meetinghouse in reclaiming its central role as a community venue, Earl remarks that UUs and others are looking for opportunities to combat what some see as an uptick in racial and socioeconomic tensions.

“There was a clear call to build bridges, confront racism, and work for racial and economic justice,” says Earl. “That’s complicated sometimes, but we are honored to be in this place and called to do this work.” She says the UU Urban Ministry is “a deeply historic organization rooted in the heart of this historic African American community, [combining several] suburban, largely white congregations who long to do the work of racial justice.”

Simply put, Feingold Thoryn says Follen members taking on the challenge to be engaged members of the UU Urban Ministry network—bringing people together across race, class, and faith—“just felt right.”

“To see this old meetinghouse that has gotten broken down over the years . . . lifted up and once again beautiful and habitable is really symbolic of the work [the Urban Ministry] has been doing,” says Feingold Thoryn, adding that it also brings the organization more into the spotlight.

“It feels like a rebirth in a lot of ways,” she says. 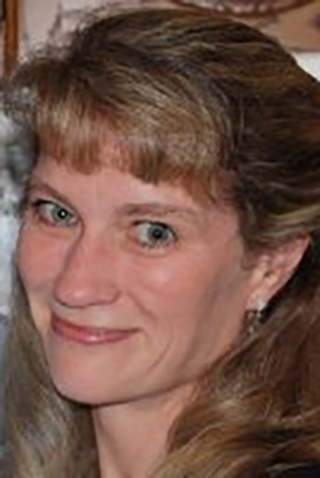