It is time for liberal religious people to reclaim the moral agenda.

Krista Taves | 10/10/2005 | Fall 2005
Why liberal religion offers a better way
Spiritual imperatives
Krista Taves
10/10/2005
UU World Magazine Fall 2005 , published by the Unitarian Universalist Association
Reflections
UU Theology
It is time for liberal religious people to reclaim the moral agenda because those who are controlling it now are damaging our people. And I think that Unitarian Universalists are well placed to do this because our religion provides a truer and better way of approaching human life than religions that view the world through one lens, one truth.

Now this is not something you usually hear from a Unitarian Universalist pulpit, is it, that we are a better way. We are not ones to openly say that what we have is better than another religion. We are historically quiet about who we are, careful not to become like those self-righteous religions many of us left. We are so intent on being different that sometimes it’s hard for us to say that we are a religion, much less that we believe the religion we offer is better. And yet, in our quietness, we have marginalized ourselves, failing to spread our liberating message of freedom and equality to a world that desperately needs it.

It is time for us to be clear about what we stand for, because if we don’t, others will. If we continue to be quiet, we will be branded the religion that stands for nothing, where you can believe anything you want. Then liberal religion becomes synonymous with permissiveness, immorality, and laxness.

We do stand for something. We stand for freedom, equality, and compassion. We stand for a world that contains many truths. But this is not a religion where you can believe anything you want, because we are called to the free and responsible search for truth. We are accountable for the consequences of our beliefs. So although we promote freedom, it is not freedom at all costs. This is not a religion for lone rangers. This is a religion for lovers of freedom who are called into community, because in community we are held accountable for the consequences of our beliefs.

I want to be clear. There is a difference between judging a person and judging a belief. We are not about judging people. We believe in the inherent worth and dignity of every person. However, we do have the right to judge beliefs. When women are dying, when women are being scarred and their families wounded because one set of beliefs is being imposed on them, it is appropriate to judge.

What I wish for this nation is to reclaim an understanding of life that cannot be confined, where every woman and man has access to a full range of choices so that we can each make free and responsible choices about what we do with and to our bodies.

But that freedom is being dangerously threatened, and so we have some choices to consider making before we are denied the right to do so by this dangerous political agenda. Unitarian Universalists have something to say and something to do. The time for silence is over.

“The Spiritual Imperative of Choice” is excerpted from a Borden Award–winning sermon originally presented to the First Unitarian Universalist Congregation of New Orleans on January 22, 2005, where the author was serving as interim minister. 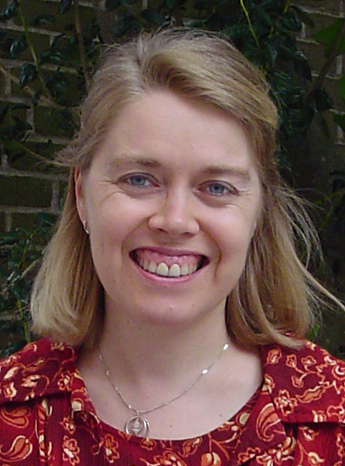