We are living in the ‘Except’

There  are  long timelines of history, punctuated by significant interruptions. The ‘Except.’ We are living in the Except.

The music that is being produced and shared during this pandemic has touched me on a deep level. It doesn’t even have to be good music—just the fact that people turn to their art, and then offer it up as a gift, makes me misty.

With the assembled creation of the Royal Choral Society’s “Messiah”—performed remotely—I went far beyond misty into boohoos. It was so beautiful, and such a great example of the human spirit and our ingenuity.

Watching it for the, oh, eighteenth or nineteenth time, I was struck by the opening slide: “The Royal Choral Society has sung Handel’s ‘Messiah’ on Good Friday at the Royal Albert Hall every year since 1876, except during the Blitz.”

What caught my attention was “except during the Blitz.”

Well, of course. The Royal Albert Hall is located in London. The Blitz was a German bombing campaign that destroyed a third of London. From September 1940 until May 1941, Britain was under attack.

There are long timelines of history, punctuated by significant interruptions. The “Except.” We are living in the Except.

There will come a time when we divide time into “Before Coronavirus” and “After Coronavirus,” but right now we are living in the in-between. The life that we’re living now will later be considered an interruption.

I’m an American, and though I know many family stories about the 1918 pandemic and the Great Depression, I have no family stories linked to the Blitz. Reading about it, I wonder what lessons it can teach us. The Blitz was a significant interruption, and many things were never the same again. Almost 40,000 British civilians died in the Blitz. They didn’t know when it would end, they were separated from loved ones, they had to hunker down in shelters.

And yet, the people were resilient. Forced to shelter in the London Tube stations, they organized themselves and their spaces, setting up areas for children, for smoking. They figured out how to keep their areas clean and govern themselves. In fact, it was worrisome to some government leaders. Officials reported that “people sleeping in shelters are more and more tending to form committees among themselves, often communist in character, to look after their own interests and to arrange dances and entertainments.”

One detail I found very interesting: psychiatrists, at the start of the Blitz, worried that the psychological trauma was going to be profound, that it would “break” citizens and there would be three times the mental casualties as the physical ones. But it didn’t happen. There were, of course, psychological effects from the Blitz, but people turned to each other and discovered a depth of resilience in themselves.

The Blitz was the Except. Life returned. The Royal Choral Society returned and sang again a chorus of Hallelujahs.

We are living in the Except. Some things will be different, but life, as we knew it, will largely return. The Except, ultimately, will be an interruption in the timeline. People will talk about how their family has always gathered for Easter or goes to the beach every June.

Adapted with permission from an essay published April 21, 2020 on Boots and Blessings. 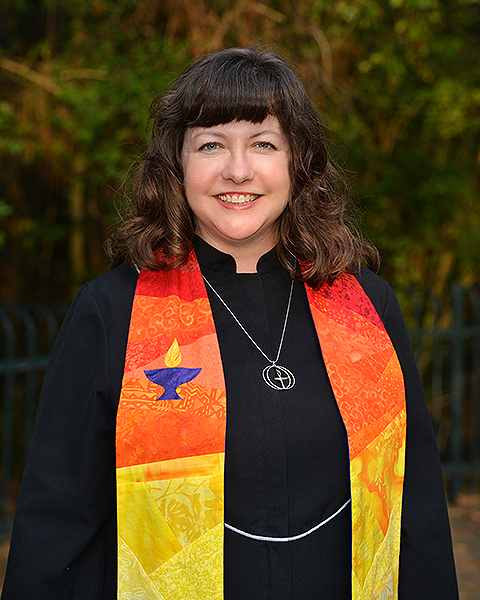