Allowing meditation to be messy

We need to rethink what ‘successful’ meditation looks like.

“Meditation does not come easily to me. My mind wanders relentlessly. I complained about this once to an Indian monk and he laughed and said, ‘It’s a pity you’re the only human being on the planet who has that problem.’”

Chaos is an apt term for what happens between our ears during the practice of meditation. That’s because it’s the mind’s natural state to be whirring, remembering, assessing, planning, and chattering. Its job is to get our attention, and then to lead us around on its leash. Meditation is the act of witnessing all of that activity and gently moving beyond the mind’s grip, without judgment or reaction, rather than being dragged into its churn or its wake. Some schools of meditation attempt to mollify the voices by providing students with specific instructions, like how to watch their breath, or by giving them a mantra to silently recite. (In his book Simply Pray, the Rev. Erik Walker Wikstrom vividly describes meditation mantras as “giving the tiger a certain amount of ‘meat’ to keep it quiet,” suggesting that without that distraction, the mind is like a roving, predatory beast. If you’ve ever tried to meditate, you know that’s not inaccurate.)

Unfortunately, many people have an image of what “successful” meditation looks like: serenity, calm, stillness. That image is usually nonsense. Meditation—as anyone knows who’s attempted it—is hard. Separating ourselves from the restlessly wandering “monkey mind” isn’t easy—not even for seasoned practitioners. In fact, the discomfort of being present to the tangled rush of our thoughts, and to the multiple voices that pipe up in the silence of meditation, can deter many of us from even attempting to meditate or cause us to throw in the towel after a couple of tries.

Hear us now, fellow monkey minds: the presence (the loud, active presence) of inner voices, noise, and whirl during meditation does not mean you’re doing it “wrong.” It means you’re human. In fact, we hereby submit that messiness is what’s supposed to happen when we meditate. If it were easy-breezy, what benefit would there be to it?

What if meditation isn’t about stopping or escaping our internal chaos but rather about learning to be in it, and with it, without getting swept away? Moreover, what if the power to be found in this ancient practice isn’t in “getting it right” but simply in the act of returning when we stray?

For a reassuring illustration of how chaos can be invited to be part of meditation, we can look to Naropa University, in Boulder, Colorado: a non-sectarian, Buddhist-inspired private college and graduate school. It was founded in 1974 by Chögyam Trungpa Rinpoche, who was born in Tibet but escaped after the Chinese invasion in 1959.

When he founded Naropa, Trungpa decided to place the school’s shrine room—a simple room that’s also called a meditation hall—on the side of the building that faces a busy street, rather than tucked away in a quiet corner. “But wait,” you might say. “Wouldn’t it be a lot harder to meditate near a busy street?” Yes, and that’s why Trungpa made that choice. The placement of the meditation space was an embodiment of a lojong, or mind training, slogan in Tibetan Buddhism that says, “If you can practice while distracted then you are well trained.”

What if you can’t practice while distracted? What then? If you’re willing to get better acquainted with the practice of meditation, we offer three reminders or suggestions to get you started:

First, the word practice reminds us that we’re not supposed to get meditation “right.” That which we practice grows stronger. Sitting to meditate—even if only for five minutes—is one of those things that gets incrementally easier each time we attempt it.

Second, if you’re new to meditation, we invite you to imagine your mind—with all of its thoughts and movement and drama—as a show being played out on a stage or on a movie screen. As you practice meditating, practice being the theater or movie critic: a witness, an observer, who’s taking notes but remaining detached enough that the drama doesn’t involve you.

Finally, Wikstrom points out that when (not if!) we get distracted while meditating (when, for example, you as the theater critic climb up on stage and begin interacting with the “actors” of the mind), the heart of meditation is to notice your distraction—your departure—and make the decision to try again. The practice isn’t the doing; it’s the return, the reentry.

Whether it’s by yourself, or whether you’re part of a small group that’s willing to take the plunge, try setting a timer for three minutes and then sitting in meditation until it goes off. You’ll likely witness some internal chaos. By witnessing it, you’re meditating! If the chaos pulls you in, be gentle with yourself (and the chaos itself). Notice that you get to decide whether to remove yourself from the current of chaos. By noticing that, you’re meditating!

After all of that witnessing and watching—no matter how messy it was—you might end your three, five, or twenty minutes of meditation with the following words:

Excerpted with permission from Sparks of Wonder: Theme-Based Ministry for the Whole Congregation by Becky Brooks and Erika Hewitt (Skinner House, 2019). 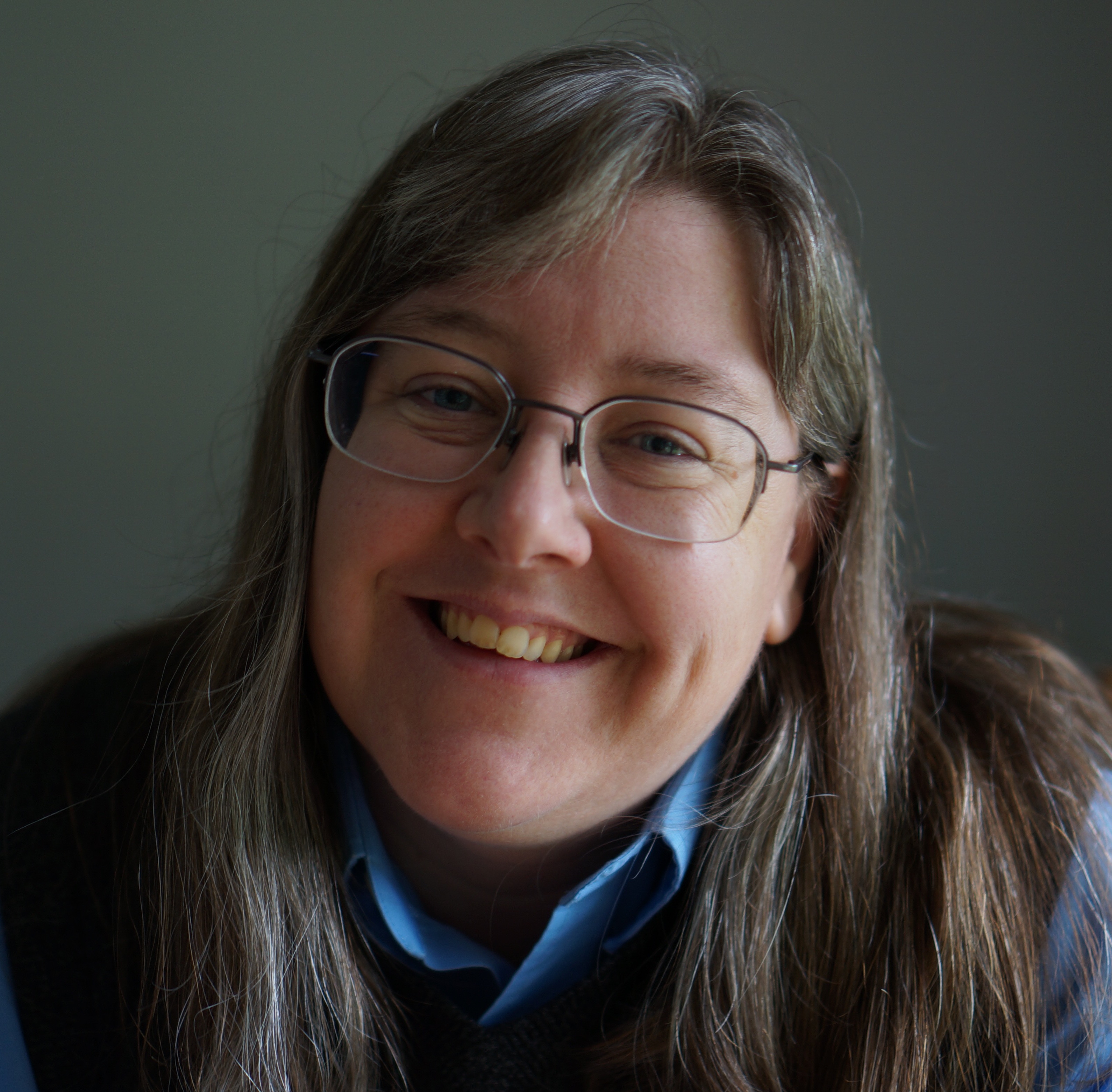 Becky Brooks lives with her two partners, two children, and two cats. She spends her time learning new things, writing stuff, and homeschooling her twins, who are far, far smarter than she will ever be. She loves you just the way you are and all the ways you’ll be.

Becky is the co-author of Sparks of Wonder: Theme-Based Ministry for the Whole Congregation. 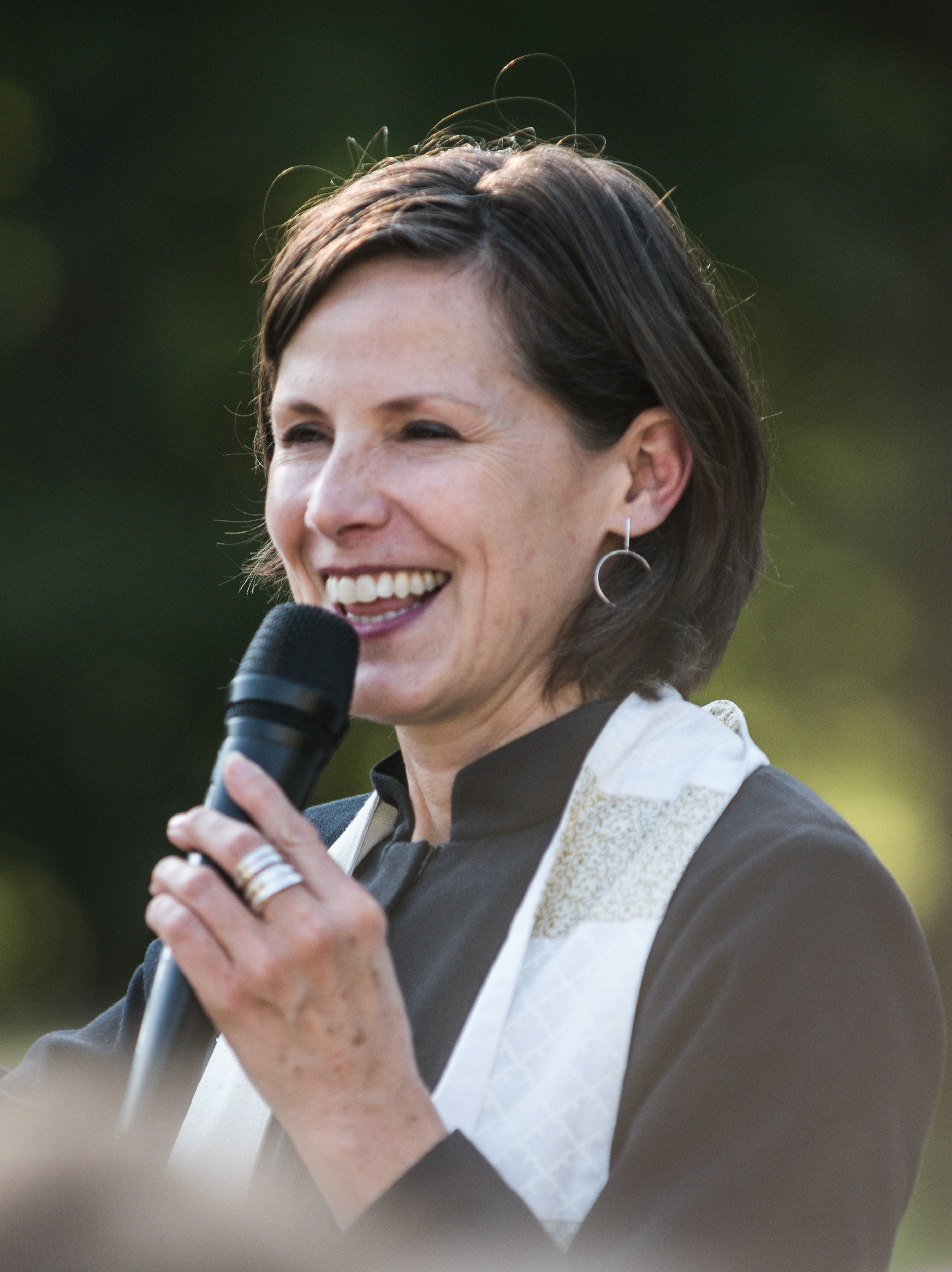