Grief and celebration are interwoven in this world, like winter and spring.

Gary Kowalski 3/18/2013 Spring 2013
Metamorphoses
Metamorphoses
Gary Kowalski
3/18/2013
UU World Magazine Spring 2013 , published by the Unitarian Universalist Association
Spirit
Personal Inspiration, Personal Inspiration, UU Theology
Spring has its own rhythm. Life has its own beat. And the music plays faster the farther north you go. Right now, the season seems slow in arriving. Cabin fever is epidemic as farmers ask, “Will spring ever come?” But by the end of March, at least in Vermont, there’s a full hour’s more sunshine between dawn and dusk than at the beginning of the month. By April’s finale, we’ll be enjoying fourteen-hour days, with sunlight to spare, warming the soil and rousing the worms, who need a ground temperature of three degrees above freezing to come out of hiding and bring the robins along. Sunrise comes earlier, night falls later with each degree of latitude. For those of us in the North Country the darkness of December will eventually get repaid with interest . . . not because the world’s in perfect balance, but because it’s not.

The reason we have seasons, and perhaps the reason we have life at all, is because the planet is tilted on its axis, at 23½ degrees. Fortunately, we inhabit a world that’s cockeyed, off center, more than slightly askew. Half of each year, we lean toward the sun; the other half, we’re tipped away. Twice annually, at the moments of the vernal and autumnal equinoxes, we’re precisely at the tipping point. At that brief instant, the days are getting neither longer nor shorter. Daylight and dark stand in absolute equilibrium. The rest of the time, however, change happens. Instability reigns. Nothing’s on the square.

If the planet were vertically centered, straight up and down, there would be no change, no seasonal variation, no recurring dance between the blossom and the bee. We’d be like Venus, which leans at an angle of just 2 degrees, not nearly as tipsy as planet Earth. If life existed at all, it would be much simpler, more linear and predictable than it is now, but not nearly as interesting. There might be less pain and fewer tears. But not so much love or passion.

Grief and celebration are interwoven in this world, like kisses and adieus, dusk and dawn, winter and spring. That’s the message of the harbinger of this season, the little frog called Hyla crucifer or the spring peeper. The word crucifer in Latin means the one who bears the cross. In the Easter service in many Christian churches, crucifer is the name given to the young girl or boy who carries the crucifix in the ritual procession, while the frog is so called because of the curious cross-shaped marking on its back.

The markings are a coincidence, surely, but still significant. For a hundred million years, the peepers have chorused the arrival of spring. For all those eons, they have mimicked the ancient story of resurrection. Like all amphibians, the peepers undergo a metamorphosis, beginning their journey in water as tadpoles, then gradually losing their gills and leaving the ponds where they were born to move ashore, where they become tree climbers, using their big toes to scale brush and low-hanging shrubs. On land, they mate, lay their eggs, and, as the weather cools, they burrow into the mud to hibernate. Glucose in their cells will allow the peepers to freeze half-solid, then thaw slowly as the temperature warms and the cycle begins anew. It’s a lifespan of a hundred thousand millennia, encapsulated and reenacted on the briefest of evolutionary scales.

The frogs are small, just about an inch long. But their voices together create a sound that’s deafening. Pound for pound, the male peeper is said to be the noisiest animal on the planet, his vocal sac producing a roar of 110–120 decibels at 8–10 inches distance, equivalent to a jet engine heard from 70 yards. The song is also haunting—eerie and at the same time familiar. The amphibians’ high-pitched wail is both mournful and cheerful, reminding us that we are crucifers all, each bearing the marks of struggle and loss, each participating in the promise of hope and rebirth, our lives transient, but part of a larger, more lasting symphony.

Through all the metamorphoses, may we always hear the music.

This article appeared in the Spring 2013 issue of UU World (page 16). Excerpted with permission from Blessings of the Animals: Celebrating Our Kinship with All Creation, © 2012 Gary Kowalski (Lantern Books, 2012). 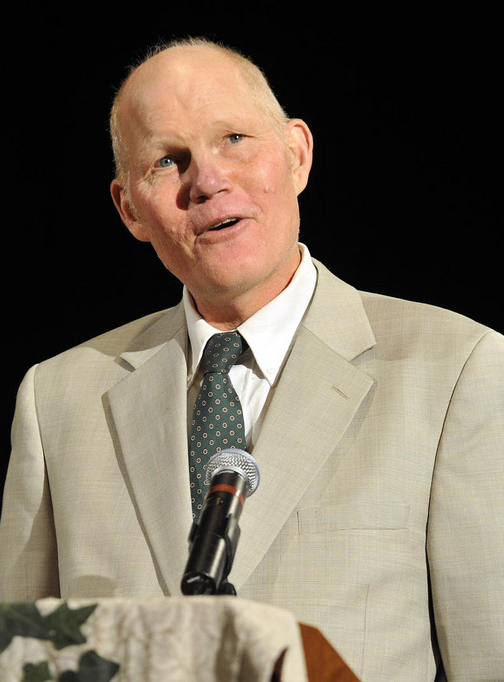 The Rev. Gary Kowalski is a Unitarian Universalist minister and author of many books, including Revolutionary Spirits, Science and the Search for God, and The Bible According to Noah. He served congregations in Vermont, Washington, Tennessee, Massachusetts, and New Mexico.