We should be more countercultural

UUs should experience tension between our religious values and those of the secular world.

I’m not easily starstruck, but there is one minor celebrity whom I have kind of a crush on: Mayim Bialik. She’s in the cast of The Big Bang Theory and long ago starred in the show Blossom. But it’s not her acting that I admire so much; it’s her performance of her values. She is a modern Orthodox Jew who keeps the Sabbath, keeps kosher (and vegan, to teach her children to care for the earth), and even tries to observe the Jewish modesty laws in her dress. The latter, as you can imagine, is no small feat for a woman who makes a living in Hollywood. The modesty issue came to a head this year as she prepared to attend the Emmy awards. She needed to find a dress that covered her elbows, knees, and collarbone, was not too tight and, of course, was gorgeous enough for the red carpet. The search for this perfect dress became very public, and she dubbed the quest “Operation Hot and Holy.”

Unitarian Universalists may disagree with a tradition that requires this kind of modesty, but I’ve got to admire someone who takes her religious values so seriously that she is willing to stand up to intense social pressure. If women in our culture normally feel pressure to dress in revealing clothing, imagine the pressure at big Hollywood events like the Emmys. But she did it, and afterwards the blogo­sphere was bursting with women thanking her for her courage in so publicly contesting the cultural rules of how women are supposed to look.

Do we UUs similarly experience a tension between our religious values and the values of the secular world? It seems clear that there should be tension—enormous tension. Until the world is as it should be, until war and hunger are abolished, until we are living gently on the earth, until power is shared and all voices are heard, we should not be able to fit comfortably into this culture. We should feel this tension in every decision we make: when we shop, when (and if) we watch TV, when we go to work, when we speak to a child. The questions of to what extent and in what ways we should participate in the dominant culture should keep us up at night. If we’re doing it right, it should be hard to be a Unitarian Universalist in this world.

Religious communities have almost always started out countercultural. The early Christian community described in the book of Acts is a perfect example. The story goes that people were so inspired by the teachings of Jesus that they completely broke from their social context. They gave away all their possessions and lived together in spiritual community. Being a Christian was not initially seen as compatible with living a normal life, working a normal job, or even owning land. These early Christians were asserting an alternative vision of how people can live together in service of a larger mission.

This countercultural vision has reappeared repeatedly in different forms throughout history. The Occupy movement, especially in its actual occupying phase, was a recent instantiation of it. Sadly, the trajectory of these movements is almost always one of decline: the commitment fades, the momentum fizzles, the teachings ossify. Over time, people find it too hard to stand so alienated from the lives they once knew. The sacrifices are too great.

James Luther Adams, a twentieth-century Unitarian minister and theologian, had these harsh words to say about what he saw as theological liberals’ slide down this familiar slope:

The element of commitment, of change of hearts, of decision so much emphasized in the Gospels, has been neglected by religious liberalism, and that is the prime source of its enfeeblement. We liberals are largely an uncommitted and therefore self-frustrating people. Our first task, then, is to restore to liberalism its own dynamic and its own prophetic genius . . . A holy community must be a militant community with its own explicit faith; and this explicit faith cannot be engendered without disciplines that shape the ethos of the group and that issue in the criticism of the society and of the “religious” community itself.

Adams is talking about a radical kind of commitment on the part of the community as a whole. He is talking about a kind of community that is dramatically different from the surrounding culture, sustained by the power of love and fundamentally incompatible with a world where poverty, oppression, and violence can exist. He is talking about a religious counterculture. If Unitarian Universalists really believe the things we say we believe—the inherent worth of all people, the interdependence of all existence, and the goal of world community with justice for all—then we too are called to build a religious counterculture. We are called to assert a vision of the world as it should be in the very midst of the world as it is. Like all religious communities, we need “disciplines that shape the ethos of the group” and that reflect our deepest values.

What might these disciplines look like? I imagine that they would be redeployments of traditional religious disciplines, the kinds of disciplines involving cornerstones like money, food, and relationships that mark a person as “really religious,” but in this case serving liberal theological ideals.

What if, for example, those of us who have high-paying jobs refused to accept a salary that was more than seven times what the lowest-paid worker makes in our organizations? And explained to our stunned colleagues, “It’s because I’m a really religious Unitarian Universalist.”

What if, starting today, we only ate food that was sustainably grown, humanely raised, and for which the workers who produced it were paid a living wage, even if that ruled out most of the food we currently eat? And we explained to our outraged children, “It’s because in this family, we’re really religious Unitarian Universalists.”

What if, starting today, straight couples refused to marry until there was marriage equality for everyone in the country? And we said to our disappointed parents, “It’s because we are really religious Unitarian Universalists.”

These kinds of disciplines, if embraced by our congregations, would form the basis for a unique and powerful religious counterculture—unique because of its liberalism and powerful because of the respect garnered by its boldness. Our congregations would stand out as brazen non sequiturs and beacons of hope in their communities. Unitarian Universalism would gain gravitas and become a movement in the truest sense of the word.

This is not a call for moral perfection but rather for us all to think of our faith as central to our lives. We will be imperfect and there will be tension as we negotiate with our desire to simply participate as normal people in this society. We’ll hear ourselves saying, “Can’t I just enjoy a friggin’ cheeseburger for God’s sake?!” We naturally want to succeed in this world. We want to make money, we want to have fun, and we want to feel accepted. We want to be not only holy, but hot, too! (Even Mayim Bialik mused aloud about whether God would mind that much if maybe just her left arm were exposed.) The struggle is a holy struggle. The important thing is not that we be perfect but that we engage with the tension.

We’re not there yet. But I believe that Unitarian Universalism has the potential to become a potent force in the religious landscape. Simply by taking ourselves seriously, our congregations can become laboratories where we experiment and rehearse our highest ideals, petri dishes in which we grow our own culture. Together we can speak our own language. We can break bread with food that embodies our compassion for the earth; we can be radically inclusive; we can practice honesty and compassion, sensitivity and generosity. Together we can assert a holy vision of the world as it should be in the very midst of the world as it is. 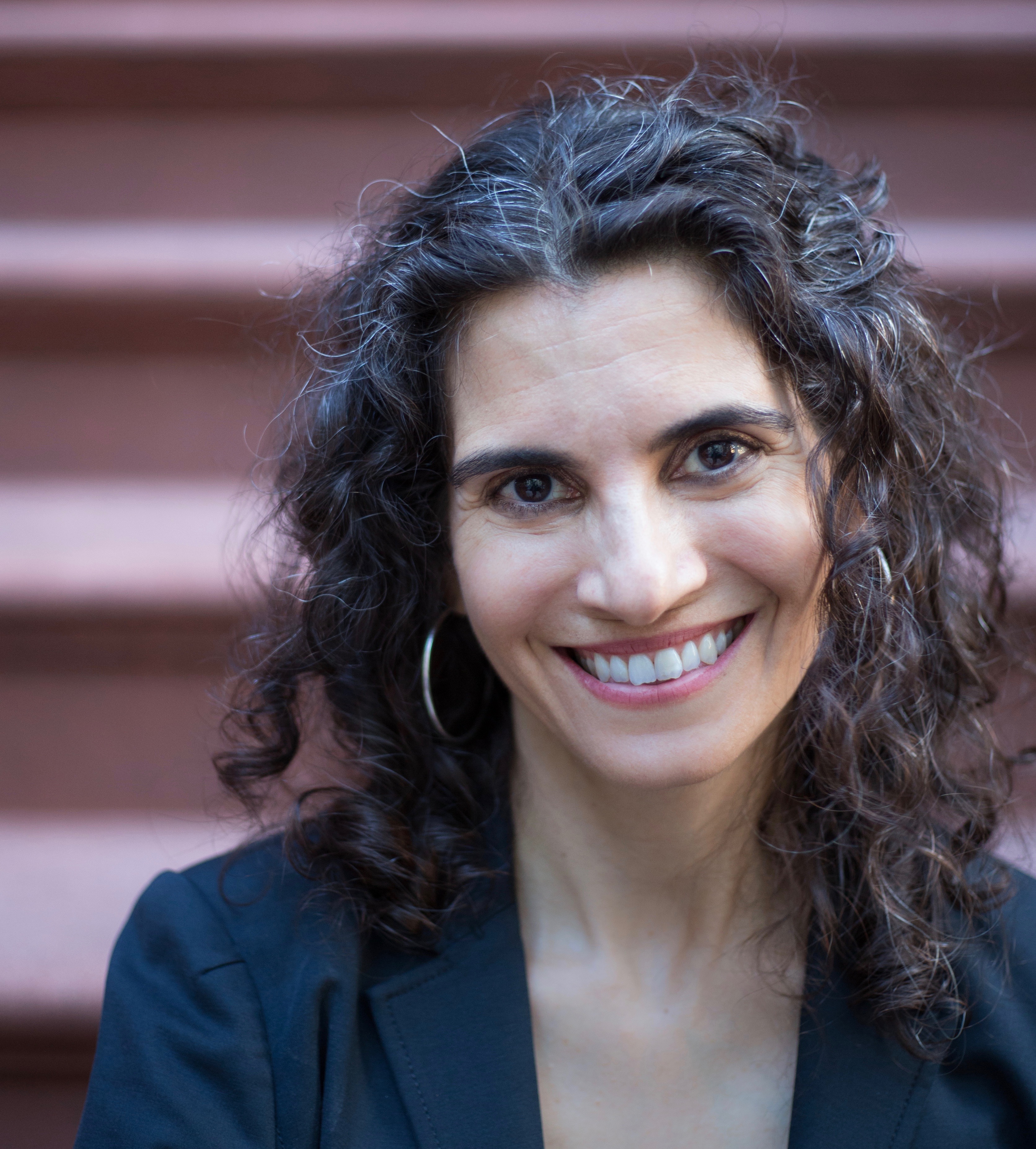 The Rev. Ana Levy-Lyons is senior minister of First Unitarian Congregational Society in Brooklyn, New York. Her work has appeared in UU World, YES! Magazine, Truthout, Criterion, and Tikkun magazine, where she is a contributing editor.