Dan Cryer 7/4/2011 Summer 2011
A nation of religious changelings
A nation of religious changelings
Dan Cryer
7/4/2011
UU World Magazine Summer 2011 , published by the Unitarian Universalist Association
Bookshelf
UU Theology
Religion in the United States is amazingly diverse. If you want Sunday-morning worship with electric guitars and a preacher with gel-spiked hair, check out the Saddleback megachurch in California’s Orange County. Pastor Rick Warren and the band will raise the roof in praise of their evangelical God. If sedate and traditional suit you better, you might try Trinity Episcopal in Concord, Massachusetts. If you are a Spanish-speaking Catholic, perhaps St. Pius V in Chicago (“San Pio,” to its parishioners) will meet your needs. Add Jewish, Mormon, Mennonite, Christian Scientist, Buddhist, Muslim, Hindu, Sikh, and Unitarian Universalist to our ever-expanding menu of religion choices.

By any standard, the United States is the most religious of advanced western societies. American principles that forbid state-sponsored religion while guaranteeing free expression of religion have forged what Robert D. Putnam and David E. Campbell, authors of American Grace: How Religion Divides and Unites Us (Simon and Schuster, 2010; $30), call a “thriving religious ecosystem.” Religion matters in the United States as it rarely does in Sweden or the Netherlands. It is not taken for granted—not even by those who regard it as the realm of superstition and foolishness.

In the past half century, however, according to Putnam and Campbell’s invaluable sociological study, this avowedly secular constituency has grown much larger, causing a profound polarization between it and those who are deeply religious. Meanwhile, the moderate religious middle has declined precipitously in numbers and influence.

Theoretically, this juxtaposition of religious intensity, polarization, and variety ought to be a recipe for disaster. In fact, it isn’t. That’s largely because of “the Aunt Susan principle.” According to the authors, “most Americans are intimately acquainted with people of other faiths.” There’s often an Aunt Susan in our lives—as nice, likeable, and ethical as she could be—who believes just as strongly in her Mormonism as you do in your Unitarian Universalism. Or there’s a coworker or a fellow soccer mom who erases the frightening otherness of another religion. It’s this American grace that usually slams the door against calamitous religious conflict.

What’s a little scary about this book is that, aside from a brief reference to Ralph Waldo Emerson, Unitarian Universalists have no place in it. Putnam, author of the influential Bowling Alone, and Campbell are social scientists, and too few UUs turned up in their comprehensive surveys of American religious attitudes of 2006 and 2007 to matter statistically.

So when the authors discuss their findings, they group American religions into broad categories of evangelical Protestant, Catholic, mainline Protestant, Mormon, Jewish, and Other. This last group may include a few stray UUs, but also Muslims and assorted others. Because they possess special characteristics, Black Protestants and Latino Catholics are also sometimes sorted out in the authors’ many charts and graphs.

Then there are the “Nones.” Unaffiliated with any religion, these people make up a surprisingly large number—17 percent—of Putnam and Campbell’s interview subjects. As disparate as these folks may be, they constitute the third largest grouping in the country, after Catholics and evangelical Protestants. However, they are not quite what you might expect.

Though Nones are often wary of religious institutions, they are not necessarily opposed to religion. Beginning in the early 1990s, disgust with the excesses of the religious right drove increasing numbers of young adults (some 20 to 30 percent of their age group) into this category. For most of them, for example, tolerance of homosexuality is taken for granted. Few of the Nones claim to be atheists or agnostics, however. While some feel more comfortable with the term “spirituality” rather than religion, the realm beyond the material and temporal clearly matters to them.

The Nones, like all other Americans, operate within a religious landscape remarkable for its fluidity. Americans in record numbers no longer remain blindly loyal to the religion of their parents. With sometimes casual ease, they switch allegiance from one to another. Marrying spouses of different faiths, as steadily increasing numbers do, they have to choose among religious educational options for their children.

Whether they have children or not, Americans carry a consumerist mentality into their religious lives, restlessly “church-shopping” until they find a comfortable fit. Thus they assess the appeal of competing theologies, clergy, worship styles, and sense of community. To grow or merely remain in place, religions may need to innovate and be more unabashedly entrepreneurial than they are accustomed to. For UUs, such a fickle marketplace offers both promise and peril.

First the promise. We are, after all, the denomination with an excellent introductory handbook titled A Chosen Faith. Shouldn’t that open-minded, flexible approach to religion give us a head start in the hunt for warm bodies? Don’t the Nones—17 percent of the U.S. population—with their attitude of seeking tempered by questioning, offer a treasure trove of possible new adherents? Shouldn’t we want to expand beyond our current feeble numbers, 155,748 UUs in North America at last count?

For three consecutive years, the UUA has suffered slight declines in membership. As President Peter Morales noted last year (uuworld.org, April 12, 2010), “The modest growth we have enjoyed for a generation has stopped.”

Despite these dispiriting trends, don’t we UUs have the open hearts and open minds to make us a perfect fit for this era of dynamic syncretism, when Americans of different faiths and ethnicities are mixing and matching religious ideas as never before? Diana Eck, professor of comparative religion at Harvard, thinks so. When she delivered the sermon at the October 2007 installation of the Rev. Dr. Galen Guengerich as senior minister at the Unitarian Church of All Souls in Manhattan, she said of our movement:

You are, in my estimation, the church of the new millennium. In this era, Unitarian Universalism is not the lowest common denominator, but the highest common calling. . . . In a world divided by race and by religion and ideology, the very presence of a church like this, committed to the oneness of God, the love of God, the love of neighbor and service to humanity, is a beacon.

The Unitarian [Universalist] theology, and yes you have one, does not reduce the mystery of the divine, the transcendent, but amplifies it, broadens it to include the investigation of the many, many ways in which the divine is known and yet unknown. . . . The world is in need of your theology.

For those of us already committed to Unitarian Universalism, this message seems right on the money. We get it. We have felt its power. But to people on the outside that’s not so obvious. Here’s the peril. Remember, today’s religious marketplace is fickle.

Let’s say you’re one of the Nones disillusioned by prior religious experience—a rigid theology, say, or a sanctimonous preacher—yet you still feel a need for grounding, transcendance, something more. So a friend invites you to the UU fellowship, and you like it. You’ve found spiritual nourishment that grounds and sustains you. But then your job takes you to another city. You walk into the Universalist church, and it feels like you’re on another planet. This one is definitely not your spiritual home.

In short, because of our wide-open embrace of a variety of religious experiences, it’s hard for outsiders to know what we really are. If not all things to all people, we surely are many things. Admittedly, in every religion there are different styles and emphases from one congregation to another, but Unitarian Universalism clearly isn’t portable the way, say, Roman Catholicism is. The mass has a recognizable consistency in Toledo, Ohio, and Toledo, Spain.

Another barrier for the would-be UU is that our faith is both too hard and too easy. It’s too hard in that we offer neither heavenly insurance policies nor guarantees of earthly happiness. We don’t offer easy answers; we are expected to create our own, drawing on our Six Sources. That’s a challenge many people simply can’t handle. They want to be told what to believe.

Our faith is too easy because joining rarely requires much thought or systematic study of our heritage and principles. Sign the book, and you’re in. Joining doesn’t demand any genuine commitment. The trouble with easy access, of course, is that it’s just as easy to drift away. Since Dean M. Kelley’s pioneering Why Conservative Churches Are Growing, published in 1972, studies have shown that religious institutions that demand a lot of their members—in belief, time, adherence to rules—tend to retain them better than institutions that don’t.

So where does this leave not-so-thriving Unitarian Universalism in our “thriving religious ecosystem”? Certainly in paradox. We should be, as Professor Eck suggested, the “church of the new millenium.”

But we’ve got a lot of work to do. We need to be more welcoming to people of all colors and classes. And we shouldn’t be afraid of advertising our strengths. Other faiths call that—dare I say the word?—evangelism.

American Grace went to print before most of the uproar over American Muslims—opposition to siting a mosque near New York City’s Ground Zero, a burning of the Qur’an in Florida—heated up the media. So it can seem a bit complacent about the state of interreligious comity.

For UUs, though, outbreaks of bigotry present an opportunity. By publicly expressing tolerance and compassion, we not only model good civic behavior but also demonstrate that our faith has a healing power worthy of respect and emulation. We need to be Aunt Susans to an America that still barely knows that we exist. 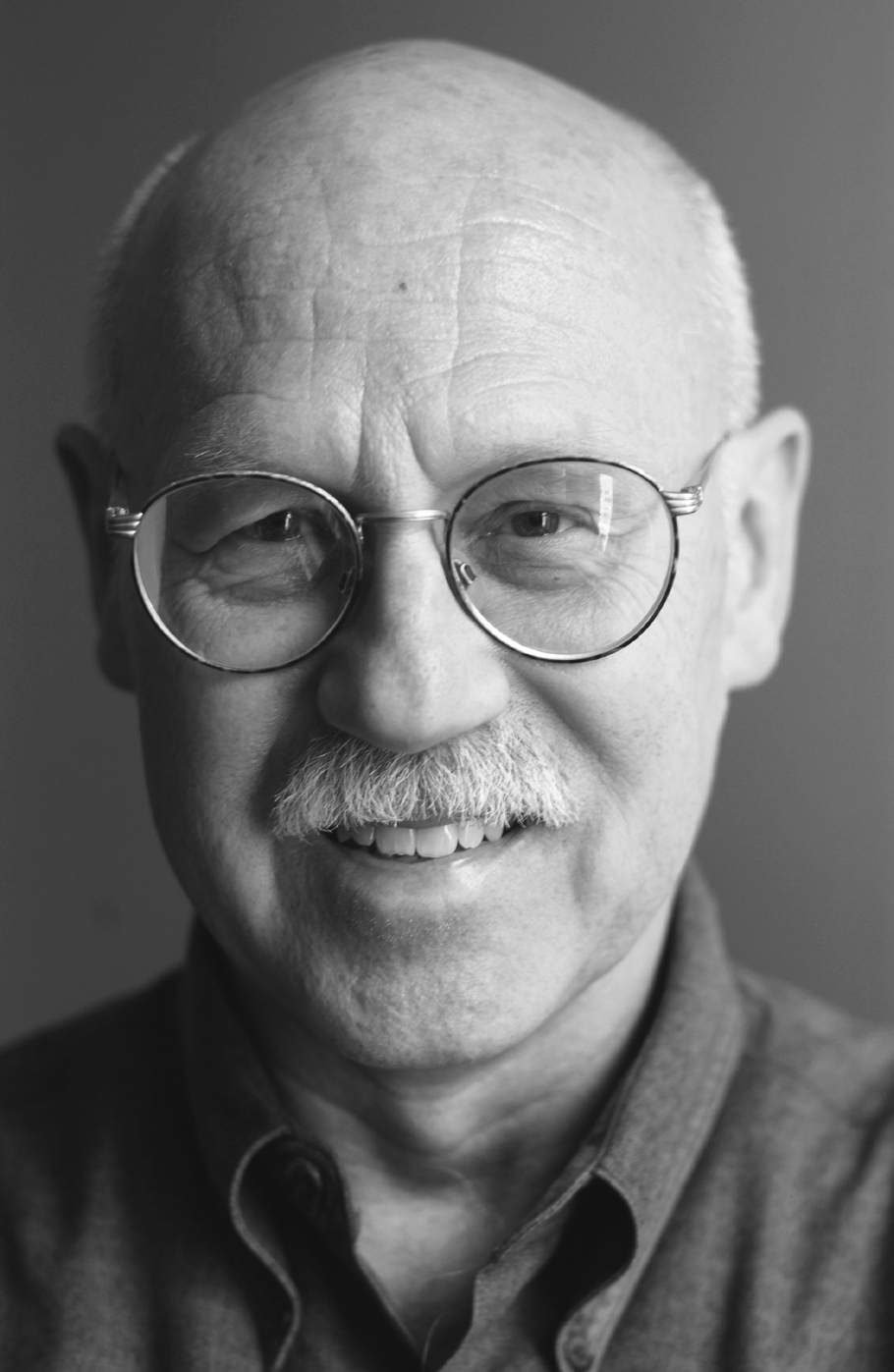 Dan Cryer, a freelance writer, is a member of the Unitarian Church of All Souls in New York City. He is the author of Being Alive and Having to Die: The Spiritual Odyssey of Forrest Church, scheduled for publication in fall 2011 by St. Martin's Press.