If we don't invest in our youth, others will

Eboo Patel | 2/21/2012 | Spring 2012
If we don't invest in our youth, others will
If we don't invest in our youth, others will
Eboo Patel
2/21/2012
UU World Magazine Spring 2012 , published by the Unitarian Universalist Association
Ideas
When the pictures of the nineteen 9/11 hijackers were published, I remember staring for a long time at the photographs of the terrorists, searching their faces for signs of dementia or marks of evil. But for the most part, they looked unsettlingly normal, perhaps even a little naive, more like the faces in a high school yearbook than on a Wanted poster. And then it occurred to me: the reason the pictures resembled those in a high school yearbook was that some of these murderers were barely out of their teens.

I remembered Yigal Amir, the extremist Jew who assassinated Israeli prime minister Yitzhak Rabin in 1995. I thought back to 1997, when a member of the Christian Identity movement named Benjamin Smith went on a shooting rampage across the Midwest, targeting Jews, Asians, and African Americans. Twenty-six and twenty-one years old, respectively. I thought about the news reports I heard consistently about religious violence in India, Sri Lanka, the Middle East, Northern Ireland, West Africa, wherever. The ages of the people doing most of the fighting, killing, and dying were generally between fifteen and thirty. The world had recently woken up to the increasing link between religion and violence. But there was something else going on that most people seemed to be missing: the shock troops of religious extremism were young people.

I was starting the Interfaith Youth Core—an international youth movement that applies the core value of all faiths, service to others, and uses it as a bridge—because I thought young people could be a major force in building religious cooperation. But I was having a hard time getting anybody to pay attention. Even people within the small interfaith movement generally treated young people’s involvement as a sideshow. But religious extremists didn’t view young people as an afterthought. Religious extremists saw a fire in young people that others were missing. They were stoking that fire and turning it into targeted assassinations and mass murder. In my mind, I was picturing a movement of young people working for religious understanding through cooperative service. In my newspapers, I kept reading about teenagers and twenty-somethings killing other people in the name of God. Their movement was strong and growing. I began to investigate why.

In India in the mid-1990s, about 6,000 schools, employing 40,000 teachers and educating more than one million students, were associated with the Hindu nationalist political party Rashtriya Swayamsevak Sangh (RSS). Textbooks used by many of these schools contain a map of India that includes Pakistan, Bangladesh, Bhutan, Nepal, Tibet, and parts of Burma. The alphabet is taught using Hindu symbols—A is for Arjuna, B is for the Bhagavad Gita, and so on. Letters that do not correspond to any Hindu symbol do not get taught.

Institutions require money, and religious extremists make the most serious investments. A financial network committed to an aggressive version of Salafi Islam has dramatically changed the Muslim world over the past quarter century. Salafis actively seek to destroy any diversity within the ummah and consider relations between Muslims and other communities anathema. How has this interpretation become dominant? Private foundations and wealthy individuals in the Persian Gulf have funded educational institutions that create textbooks, produce videos, and train Muslim preachers. Muslim communities around the world receive money to build lavish mosques, and Salafi imams are sent to staff them and make sure their educational materials are widely available at low cost. One expert calls this process the single most effective use of philanthropic money in the past two decades: “They [the Salafis] have managed to shift the meaning of Islam in the global marketplace of ideas because there is no meaningful competition of any kind.”

I recently read an Indian journalist’s account of the RSS. Toward the end, he confessed that he had been a member during the 1940s, when he was a teenager. It was the twilight of the colonial era, and he wanted to be part of something larger than himself. He joined the RSS because it seemed like the only option for a teenager with a growing political consciousness. He ended the article with a final detail: the more moderate Congress Party did not have an active youth wing in his area.

This same dynamic defines our world today. The totalitarians have put their resources into building youth programs. The pluralists haven’t.

I remember a conversation with a well-meaning Protestant in a wealthy suburb just north of Chicago. He approached me after a talk I gave on the importance of youth programs in religious communities and made a sheepish confession: “My wife and I really enjoy the church we go to, but my daughter, she hates it. She thinks the services are boring, and she complains that there’s no real youth program. The pastor keeps talking about starting one, but I guess he has other priorities.” He kind of shrugged as if to say, “At least we’re thinking about it.” Then he asked me offhandedly, “What do you suggest we do?”

He looked a bit taken aback. “Either that or make sure that the church starts a youth program that interests your daughter,” I continued. In my mind, it was a question of priorities: was he more interested in his daughter liking church or himself liking it?

Most people choose themselves over their kids. It is an entirely understandable choice, but we should not be blind to the consequences. It means that we will continue to fail our religious youth. I cannot help but think of the number of teenagers I know who say that they are bored in their congregations, that their church or synagogue or mosque or temple has little going on for them. The youth minister they liked was let go because of budget cuts. The Habitat for Humanity trip they were planning got canceled because the adult supervisor couldn’t make it at the last minute. The pastor or imam or rabbi can never remember their names.

Too many adults secretly consider the absence of young people in mainstream religious communities the natural course of events, viewing the kids as too self-absorbed, materialistic, and anti-authoritarian to be interested in religion. The result is that adults pay lip service to the importance of involving youths in faith communities but let themselves off the hook when it comes to actually building strong, long-lasting youth programs. Youth activities are typically the top item in a congregation’s newsletter but the last line in the budget. Youth programs are the most likely to be funded by short-term grants, and youth ministers are the first to be fired when a religious community has financial problems.

Were Yigal Amir, Hasib Hussain, and Benjamin Smith meant to be murderers? How about Osama bin Laden? They, too, were born with the breath of God within them. They, too, were made to be servants and representatives of God on earth, to steward his creation with a sense of compassion and mercy. What happened?

Every time we read about a young person who kills in the name of God, we should recognize that an institution painstakingly recruited and trained that young person. And that institution is doing the same for thousands, maybe hundreds of thousands, of others like him. In other words, those religious extremists have invested in their youth programs.

If we pluralists had invested in our youth programs, could we have gotten to those young people first?

Adapted with permission from Acts of Faith: The Story of an American Muslim, the Struggle for the Soul of a Generation, ©2007 by Eboo Patel (Beacon Press). The Unitarian Universalist Association has selected Acts of Faith as its 2011–2012 Common Read and has prepared a discussion guide for use in congregations. 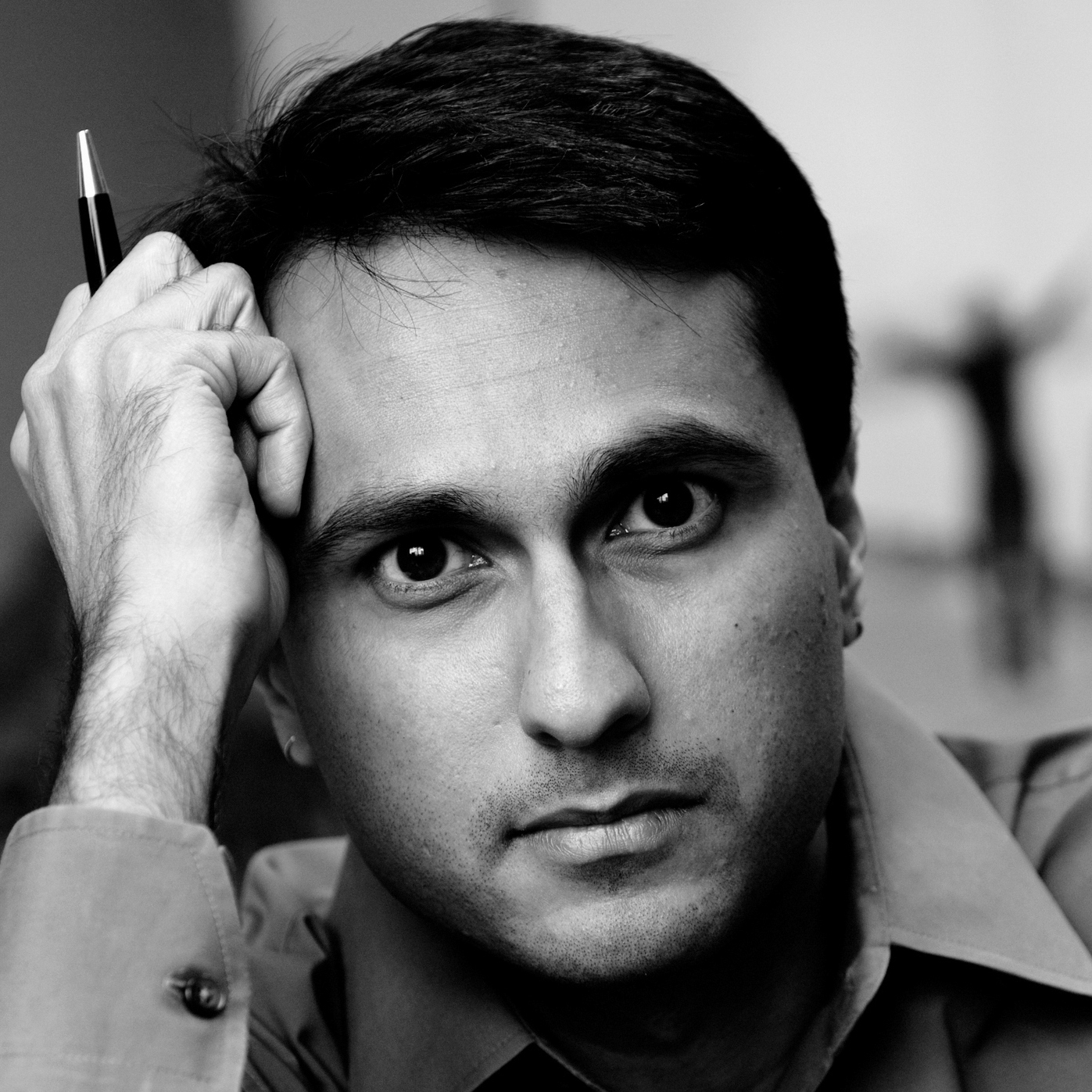 Eboo Patel is founder and executive director of the Interfaith Youth Core, an international youth service leadership organization, and author of the memoir Acts of Faith (Beacon Press, 2007), which the Unitarian Universalist Association selected as its Common Read for 2012.