Circus promoter P.T. Barnum created ‘the greatest show on earth,’ but he was equally devoted to championing his religion, Universalism.

Circus promoter P.T. Barnum turned his traveling menagerie into “the greatest show on earth.” What many people do not know is that Phineas Taylor Barnum (1810–1891) also vigorously promoted his chosen faith, Universalism, and its flagship college, Tufts University, which celebrates its 150th anniversary this year [2002]. Barnum, a major donor to the college, even gave Tufts its mascot: the world-famous elephant Jumbo.

Charles Tufts, a prominent member of the First Universalist Church of Charlestown, Massachusetts, had offered to donate land to the Universalist Church of America. But the early Universalists weren’t all that fond of the idea of starting a college to train their ministers. In the 1840s the Rev. Hosea Ballou and other older Universalists believed theological schools taught youth “how to evade the plain testimony of Jesus, and keep people from receiving it.” They were also suspicious of the elite, highly educated Unitarian ministers coming out of Harvard. By the mid-nineteenth century, though, Universalists started to embrace the idea of sponsoring a college.

In 1852—after Ballou’s death—the Universalist Church of America accepted Tufts’s gift of land for a nonsectarian school. Tufts College was born on a hill in Medford, Massachusetts, with “one building, four professors, seven students.”

To the Universalists, heaven in its essential nature is not a locality, but a moral and spiritual status, and salvation is not securing one place and avoiding another, but salvation is finding eternal life. . . . Immortal life is existence regardless of quality. Eternal life is right life, here, there, everywhere.
—Phineas T. Barnum, Why I Am a Universalist (Universalist Publishing House, 1890).

The founding of Tufts marked several firsts in secondary education. It was the first college in Massachusetts not established by the Congregational Church. (The Unitarians “inherited” Harvard, like many of their churches, from their orthodox Congregationalist cousins.) Tufts’s charter “expressly forbade a religious test or interference with the religious opinions of either faculty or students,” according to historian Russell E. Miller. And Tufts looked beyond the ranks of the clergy for its original board of trustees, tapping prominent laypeople like Israel Washburn Jr., the Universalist governor of Maine, and Barnum, the showman.

Barnum had grown up hearing frightening sermons in a Calvinist church. “I would return to my home and with the utmost sincerity ask God to take me out of the world if He would only save me from hell,” he later recalled. As a teenager, he embraced Universalism with great relief, and although he did not join a church until later in life he always advocated Universalism. His 1890 tract, Why I Am a Universalist, sold 100,000 copies in its first three years, and continued circulating well into the twentieth century.

Barnum not only supplied Tufts with notoriety and a healthy endowment ($50,000 early on, and more than $30,000 after his death in 1891), he also gave the school a piece of real Americana. After the death of his circus star Jumbo the elephant, Barnum donated the hide to Tufts. The stuffed eleven-and-a-half-foot-tall elephant stood in the lobby of Barnum Hall until a fire destroyed it in 1974. To this day the sports teams at Tufts are known as the Jumbos, and the head coach brings out a peanut butter jar of Jumbo’s ashes before each football game for good luck. 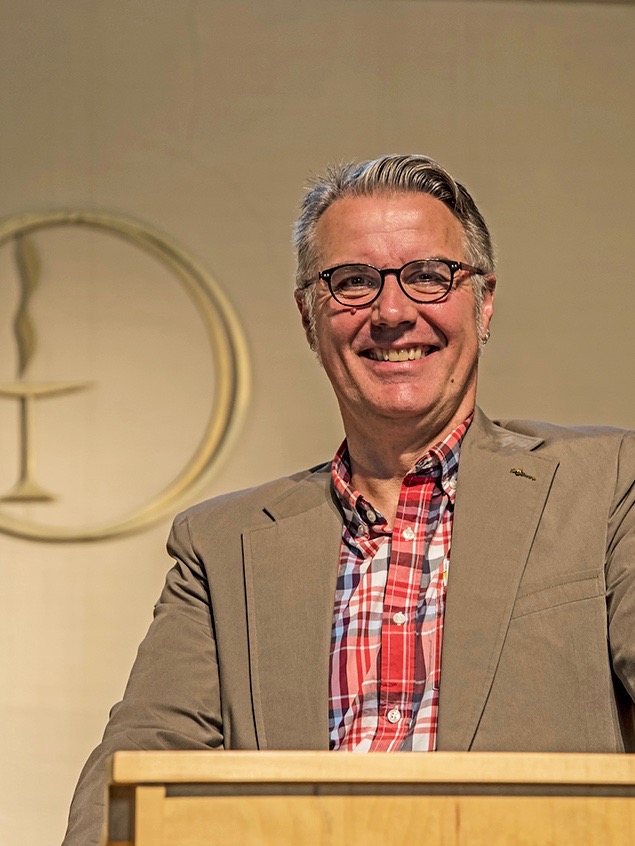 The Rev. Hank Peirce is minister of the Unitarian Universalist Church of Reading, Massachusetts.