In memory of all the Tamir Rices and Breonna Taylors in American history/herstory.

This post-January-6th “I Have a Dream
Day” we have a nightmare. The meteoric “Arc”
of the murdered prophet whose ways were love-
in-action, now bends in mind, goes the way of Santa’s
sleigh, the Easter Bunny, Tooth Fairy, toward all our gods.

Inclines the way agents of the state get off with
immunity from killing unarmed Black people, backed
with their union’s unity. It inclines now toward thousands
who got away with their mayhem at and in the domed Capitol
Building John Adams saw as incongruously being built with slave

labor. These days, no, no pot of gold. The Rainbow’s arc ends in
a bucket of Black blood used as a paperweight on a podium
there, and back in 1776 as an inkwell. And the nightmare’s
soundtrack is not “We Shall Overcome.” It is the word-
less blues cry of Hope, a surviving, ever-new-born,

brown as aged parchment, echoing out of the
temporary wreckage of Faith and Love at a
pipe-bombed Sunday School in an age
old place named Memory, USA. 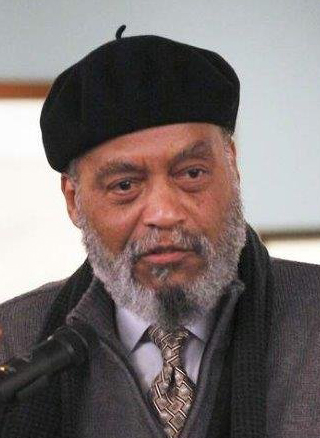