Two Unitarian Universalist seminarians say many in the military are receptive to liberal religion.

Only five to ten of their fellow UU seminarians, out of a total of 380 nationwide, are currently pursuing this vocation. A mere three ordained UU ministers serve as active-duty military chaplains. Although John Murray, considered the founder of American Universalism, was one of America’s first military chaplains, today’s UU ministers rarely follow his example.

How did Meadville Lombard’s aspiring chaplains come to defy this trend?

Pyle was raised by a military family in Tennessee and followed family tradition by enrolling in ROTC in high school. Another element of Pyle’s upbringing—his Southern Baptist religion—soon fell away. By his first year in the military Pyle no longer identified as a Christian, and he soon found himself radically “unchurched.”

A 1997 stint in Bosnia instilled a new conviction in Pyle: a deep opposition to religious hatred. This resolution ultimately led him to Unitarian Universalism, a religion whose pluralism and tolerance he valued. After five years of active duty and three in the Reserves, Pyle earned a college degree in 2001 and began working as church administrator and student minister at the UU Fellowship of Galveston County in Galveston, Tex.

When the United States invaded Iraq in March of 2003, Pyle faced a crisis. Deeply ambivalent about the invasion, he remembers “a feeling of failure at seeing it happen.” At the same time, he felt guilty for not being with the young men and women he had trained and with whom he himself had served.

The sense that he was betraying his fellow service-members nearly convinced Pyle to re-enlist. Yet over the next year and a half, through dialogue with the congregation in Galveston, Pyle realized that he couldn’t return as a combat soldier. “My personal faith had evolved to the point that I could no longer personally carry a weapon,” he recalls.

In particular, Pyle felt that he couldn’t actively affirm the inherent worth and dignity of every person while engaging in combat. “That’s not my view of how I want to be,” he explains. “I didn’t want to see myself as someone who would take someone else’s life.”

Meanwhile, members of his Galveston church were urging Pyle to consider the ministry. His immediate reaction, as he recalls, was “No! That’s what my mom wanted me to do!” But when a board member asked where Pyle might want to serve if he were ordained, Pyle remembers that “the word ‘serve’ hit me. The call that I was feeling to be with soldiers, with this call to UU ministry, started coming together.”

In 2005, Pyle applied to seminary. With his admission to Meadville Lombard, a letter of endorsement from the Unitarian Universalist Association of Congregations, clearance of military background checks, and approval by the Chaplains Board, Pyle officially became a Second Lieutenant and an army chaplain candidate.

For Pyle, this vocation was never a given. In the end, “being able to minister to our soldiers and veterans, especially in the wake of this war, [was] about the only thing that could get me to rejoin [the military],” Pyle said. “The idea of combining the two, ministry and military service . . . lit a passion in me that I can only describe as a calling.”

Seanan Holland, the other military chaplain seminarian, blazed a different trail to Meadville Lombard. Holland was raised by schoolteacher parents in the Canal Zone in the Republic of Panama, and from the age of eight nursed a passion for aviation. When he left Panama for Northern Michigan University in 1987, he had already considered military service. In his sophomore year of college, Holland joined the Marines.

Holland relished the challenge of the Marine Corps, and was also “impressed by the sense of responsibility that our instructors imparted to us about demonstrating the high values that we in turn could expect of each other,” he says. Upon graduation, Holland was commissioned as a second lieutenant in the U.S. Marine Corps, and after six months of basic training he set off for flight school.

Enter Unitarian Universalism. Having never truly connected with his Roman Catholic upbringing, Holland reports noticing “a personal ‘hole’ in my life” at flight school and knew that “it had something to do with spirituality.” On the advice of a Baptist friend, Holland visited and quickly felt at home within a local UU church. “I only visited a couple of times,” he recalls, “but I felt like I had found people who were speaking my language. Everywhere the Marine Corps assigned me, I looked up the nearest UU congregation.”

It was toward the end of Holland’s first tour as a helicopter pilot that he began considering UU ministry. “It started out as a very small question in a quiet voice,” he says. But as Holland’s military career progressed he continued to ponder this vocation, until by 2001 he had begun to financially plan for seminary.

But then 9/11 happened. As he watched military friends deploy to Iraq, Holland knew it wasn’t the right time to leave the Marine Corps. He completed his tour as an instructor, and three years later, in 2004, Holland himself left for Iraq.

When Holland returned in 2005, he still couldn’t shake the call to ministry. “I was still unable to free myself of the question of whether or not I was doing the thing my inborn talents would make me most suitable to do,” he says. Six months later, he enrolled at Meadville Lombard. Now a second-year student, Holland has “gained a sense of clarity about my calling to ministry and my desire to return to the Navy as a chaplain. There’s a special gratification in being able to serve the two organizations I believe in,” he says.

This compatibility, they say, owes largely to the interfaith nature of military ministry. According to Pyle, “a military chaplain does not only minister to those of their own faith, but to all of the service members of the unit to which they are assigned, no matter what that faith is,” he said. “Our religious movement’s stance on religious pluralism places our ministry in a wonderful position in relation to this aspect of military chaplaincy.”

Holland believes there is an underserved segment of the diverse military community. He hopes to build reciprocity between liberal chaplains and soldiers. If such chaplains minister in the military, he believes, soldiers will in turn advocate for their presence there.

Pyle feels a similar imperative. “The military will never grow to better reflect our UU values and principles unless we are serving in the military ourselves,” Pyle says. “By being there, we have the opportunity to have a voice within policy and its execution we might not have otherwise.”

Pyle and Holland have already begun to heed their calls to ministry. Starting on January 28, with the guidance of the Rev. Barbara Pescan of the Unitarian Church of Evanston, Ill., the two began holding Sunday Unitarian Universalist services for recruits in the Recruit Training Center (RTC) at the Great Lakes Naval Base in Great Lakes, Ill. The UU services are drawing six to ten recruits each week and Pyle predicts reaching 200 soldiers yearly. Though many who come won’t be UUs, Pyle says that basic training is often a period of religious exploration for recruits. This makes it, he says, “an amazing evangelical opportunity for our faith.”

Pyle and Holland are not alone in their efforts to enhance Unitarian Universalism’s military presence. The Rev. Lisa Presley, a doctor of ministry student at Meadville Lombard and interim district executive of the Heartland District, has made this her work, too. From her own experience as a volunteer police chaplain, and through conversations with UU military chaplains and candidates, Presley perceived “a general disdain for the military and police within our congregations and our ministry—a sense of working with police and military as ‘consorting with the enemy,’” she says.

Pyle concurs with Presley’s perception. Though he prefers to call such tensions “growing edges,” he sees Unitarian Universalism’s de facto disconnect from the military as a hurdle unique to UU military chaplaincy.

Holland agrees. “I have never really experienced any overt conflicts regarding my identity and profession as a Marine and my identity as a UU,” he says. Still, having always attended churches that host military service members, he observes and regrets veterans’ hesitance to share their military experiences with their UU communities. These communities fall short, he believes, when soldiers feel uncomfortable voicing their stories and needs. “Sometimes,” Holland says, “the politics that a prophetic public ministry requires get in the way of serving the personal needs of our congregants.”

This tension forms the basis of Presley’s doctoral project, which analyzes the relationship between UUs and military and police chaplaincy. Presley also created a working group to help the UUA’s ministry and professional leadership staff group write an official UUA policy on endorsement and support of military chaplains. As of March the group completed drafts of the proposed guidelines and they will be unveiled at the UUA’s General Assembly this June.

Meanwhile, back at Meadville Lombard, Pyle and Holland are nearly halfway through seminary. They both expect to graduate in 2009. But while both look forward to military chaplaincy, Pyle says that he “[does] not want to do it forever.” He hopes to serve a congregation at some point, or perhaps work for an aid organization such as the Red Cross or the UU Service Committee. Yet having observed a marked decrease in liberal chaplains in the last 10 to 15 years, Pyle feels that he “can’t leave military chaplaincy with a clear conscience” without knowing that his ministry will be continued. Until more UU ministers feel called to serve the military, Pyle and Holland will be holding down the liberal fort. 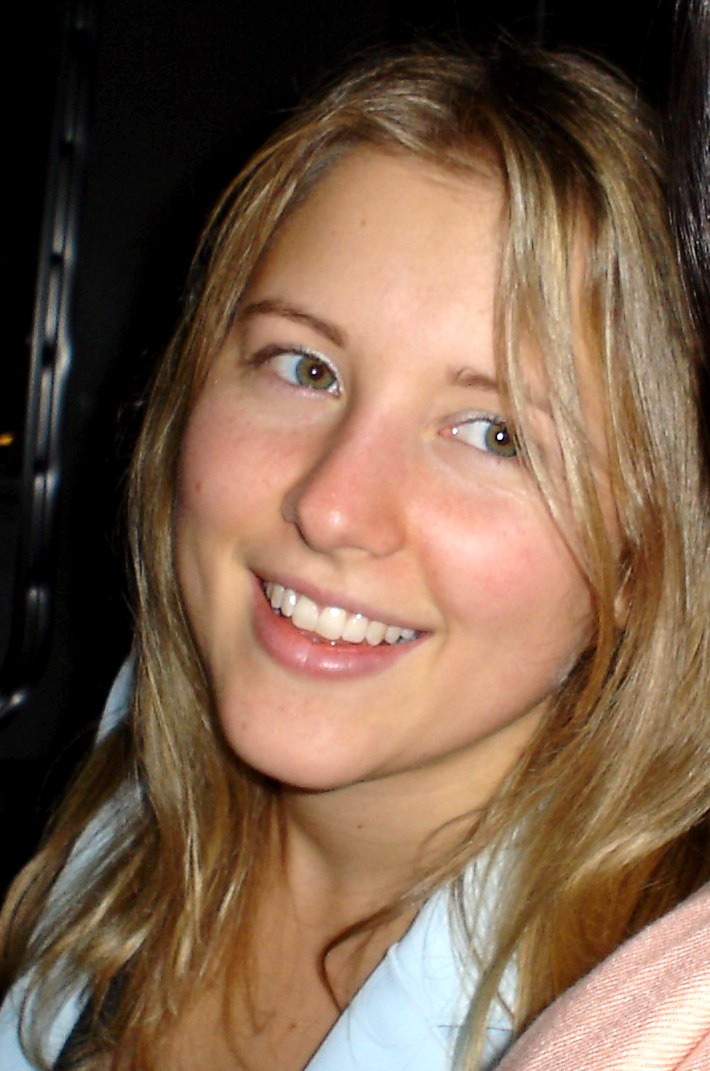 Leah Rubin-Cadrain was a UU World intern in January 2007 during her senior year at Yale University, where she majored in literature and religious studies. She grew up attending the Unitarian Society of Hartford, Conn.

Actions protesting U.S. treatment of migrants and asylum seekers were organized by the Latinx organization Mijente in San Diego on July 2.