Unitarian Universalist congregations are eager to resist many of the policies of the new Trump administration, but some leaders worry that political action might violate Internal Revenue Service regulations for churches. Where, exactly, is the legal line? And how do we know if our congregation’s advocacy efforts have gone too far?

We turn to The Real Rules, a handbook outlining the IRS guidelines on political activity by churches. Compiled by the Rev. Rob Keithan and David S. May, the guide is available on UUA.org as a free 21-page download. The preface is a helpful one-page summary of the three types of activities covered in IRS guidelines: Issue Advocacy, Lobbying, and Political Campaign Intervention. The last category is the one that churches and other nonprofit organizations need to be mindful of.

Susan Leslie, the Unitarian Universalist Association’s Congregational Advocacy and Witness director, offers a succinct explanation of political campaign intervention. “As long as congregations are not supporting or opposing candidates running for office,” she said, “then they can—and we hope they do—hold their elected officials accountable.” Unlike campaigning, lobbying is well within the rules, provided it’s an “unsubstantial” part of a congregation’s overall staff and volunteer time and budget (generally understood to be less than 5 percent). Lobbying includes many activities. For example, UU leaders have expressed concerns recently about supporting the Indivisible movement, which has an explicit mission to resist the Trump agenda. Leslie encourages them to get involved, because this is lobbying. “I have been reassuring congregations that it is perfectly acceptable to oppose policies of an elected official,” she said. “This includes the president.”

Churches and other nonprofits are not allowed to intervene in any candidate’s campaign, but once the winners take office, we may lobby them vigorously. We also may engage in issue advocacy at any time. This right extends to endorsing or opposing ballot initiatives during elections.

Unitarian Universalist values and resolutions call us to action on immigration reform, climate change, living wage, and many other justice goals. Congregations have passed their own resolutions, including supporting Black Lives Matter and becoming sanctuary churches. According to Leslie, advocacy is more than a legally protected right. “It is part of faithful witness, faithful democracy,” she said. For her, there is no question that political work is spiritual work.

But the IRS guidelines aren’t always so straightforward. To comply, churches must be able to demonstrate a consistent history of advocacy on an issue. This means that some congregations might actually need to do more lobbying and issue advocacy in between elections—but not so much that it becomes a “substantial” portion of an organization’s total activities.

Confused? The Real Rules will help. It’s filled with realistic, detailed examples of political action by churches and ministers, some that comply with IRS guidelines and some that don’t. The Congregational Advocacy and Witness staff are also available to answer questions. Meanwhile, Leslie recommends that congregations move ahead with zeal. “Overwhelmingly, our leaders need to be encouraged in their advocacy, witness, and organizing efforts,” she said. “The fact is that no congregation comes close to the measure of substantial advocacy activity that the IRS guidelines would consider a violation.” 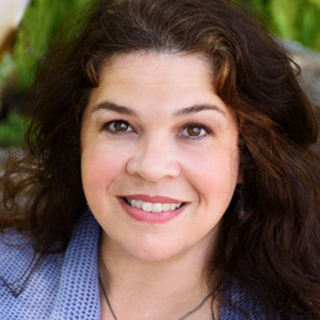 Janet Hayes is a writer and communications consultant living with her family in Oakland, California. She formerly served as public relations director for the UUA.

Valuing being kind and prophetic over ‘being nice’ would help Unitarian Universalists speak more powerfully to the present times.