Weeks ago I sat in my neighborhood coffee shop, spending an afternoon writing the week’s sermon. I noticed cars backed up on the street outside. One of the baristas said to another, “someone’s been shot.” Down the street at the dollar store, several police cars had blocked off the area.

“What happened?” the second barista asked. The first barista didn’t know. They went back to work, and I simply sat there, letting this information sink in.

It felt like a big deal, but you wouldn’t know it from looking around. Within a block, something terrible had happened, another human being had been hurt, was scared, maybe fighting for their life. Maybe they were still alive, maybe they weren’t.

And yet the coffee shop remained the same—its comfortable, gentle safeness undisturbed. People drank their lattes and tapped away at their computers. The whirl of machines punctuated the animated air of conversation.

It was very surreal because it felt like something should have changed. Shouldn’t we be doing something? Some great violence had been committed within sight, within earshot. At the very least, I looked for some kind of collective moment of acknowledging what was going on around us.

I couldn’t think of anything to do. Going over to the scene wouldn’t have helped. I wouldn’t be much more than a gawker, satisfying my own curiosity. So for want of any other option, I turned back to my laptop and kept sipping my drink. “Imagine,” by John Lennon, began to play in the background, and the afternoon continued.

We get accustomed to these things happening around us. They are a daily ritual on the news, in our neighborhoods and towns. They slowly wear on the spirit. We become desensitized and we accept them as normal. This is partially because we have to. It’s a survival mechanism. We do it to protect ourselves. It is better to be wise and realistic than to cling to illusions of safety or false hopes.

Still, it hurts. I feel pulled and conflicted, painfully reminded that I can only do so much. Part of me says to enjoy that latte for now. The other part also sees the suffering, but reminds me that it doesn’t have to be that way—that I should feel uncomfortable sitting there doing nothing, not because there is anything in that moment to do, but because I live in a world where such tragedies happen.

The small group ministry at the church I serve is talking about resiliency. The word can mean many things; it often refers to survival or exhibiting toughness. Resiliency allows us to weather the emotional and physical challenges we face.

Most of us, at least on a daily basis, aren’t worrying about our very survival. There is another kind of resiliency, though, the kind that sitting in that coffee shop forced me to remember: a resiliency of the spirit. It helps us maintain our humanity. It’s the resiliency that keeps us from accepting the normalcy of violence and suffering, and that refuses to let the world change our sense of how the world could be.

This is a hard kind of resiliency. It goes beyond just keeping our hearts beating another day. It’s the decision to take a hard road over an easy one, because staying true to ourselves and our values, and being able to sit in discomfort, takes strength.

Unitarian Universalists are often accused of being moral relativists, and of having no core of faith to worry about preserving or holding on to. We have no creed, no doctrine we must sign to agree with when we join our congregations. People say we can believe anything we want, that we go this way and that, without any center or roots.

Religious liberals are unusual in many ways. But I don’t think it’s fair to say we don’t have a center, or roots, or that we don’t hold onto our faith dearly. We know that ideas around truth are shaped by our culture and our own experiences. We are skeptical of big claims about “Truth,” because history shows how often human beings are wrong. These beliefs aren’t failings, nor are they signs of weakness or of shallowness. These are acknowledgments of the basic nature of the world and our place in it. They show we are adjusting to the lessons the world teaches.

I’ve rarely experienced Unitarian Universalists as wishy-washy, without firm beliefs, or without a strong sense of right and wrong. We can be as stubborn and hardheaded as the next tradition. We are passionate and full of convictions. While we might refuse to state with certainty whether God exists or not and happily welcome people who aren’t sure of what they believe, this is not out of a moral hesitancy or timidity. It’s the belief that what really matters is not the surface level of religious life that bubbles up as creeds and doctrines and rituals.

The adaptability of Unitarian Universalism should not be mistaken for an absence of a strong core. There are things that we believe should not be compromised. At our best, we would not compromise on the inherent worth and dignity of every person, or the democratic process, or the pursuit of world peace or justice.

When we talk about spiritual resilience, I think we are talking about making sure we don’t lose those core values. We need to stay strong even if it’s hard, because that’s the only way anything will change.

I heard it said that God demands from his people a blessed unrest. Emerson said that “only so far as people are unsettled is there any hope for us.” There is something sacred in this feeling uncomfortable. The unease serves as a bell of awareness, ringing alarm that the world is not as it should be.

Being spiritually resilient means staying strong, and letting ourselves sit in this discomfort—even, or especially, when it leads us to believe or act in unpopular ways.

We can become a more spiritually resilient faith. It is nothing we cannot do, difficult as it is. So let’s keep preaching, let’s keep working and hoping and listening, in this place of blessed unrest. May we not become numb to the tragedies and injustices around us, and may we remember that human life matters, all the time, everywhere. 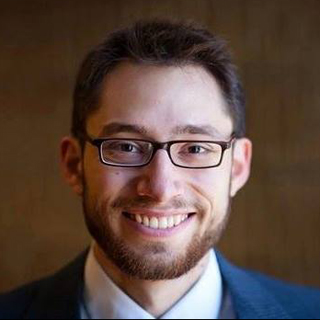 The Rev. Schuyler Vogel is the minister of United Unitarian Universalist Congregation in Waukesha, Wisconsin. He is a recent graduate of Harvard Divinity School and previously served two UU congregations as a religious educator.