The road back to being human together

Multifaith coalition is the redemptive spark for a polarized people.

On April 29, 2013, the North Carolina NAACP made national news when it organized a protest during which seventeen persons, many of whom were college students, were arrested during a session of the North Carolina General Assembly in Raleigh, the state capitol, after seeking to meet with their state representatives. The students were worried about the political direction in which their state was heading. They were not the only ones.

In 2012, and for the first time since 1870, Republicans gained control of the state’s senate, house of representatives, and governor’s office. Within months, legislation negatively impacting voting rights, access to abortion, environmental justice, public education equity, and racial justice had passed both houses and had gone into effect under the governor’s willing pen.

Until 2013 much of the social justice advocacy in North Carolina existed in silos of small issue-based coalitions. Under the leadership of the North Carolina NAACP president, the Rev. Dr. William J. Barber II, a new, fierce, fusion coalition emerged—the Moral Monday movement. On April 29 the movement made its concerns and its commitment plain as the coalition shouted in the halls of the General Assembly, “Forward together!” Three weeks later, I, too, would be arrested in North Carolina for moral obedience as part of the Moral Monday movement. And I would be arrested there again, in 2015, as the struggle continued.

There are a host of issues that form the fourteen-point agenda of the Moral Monday movement, but critical to all of these is voting rights. In August 2013, Governor Pat McCrory signed into law one of the most egregious voter suppression bills since the beginning of the civil rights movement. The 2013 law included requirements for a state-issued ID, reductions in early voting, elimination of same-day registration, and reductions in access to voting for college students. To combat this law, the Moral Monday movement has three approaches: challenges in the courts, showing up at the ballot, and civil disobedience in the statehouse.

April 2013 to now has been three long years.

As we walked into the polling center for the March 2016 primary elections, I explained to my 19-month-old daughter that we were participating in democracy. “Democracy!” she cheered as she raised her arm with glee. Well, actually it sounded a bit more like, “duh-mock-see!”—an accurate snapshot of North Carolina politics at the present moment.

Holding my daughter, I reached into my purse.

This was not the way I wanted my daughter to learn about democracy.

But then I remembered. This was not her first exposure to democracy. My wife, our twins—a son and a daughter—and I attended a Moral Monday gathering in September 2014, when the twins were four weeks old. Their first Moral Monday gathering began with the Rev. Kojo Nantambu of the North Carolina NAACP offering a blessing over their heads.

It was a typical Moral Monday gathering. It began with a multifaith service. We sang and cheered and listened to Barber preach. We gathered in a house of worship, because our issues are moral issues, about the basic rights and dignity of people, about how we understand our most elemental relationship to the earth, and about the world we hand to our children. After the service, we proceeded together to a large rally, where speaker after speaker tied together the connections between seemingly disparate justice issues.

The spirituality of the movement is woven throughout each element of our coalition. When we are engaging in civil disobedience, we offer our blessing over those who would travel into the North Carolina General Assembly session and risk arrest for moral obedience to the cause of justice. When there are arrests, we await the release of those taken into custody. As they come through the metal release doors of the detention center, we greet them and hug each of them, often telling them (as I was told upon my release), “We love you. We need you.”

These three years have been hard and wearying. Sometimes I wonder if we are making a difference.

How do you measure winning when the attack is so massive?

McCrory’s approval ratings have plummeted. The courts have overturned gerrymandered districts. Most of the protesters have had all charges dismissed. The North Carolina NAACP took the state to court to contest the voter suppression laws. Organizers across issues are working together. Moral Monday coalitions, based in fusion politics, have sprung up in Connecticut, Florida, Alabama, Missouri, and Indiana. People are watching North Carolina.

And there are harder wins to calculate. The Moral Monday movement is a courage cultivator. Cities like Charlotte, where I minister, are becoming more courageous. Charlotte elected one of the most progressive city councils in recent history. It passed a nondiscrimination ordinance to protect LGBTQ residents. The Charlotte Clergy Coalition for Justice was formed in 2015; it now has seventy-plus members working together on racial and economic justice, environmental justice, education equity, and LGBTQ rights. Colleagues who were once leery of speaking out on issues are showing up.

The Moral Monday movement gave us moral courage, and Barber, its founder, reminded progressive people why faith matters in the public square.

I now believe that multifaith community and coalition is the future of the movement, the soul of the South, and the redemptive spark for an embittered, battled, and polarized people.

But multifaith collaboration and coalition building has not always been easy. And Unitarian Universalists, truth be told, have sometimes struggled with sharing the words to a hymn, bowing their heads in prayer, or swaying to a spirit whose existence they may question or refute.

As an out lesbian, I will admit that early on I wanted to know where some of the people stood on LGBTQ rights before I would engage in multifaith collaboration. Barber, a black Protestant, is an outspoken ally and advocate of LGBTQ rights, so what caused my hesitancy? If I am really honest, some of my hesitancy came from my own racism: I assumed people of color from a Christian background would be anti-LGBTQ. Some of my hesitancy came from my childhood, when I was hurt by religious vitriol that was distinctly biblical and anti-LGBTQ. If I am even more honest, then I can say some of my hesitancy was embedded in a progressive hubris that placed political identity, social identity, and individualism before relationship.

Working through the tangles of fear and prejudice is never easy. But I know the place that is past fear.

Over the last few years, the unexpected love and embrace offered by the diverse body that composes the Moral Monday movement changed me. Now I sit at tables that previously did not exist and with people who previously did not speak to one another.

In Salisbury, North Carolina, where I live, I am part of a coalition working for racial justice. Salisbury is a small southern town not known for its progressive spirit. On voting day, after going to the polls for the primary elections, the coalition gathered at the library for a meeting on systemic racism in our town. As I sat down I said, “I hope everybody voted!” Face to palm, I immediately felt embarrassed. I looked around the room, remembering that two of our members had felony records and could not vote. Across a long table, a younger man smiled at me. I nodded, acknowledging what I said. And then we started the meeting.

It is a long road back to being human together. Winning on that road cannot be measured in a single election, a single vote, a single court decision, or a single legislative bill. Winning is watching a people wake up. Winning is speaking up for more than “your issue.” Winning is realizing what matters most is stronger than anything they can throw at us or anywhere they can throw us.

So, yes, we in North Carolina, we are winning. 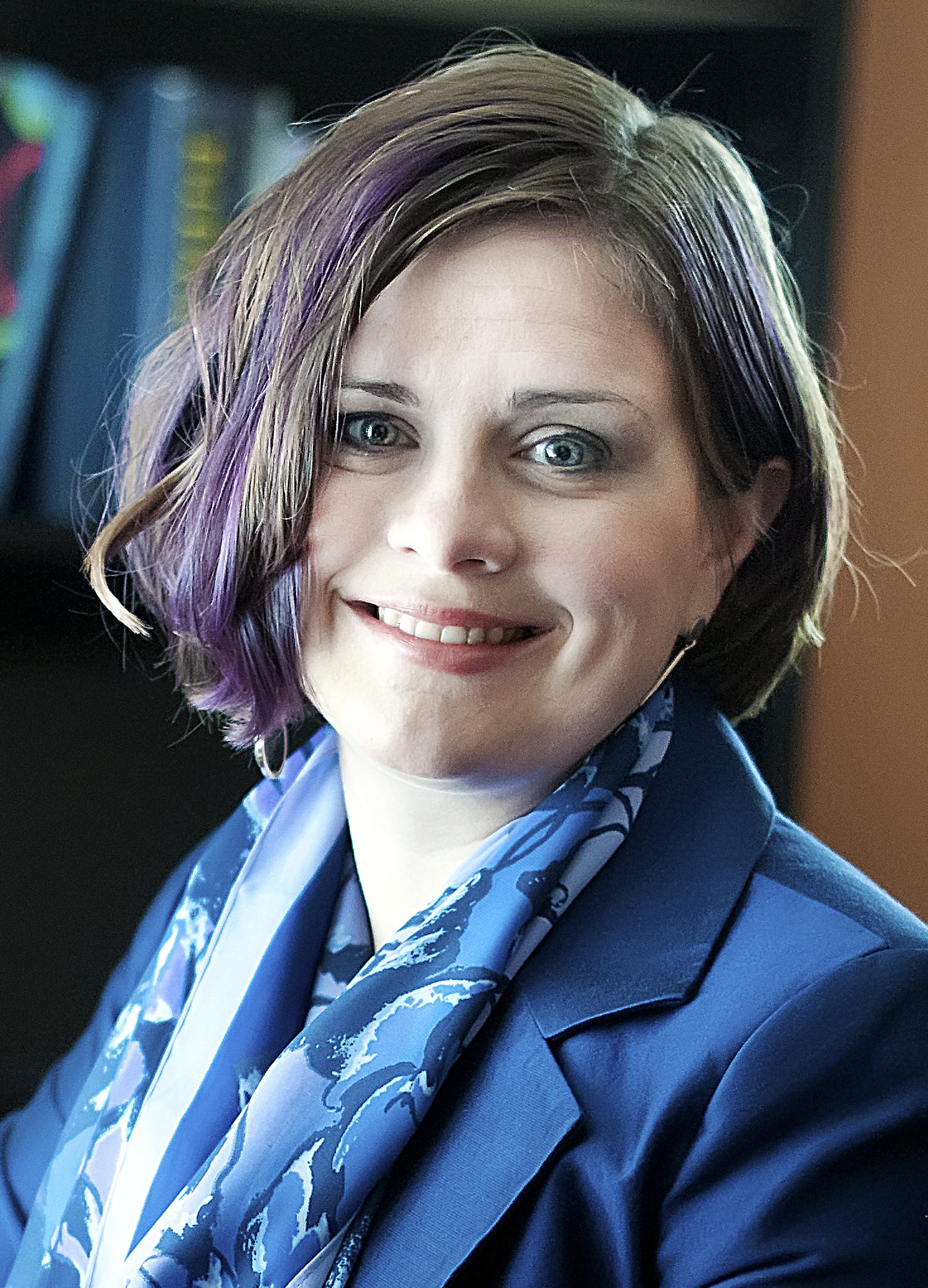 The Rev. Robin Tanner is Minister of Worship and Outreach at The Unitarian Church in Summit, New Jersey.

UUs from many states joined tens of thousands for 'Moral March' in Raleigh February 8.