The spiritual heritage of the Occupy movement

The Occupy protests have much in common with political movements of the 1840s, 1890s, and 1930s&mdash;including a spiritual dimension.

Daniel McKanan | 11/14/2011
The spiritual heritage of the Occupy movement
The spiritual heritage of the Occupy movement
Daniel McKanan
11/14/2011
UU World Magazine , published by the Unitarian Universalist Association
Ideas
UU Identity, Social Justice, Social Justice
Almost two hundred years ago, shoemakers, tailors, and other “working men” gathered at Philadelphia’s First Universalist Church to protest the increasing inequality of their society. Wealth was becoming more concentrated, workshops were growing into factories, and artisans could no longer hope to rise from apprentice to journeyman to master craftsman. “When we look around us, my fellow workmen,” declared leader William Heighton, “we behold men on every side, enjoying wealth in all its luxuriant profusion . . . while we, comparatively, receive nothing but the crumbs which fall from their tables.” The situation betrayed the revolutionary promise that all people are created equal, and Heighton proposed a revolutionary solution. He called on workers to educate themselves, to join a federation of unions, and to vote only for other workers. The resulting “Working Men’s Party” was the first of its kind in the world, and it prodded the major parties to expand voting rights and create the public school system.

Heighton would fit right in at the “Occupy” demonstrations in cities across the United States. Once again, Americans are standing up to declare that economic inequality is a grave threat to democracy. Once again, people who have been disempowered by economic changes are finding new power by coming together, sharing their stories, and promising to work together. And once again, they are claiming a new identity that underscores their common cause: the “Working Men” have become the “Ninety-Nine Percent.”

Heighton’s Working Men and today’s Occupiers stand in a continuous tradition of struggle for economic justice. The tradition includes the Knights of Labor, the Industrial Workers of the World, and the Congress of Industrial Organizations, labor movements that challenged the traditional division of workers into specific “crafts.” It includes the Populist movement of the late nineteenth century, the Socialist party of Eugene Debs, and the Popular Front of the Great Depression, political movements that challenged the major parties’ dependence on corporate wealth. It includes “Coxey’s Army” of unemployed workers who marched from Ohio to Washington, D.C., in 1894, and the Rev. Dr. Martin Luther King Jr.’s “Poor People’s Campaign” of 1968, in which poor people of all races established a tent city in the nation’s capital. Remembering this history is one way to deepen our commitment to justice struggles today.

Recalling the long struggle for economic justice is especially important because the Occupy movement differs in important respects from activism of the 1960s. The African- American freedom struggle, the student uprisings, and women’s liberation were all “revolutions of rising expectations”—attempts to accelerate and expand the egalitarian project of the New Deal. Americans had prospered greatly during the postwar years, and members of marginalized communities mobilized to ensure that they would share in that prosperity. Others, especially college students, were radicalized by the paradoxes of their own privilege. Having been “bred in at least modest comfort,” Students for a Democratic Society refused to inherit the complacency of middle-class society. They also initiated a shift in radical energies away from the category of “class” (then associated with a complacent labor movement), and toward emerging identities based on race, gender, and sexuality.

The situation today is more akin to the 1840s, 1890s, and 1930s—decades when extended economic downturns blurred the boundaries between the privileged and the oppressed. A sense of shared economic distress led the Populists and Popular Fronters to stress the divide between a tiny plutocracy and the vast majority of struggling Americans. At its best, the result was common ground politics—expressed, for example, in the ways white Socialists and Communists (as well as members of newly planted Unitarian fellowships) embraced the cause of black sharecroppers in the south. The danger, though, was that “big tent” economic populism sometimes resulted in the neglect of the special struggles of particular groups and even the scapegoating of minorities. With many veterans of the sixties movements in their midst, the Occupiers are nicely positioned to avoid this danger.

All the struggles for economic justice have had significant spiritual dimensions. When people find power by coming together, they experience something similar to religious conversion—whether or not they are affiliated with a formal “church.” It was no accident that William Heighton started his movement at a Universalist church, and no accident that other branches of the Working Men’s Party were launched by Methodists and Quakers who were distressed by the velvet cushions and plush carpets that symbolized class privilege in their denominations. Activists who bitterly resented religious institutions for having betrayed ordinary people still used religious language to express their ideals. Jacob Coxey predicted that his march would “either mark the second coming of Christ or be a total failure.” The Yiddish socialist Abraham Cahan called himself a proletarishker magic, or “proletarian preacher,” and promised Jewish immigrants that they would find a “spiritual pleasure which is higher than all” in fighting for socialism. Some members of the Industrial Workers of the World, or “Wobblies,” declared the IWW as their religion when they were arrested for civil disobedience, and sang the radical hymns of Joe Hill: “There is pow’r, there is pow’r, in a band of workingmen, / When they stand hand in hand.”

Given the spiritual intensity of popular mobilizations, people with more traditional religious commitments often yearn to connect those commitments to their activism. In 1932, an activist named Dorothy Day who had recently become Roman Catholic observed the Communist-led “Hunger March” of unemployed workers to Washington. Day felt “joy and pride in the courage of this band of men and women,” but she wanted to connect it to her own faith. The result was the Catholic Worker movement, which has since grown into an international network of urban “houses of hospitality” and small farms. People come to Catholic Worker communities out of need or out of idealism—and often out of both!—and together they build community and resist the forces of greed and war.

Similarly, when a group of Harvard Divinity School students and members of The Crossing (an experimental Boston congregation in the Episcopal tradition) first traveled to Occupy Wall Street, they chose to bring their full religious selves by wearing liturgical vestments and calling themselves “protest chaplains.” As participants Dave Woessner, Marisa Egerstrom, and Heather Pritchard explained to their classmates, that choice led to some surprises. Though they expected to join the prophetic witness of the demonstration, many demonstrators also sought them out for pastoral support. People with deep spiritual struggles found a safer space to talk about those struggles in the occupation than at church. The protest chaplains were also surprised by the interfaith spirituality of the movement. They had originally envisioned their work as specifically Christian—a way of countering the media’s tendency to conflate Christianity with the Christian Right. That’s still an important part of their witness, but they are also now welcoming Jewish, Buddhist, Muslim, and Unitarian Universalist protest chaplains to their work in Boston.

Surprises of this sort may be the greatest gift of the Occupy movement. Though the Occupiers stand in an ancient tradition, they are also doing new things. Some have to do with the unique situation of the young people who predominate in the movement: Most likely, they will be the first generation of Americans whose lives will be on average less materially prosperous than their parents’. As the twentieth-century economy built on cheap oil and mass consumption unravels, their challenge is to create social and cultural wealth with fewer material resources. If they succeed, it will be because they have embraced the sort of cooperative and spiritual practices that so many are now trying out in the Occupations. And so they will write a new chapter in an ancient story. 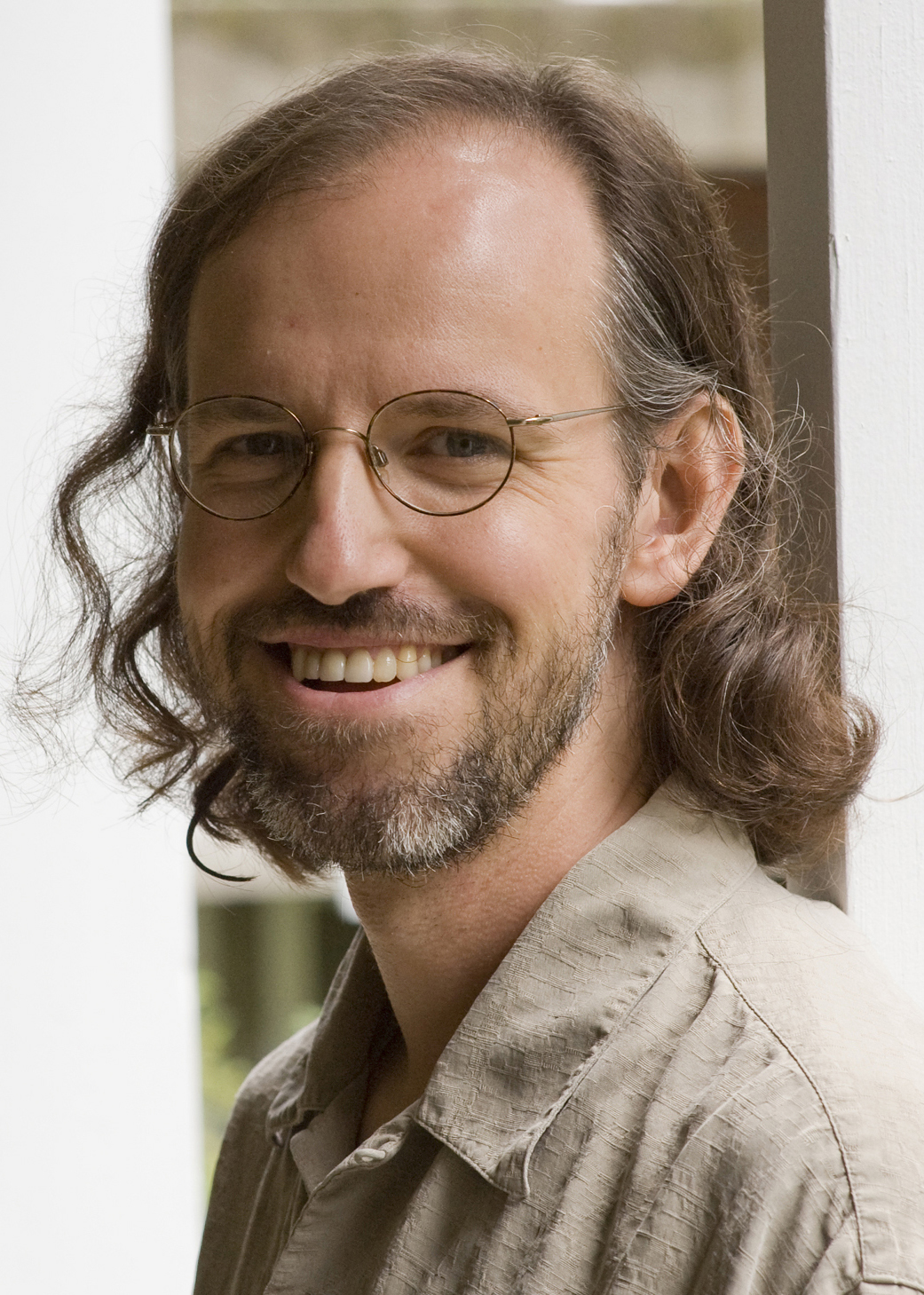 Daniel McKanan is the first Ralph Waldo Emerson Unitarian Universalist Association Senior Lecturer in Divinity at Harvard Divinity School. He is the author of Prophetic Encounters: Religion and the American Radical Tradition (Beacon Press, 2011), among other books.

He and his family worship at the Unitarian Universalist Church of Medford, Massachusetts.