In the place of the historical, Steampunk imagines an adventurous, equitable, even multicultural alternative.

Matthew Crary 2/10/2014 Winter 2013
Steampunk's creative reinvention
Steampunk's creative reinvention
Matthew Crary
2/10/2014
UU World Magazine Winter 2013 , published by the Unitarian Universalist Association
Ideas
The twentieth anniversary Riverside Dickens Fest was my entry into Steampunk. The church I was serving, the Universalist Unitarian Church of Riverside, California, had a longstanding fundraiser of serving Victorian-inspired food to the thousands of people attending the weekend festival. Food service in bonnets and vests had worn down the congregation over time, so we temporarily rechristened our congregation “The Society of All Souls Steampunk of Yesteryear” or “SASSY,” and dove in.

We didn’t know much to start with beyond the goggles and gears image, but we did know Charles Dickens, his Unitarian values, and this enigmatic quote from John Clute in the Encyclopedia of Science Fiction: “There’s no getting away from the man who invented Steampunk: Charles Dickens.”

What is Steampunk? At first glance it simply seems a fantastic, brassy revision of the Victorian era, but as I’ve sorted through the internet’s many images and blogs, engaged people at a weekend convention, and even hosted several events, I’ve found it is less about the past and more about what Steampunk fans envision for themselves today.

“Steampunk is an aesthetic to be filled,” stated Jaymee Goh, in her introduction to Steampunk during our “SASSY Sunday” worship. Jaymee, who served on the SASSY planning team, is a postcolonialism scholar and an expert on Steampunk multiculturalism. I learned from her that Steampunk invites eclectic contributions. It is expressed through literature, fashion, music, and art that encourage the reflection, revision, reinvention, and reimagining of who we are today.

Continuing my research in preparation for the Dickens Fest, attributing so much to Dickens began to seem narrow and inaccurate. Victorian authors Jules Verne and H.G. Wells had crafted the science fiction, and engineers James Watt and Isambard Kingdom Brunel and Nikola Tesla had invented the mechanics that are essential to Steampunk’s flavor of imagination, adventure, and gadgetry. It wasn’t until 1987 that the word “Steampunk” was applied to the fiction of K.W. Jeter, Tim Powers, and James Blaylock. Planning our church’s “Phileas Fogg Costume Ball,” I had to wonder: What did Charles Dickens contribute to Steampunk?

The expansion of British rule and the rise of the Industrial Age brought with them glaring injustices, many of which Dickens made the underpinning of his most famous and cherished narratives. Yet beyond his “vision of humanity knotted into the subterranean entrails of the city machine,” as Clute describes it, Dickens’s message was that even the most inhumane and covetous of humanity could reflect on their condition and change. He was drawn to Unitarianism, as he wished to unite with those “who would do something for human improvement if they could.”

Steampunk proposes, as a fantastic alternative history, that instead of degrading the human spirit, the Industrial Revolution and the British Empire were employed to lift it up. Steam-powered machines, instead of becoming the masters of humanity, are revised as the means to encounter new people and worlds. The Victorians become retooled by ingenuity and wonder to rise above and beyond the murky past. In the place of the historical, Steampunk imagines an adventurous, equitable, even multicultural alternative.

The final step in our Dickens Fest event planning was to invent Steampunk personas. Ms. Lenora Mugridge, Lady Ida Grey, and Miss Gwendolen Vholes Brownley were born with stories of courage and freedom that reflected the real hopes and dreams of their writers. Inspired by them, I crafted Magellan MacQuarrie. Born from my Scottish heritage, Magellan wears a kilt and smokes a pipe. He’s a Steampunk reflection of myself, more humble, more adventurous, and more connected to those around him. He inspires me to live this way, too.

The joy of Steampunk at Dickens Fest made me a fan of the form, but what continues to inspire me is the reflection and reimagining it can invite. When we renamed our congregation SASSY we weren’t attempting to rewrite our congregational history, but we were attempting to employ our history to reflect who we are today. Like Steampunk fans, we’re not seeking to step back into bygone days or rewrite old wrongs, so much as we are using fantastic interpretations of the past that invite us to live as who we just might be today.

This article appeared in the Winter 2013 issue of UU World (pages 54-55). Photograph (above): Members of the Universalist Unitarian Church of Riverside, California, in Steampunk gear for a Dickens Festival (© Ameena Silva). 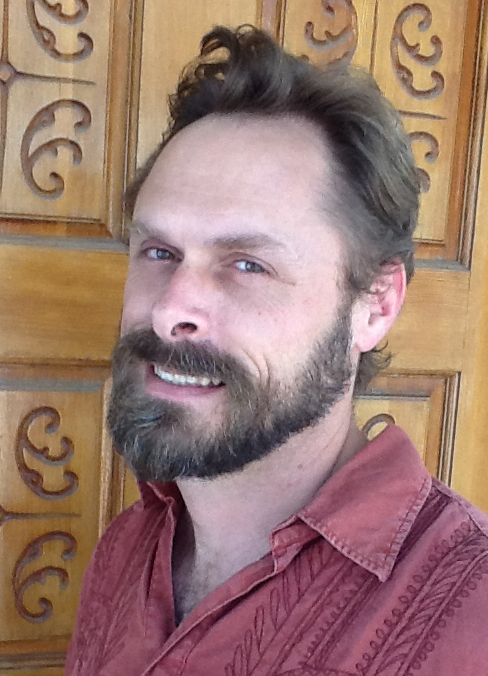 The Rev. Matthew Crary is developmental minister of the UU Congregation of Amado, Arizona, and serves on the Pacific Southwest District's board and on the district's minsters' association board.