Advancements and challenges to transgender rights herald a new era calling for a recommitment to deep engagement.

On the morning of November 3, 2018, just a few days before the midterm elections, I woke up to find my inbox full of news alerts. They weren’t from CNN or the New York Times. They were from a neo-Nazi website. Overnight, it had published an article featuring an interview I’d done in Teen Vogue about a brutal week for transgender people—one that included erasing us from existing civil rights laws, banning us from military service, and attempting to write us out of UN human rights documents. Not surprisingly, calls to Trans Lifeline—a peer support crisis hotline I was running at the time—had skyrocketed. The author of the neo-Nazi article pointed to my comments that these policies had a body count, and my appeal that voting that week was a matter of life and death. He followed my words with a picture of a noose, and a call to readers to vote as a means of killing transgender people. He knew as well as I did that life and death wasn’t a metaphor.

These last four years haven’t just been brutal on trans people. They’ve been brutal by design. Entering a new era needs to be cause for reflection on the conditions that brought long-held violent fantasies to life, and recommitment to examining the parts of ourselves that fostered those conditions. For those who have spent the last four years being targeted, it’s also a matter of life and death that a new era be cause for hope.

Believe it or not, one of the reasons to be hopeful right now is the law—something rarely true in trans history. But as a civil rights lawyer, my favorite thing on earth is making sure people know their rights.

Last summer, in three consolidated cases interpreting the Civil Rights Act of 1964, the Supreme Court held that Title VII’s prohibition on employment discrimination on the basis of sex includes discrimination on the basis of sexual orientation or gender identity. This was a huge victory, in part because courts across the country use Title VII to interpret the similar wording that exists in many, many other civil rights laws. That means that, from now on, any new or existing law that includes a prohibition on sex discrimination—from education to housing to public accommodations—is likely to include LGBTQ people as well.

Nondiscrimination legislation has a much bigger impact on trans lives than, for example, the legalization of same-sex marriage. Without local discrimination protections, marriage equality could actually put you at risk: you could wed your spouse on Sunday, but be fired for putting a picture of them on your desk on Monday. For all its legal and symbolic impact, marriage equality has never been a terribly accurate barometer of equality. For a lot of LGBTQ people—particularly trans people—racism, transphobia, cissexism, and/or poverty conspire with homophobia and biphobia to create more immediate concerns than state recognition. After this summer, the law protects us all week long.

For those legitimately worried that the Court is going to reverse this or other decisions on LGBTQ rights now that it has a more conservative makeup, I want to encourage you to take a breath, grab a comforting beverage, and look at a little legal history. There’s a principle in the law called stare decisis—Latin for “to stand by things decided.” It basically means that, even if the justices disagree with a past case, they still have to follow it. The exceptions to this have been very, very rare. The more likely precedent at risk is Roe v. Wade. Cutting off abortion access puts all people assigned female at birth in danger—including many transmasculine people, who actually experience unplanned pregnancies at a greater rate than cisgender women.

Predicting what the Court will do also isn’t as easy as counting the number of liberals and conservatives. Controversial as they were, this summer’s Title VII cases weren’t close: six out of nine justices voted in favor of LGBTQ rights, and the opinion was written by Justice Gorsuch, a Trump appointee. The same makeup was true of Lawrence v. Texas, the 2003 decision that declared sodomy laws unconstitutional. That opinion was written by Justice Kennedy, a Reagan appointee. The fight for LGBTQ rights is ultimately a fight for freedom of self-determination, and judicial conservatism doesn’t always track political conservatism quite as directly as we may think.

Our Right to a Future

There is no doubt that the coming years will look different for LGBTQ advocates. I am 100% positive I’ll get blubbery when the White House reinstalls their long-dormant rainbow lights for Pride month. Advocates will lean more heavily on passing laws like the Equality Act in a Democratic Congress than bringing impact litigation. No, lower courts packed with Trump-appointed judges won’t be as friendly as they were a few years ago. But it’s important to remember that any friendliness is a recent development.

For most of history, our government has been downright hostile to us. Our very identity was a crime. Queer people in America have never counted on seats of power to protect us; we’ve protected each other. We nursed our sick when the president wouldn’t say the word “AIDS”; we fought back when the police raided sanctuaries built on shaky barstools and dance floors; we organized to grieve the murdered and missing trans women we’re still losing each year. As much as I believe the law can be a powerful tool, it’s still just a tool. We can’t confuse the tool with the mission.

Calls to Trans Lifeline remain a useful barometer of how the news on any given day impacts the actual lives of trans people. Some days aren’t surprising. The week after Trump tweeted his ban on trans military service, calls to Trans Lifeline went up 34%. But some days force us to confront the underlying structures cissexism and transphobia point toward. In 2018 Congress passed a pair of sex trafficking laws called SESTA/FOSTA (Stop Enabling Sex Traffickers Act/Fight Online Sex Trafficking Act) that make online platforms liable for the actions of their users. Sex worker rights advocates opposed the laws, warning that the result would be the end of comparatively safe platforms to advertise, vet clients, and warn one another about predators—sending a vulnerable population back to the most dangerous forms of street-based work. The week after SESTA/FOSTA passed, calls to Trans Lifeline went up 97%.

Our Call to Action

So call your legislator the next time they introduce a bill to keep trans people from participating in any area of public life that may require a bathroom break. But when you do, reflect on whether your church locks its doors at night to keep out people who don’t have access to a bathroom at all—including any of the 19% of all trans people who have been homeless. Host a fundraiser the next time a progressive candidate runs on an anti-bullying platform. But when you do, reflect on the whispering, misgendering, and micro- and macro-aggressions waiting at every coffee hour for trans members and religious professionals—including the 72% of trans UUs who don’t feel included in their congregations. Support and attend a local trans-led Transgender Day of Remembrance service. But when you do, reflect on what the list of names of those taken from us actually asks of you.

If you find the feeling of overwhelm, or powerlessness, or complicity in the many forms of violence against trans people makes you uncomfortable, lean in. Consider it a gift. Discomfort lives in our very skin. Part of what makes trans people sacred is that we are born with an unrelenting drive toward a better way of being, a better way of living, a better world. No matter how much the forces around us try to snuff out that spark, it insists on the possible. Discomfort is what turns allies into accomplices. Discomfort is what lights the fire of transformation. If you want to support us, let it burn. 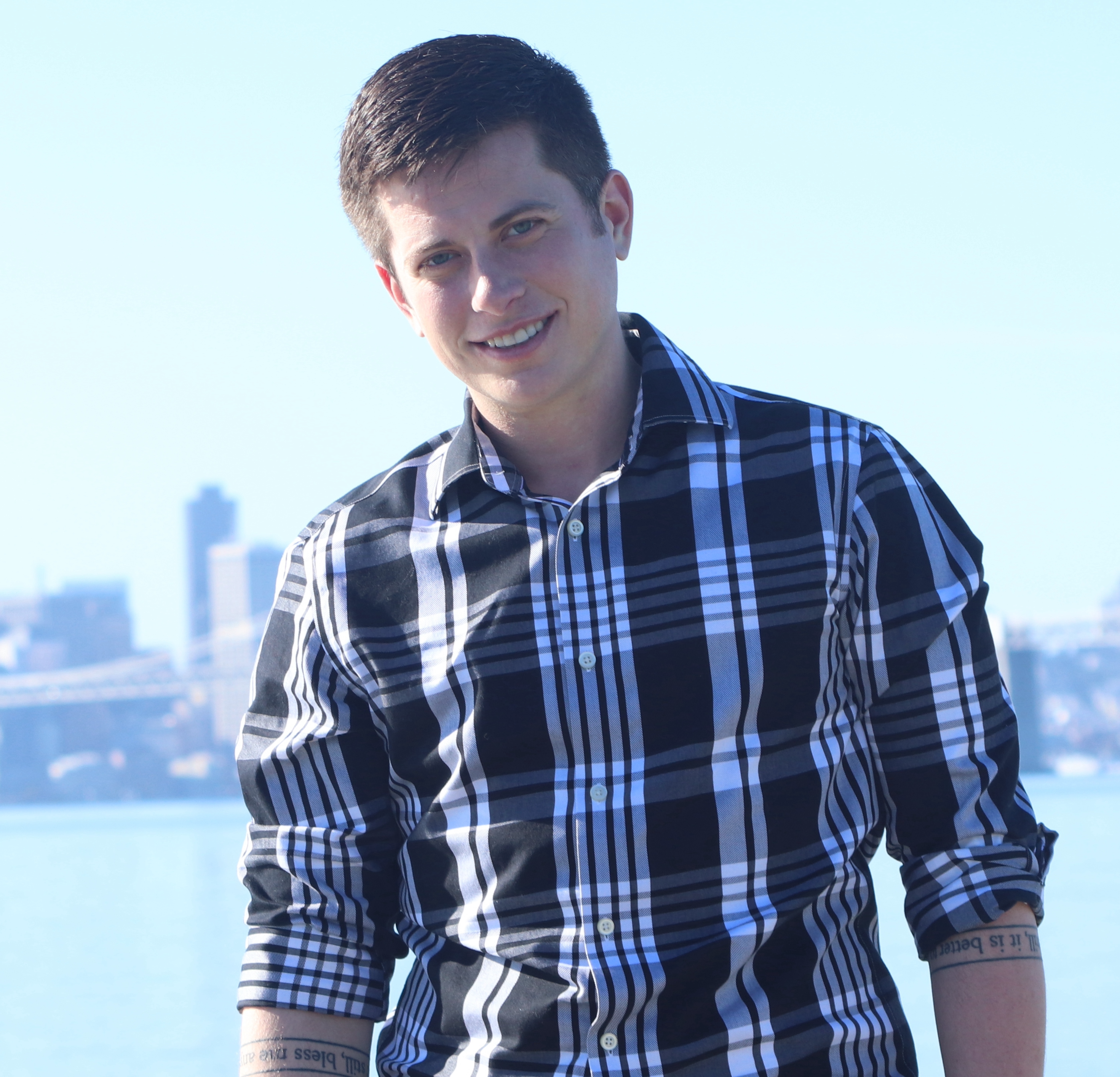 Sam Ames is a civil rights attorney, author, and LGBTQ rights advocate. A member of TRUUsT (Transgender Religious Professional UUs Together), they served as interim executive director at both Our Family Coalition and Trans Lifeline, as a staff attorney at the National Center for Lesbian Rights, and as the founder of the Born Perfect campaign to end conversion therapy.