Richard Higgins | 6/23/2006
Unitarian minister's TV special celebrates 'American Creed'
Unitarian minister's TV special celebrates 'American Creed'
Richard Higgins
6/23/2006
UU World Magazine , published by the Unitarian Universalist Association
UU news
Holding on to what is good about America seems to take a little extra effort these days. The caricature drawn by its critics—the United States as an arrogant, soulless giant—is uglier than ever, and opinion polls around the world show more and more people believing it. A television special written by a well-known author and Unitarian Universalist minister calls attention back to America's ideals. The American Creed, which airs on the Hallmark Channel June 25 (9:45–11:00 p.m. EDT, 8:45–10:00 CDT), celebrates the kind of patriotism Wendell Berry praised when he urged people to denounce the government yet embrace the flag—and "hope to live in the republic for which it stands."

The American Creed was inspired by a book of the same name by the Rev. Dr. Forrest Church, the longtime senior minister of the Unitarian Church of All Souls in New York City. "I wanted to invite people who have a sour view of our history to look at it again with new eyes," he said.

Church is a prolific writer and preacher, but this was his first foray into television programming. "An independent producer read the book and told me it really ought to be done for television," he said. "So he wrote up a proposal, and Hallmark wanted to do it." Church wrote the screenplay for the 75–minute documentary. He is named in the title shot and closing credits but does not appear on camera. Church said he's thrilled by how the program came out. (The Unitarian Universalist Association's General Assembly, being held in St. Louis this week, plans an advance screening June 24.)

The New York minister, whose father was a U.S. senator, has long been interested in American history and the link between religion and democracy. The American Creed, published in 2002, is presented as a biography of the Declaration of Independence, which historian Roger Wilkins has called "the Big Bang in the physics of American freedom and equality." But the book—and even more the Hallmark program—is really a primer on the ideals, beliefs, and spiritual aspirations on which the nation was founded.

For Church, this founding vision is summed up by those famous words Thomas Jefferson etched in the national consciousness in the Declaration of Independence: "that all men are created equal, that they are endowed by their Creator with certain unalienable rights, that among these are life, liberty and the pursuit of happiness."

This vision in turn becomes a lens through which The American Creed examines the nation's history, beginning with its early failure to abolish slavery or deal justly with Native Americans. It covers the sundering of the Union, the great waves of immigration, the struggle for women's rights, the civil rights movement, and the extension of the American creed globally through such institutions as the United Nations and International Declaration of Human Rights.

At each turn, it seems, a figure or group emerges and urges the country, as the Rev. Dr. Martin Luther King Jr. did at the Lincoln Memorial in August 1963, to "live out the true meaning of its creed." Among the other champions Church points to are the women who launched the movement for women's rights at Seneca Falls in 1848 and Samuel Gompers, the late-nineteenth century labor leader.

"The nub of the creed, which is scored out in the Declaration, is a kind of permanent moral challenge to us," Church said. "It's a redemptive challenge, one that makes us take a kind of moral inventory. We have to ask ourselves: To what extent have we worked to fulfill the dream of liberty on which our nation was founded?"

The American creed has two themes. "One is the divine nature of our rights, as elaborated in the Preamble, the idea that they derive from natural law or from a higher authority. This is the unum principle." The other, liberty and justice for all, "is the pluribus principle," he said. "These ideals go together [in "E pluribus unum"] but have been in tension since the nation's founding days."

The creed, according to Church, is also grounded in a nonsectarian spiritual vision that respects the religious quest without dictating its form and that recognizes a moral authority higher than any government. A tragedy of America's international image is how little known or understood that spiritual core is.

In his book, Church quotes a French priest, R. L. Bruckberger, who wrote in 1972 that America "missed the boat" because its spiritual dimension "was not apparent to the peoples of the world."

"When someone has lived right in the middle of the United States for eight years, as I did, he knows that spiritual dimension does exist," Bruckberger wrote; "he knows to what extent the citizens and the collectivities of America are imbued with [religion] and a very original concept of individual dignity and political freedom. But this was not obvious outside the States. Your wealth and prodigality dazzled the world, but it did not seem as though you had any soul."

Church is frank in his admiration for the ideas of Thomas Jefferson, whose reputation has declined in light of new reports that the master of Monticello had a slave as his mistress. As Church sees it, when liberty and justice came into direct conflict with his survival as a landholder and farmer, Jefferson chose self-preservation.

"The fact that he did not live up to his ideals does not take away from the moral and redemptive power of the ideals he championed for his country," he said. "To view him only as a hypocrite is to lose the saving heart of his message. We shouldn't do that—even if his message didn't save him."

Jefferson's relationship with Sally Hemings is a powerful symbol of the young nation's failure to apply the American creed at the outset to all persons. It is not the only such contradiction in our history. The Puritans fled religious persecution in England and, over time, planted the seeds of religious liberty and democracy on American soil. But they were highly intolerant themselves and banished and sometimes hung heretics.

One of the "heretics" they banished was Roger Williams, the seventeenth-century Baptist leader. His persecution and exile at the hands of the Puritans reinforced his belief in religious freedom—and his colony in Rhode Island became the first organized political structure in America to endorse religious freedom.

Church doesn't believe in glossing over the contradictions. "If we don't acknowledge our nation's sins then we cannot argue persuasively for the possibility of its redemption," he said.

Martin Luther King Jr. once explained his optimism in face of defeat by saying that the long arc of history bends toward justice. Church offers his own metaphor—the Liberty Bell, which pealed at the signing of the federal Constitution September 17, 1787, in Philadelphia.

Commissioned in 1751 for what would become the Pennsylvania capitol, the Liberty Bell rang out America's victories in the Revolution. It came to stand for liberty. But it was not perfect. "Before it rang true," Church writes in the book The American Creed, "the Liberty Bell had to be cast three times"—once in England and twice in America—"before they got it right." And then in 1835, while tolling at the state funeral of Chief Justice John Marshall, it cracked.

Yet soon the cracked bell was symbolically recast by a group of Boston Unitarians and abolitionists. Renaming it the Liberty Bell, they called forth its history to "proclaim liberty throughout all the land unto all the inhabitants therefore." The bell was, in essence, reinvented as a new challenge to American ideals was engaged. Church views the American creed in a similar vein. "Those words in the Declaration of Independence are a touchstone for the liberation of each new group of Americans that rises up in pursuit of justice," he said.

Church hopes his June 25 television program will especially inspire other liberals who believe in the redemptive power of our nation's original guiding vision. "Don't give the Bible, flag, and family to the religious right," he says. "We have to retrieve them and plant them on their original high ground." 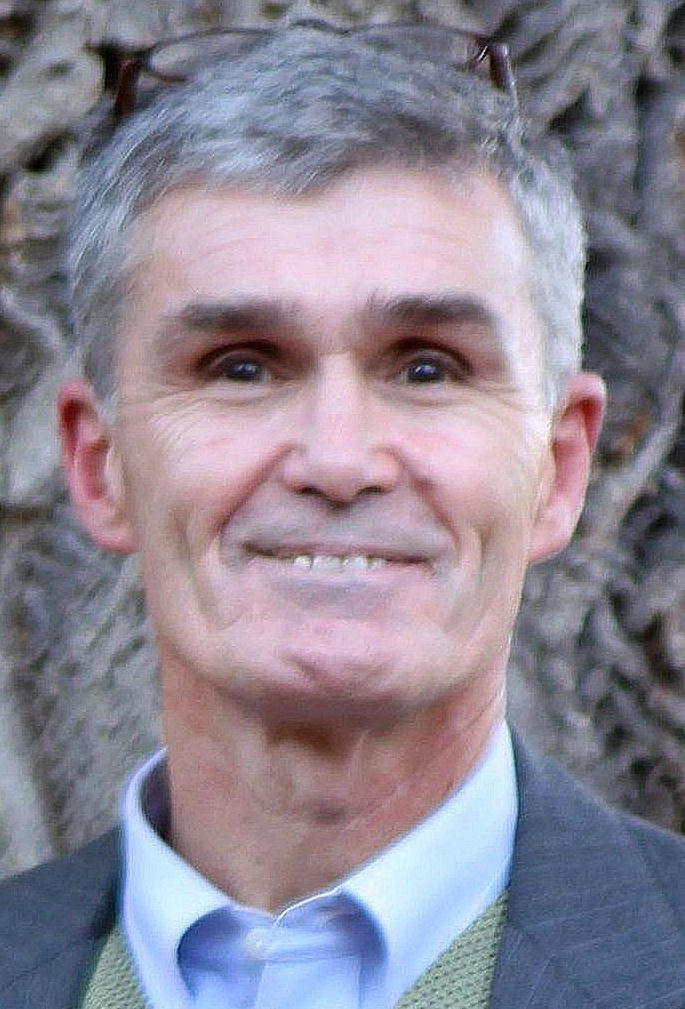 Richard Higgins is the author of Thoreau and the Language of Trees (Univ. of California Press, 2017). He has written for the Boston Globe, New York Times, Atlantic Monthly, Christian Century, and Smithsonian, among other publications.