In 1944, the author described his path to the Unitarian ministry—and protested discrimination against women in the ministry.

In attempting to justify one of the major choices of my life I quite naturally feel a burden of responsibility that cannot be satisfied by any halfhearted efforts. When I consider that my purpose is to justify my own course so that it, in turn, may fire the imagination of other young men of a “mind like unto mine,” then that sense of responsibility becomes proportionally greater.

Frankly, I want very badly to “sell” the ideas that are set forth in this article. If these words could be the means of inducing even one young fellow to realize he had the qualifications for the Unitarian ministry, and to take the necessary steps for launching himself into such a career, then the effort spent in writing them and printing them would be handsomely rewarded.

Right here I take the opportunity of protesting vigorously against the situation that makes young men the exclusive subjects of this article. Strange as it may seem, in the face of our much vaunted liberalism, the bulk of Unitarian congregations still view the prospect of women in the pulpit with much the same sense of horror attributed to elderly maiden ladies who imagine “bogey-men” to be under the stairs. With few exceptions, women just are not allowed in our pulpits, and there is a disgraceful amount of stark terror at the prospect that some day they might be countenanced there.

Why am I going to be a Unitarian minister? A facile answer to that question would be to say that when I was in New York City a number of years ago, I heard Dr. John Haynes Holmes preach on several successive Sundays. If you don’t understand why that experience would push a man toward the liberal ministry, then you are either sold on some other means of justifying your existence, or you have never heard Dr. Holmes preach. However, the whole matter goes much deeper. For instance, are you impressed in a major way with the fact that socially, politically, economically and spiritually things simply are not what they should be in this world of ours? Do you enjoy torrid “bull-sessions” in which you can begin to see through the smoke of discussion that what is really lacking in this world is some foundation of sustaining idealism? Are you ever affected inwardly and emotionally by the fact that so many of the adults with whom you come in contact seem scatterbrained in their thinking, weak and shifting in their convictions, utterly without the ballast of assuredness? Has it ever occurred to you that the Unitarian church, through its liberal, vitalizing and healing ministry, can alter the lives of such people and give them something wonderfully substantial on which to build new and stalwart convictions? Have you ever hear a youngster yell “Kike” or “Nigger” at another youngster in the street and wondered why something couldn’t be done about dissolving such sordidness out of tiny minds?

I could go on and on with these questions, but perhaps you can already see where they are leading. In the last stages of my high-school career, and through four years of college, I was increasingly impressed by the implications of these and dozens of similar questions. With that background of concern that can become so obsessive in post-adolescent years, I ran discretely into several major influences such as Dr. Holmes, the American Friends Service Committee and the writings of leading Unitarians. During a period of theological “shopping about” I looked long and hard at orthodox, evangelical Protestantism but turned in disgust from its apparent lack of faith in man’s nature and ability. Before me there loomed the Unitarian Fellowship, which, for all its shackles of New England traditionalism and “best-family-ness,” was a fellowship that granted freedom to its ministers and vowed deep faith in the moral competence and progress of humankind. My shopping ceased. I knew that I wanted to be a Unitarian minister.

Why? Because I could see in such ministry a vehicle for contributing my bit to the solution of the political, religious, social and economic problems burdening my soul and the souls of my fellow beings. I could see, in my function as a preacher and leader of worship, the opportunity to carry forth the wonderful work of religious pioneering that characterized the Unitarian denomination. I could see in my close association with the lives of people the pathway toward deepening my own religious experience and, in turn, making smoother the rough spiritual roads in the lives of others. I could see in my function as an educator an unequalled opportunity to strike radically at the roots of the social tensions that that make such things as racial prejudices possible. I could see that on the basis of my own progressing character I could attain some measure of ethical leadership in the community I served, and thus make some contribution by precept and example to the moral life and thought of that community.

All these things may or may not constitute a “call” to the ministry in the narrowly orthodox sense, but to me they were irresistible beckonings. It is my conviction that some such compulsion must be a factor in any meaningful decision to assume the responsibilities of the Unitarian ministry.

If some such “beckonings” seem in any way binding upon you, then by all means take every possible step to find your way into the Unitarian ministry. The academic training is long, difficult, but tremendously satisfying. For full details, write at once to the Department of the Ministry, American Unitarian Association, 25 Beacon Street, Boston 8, Massachusetts. At the present time Selective Service Headquarters is allowing young men exemption if, before their draft call at the age of eighteen, they present convincing evidence of a sincere desire to train for the Protestant ministry. For information on the V12 Naval Chaplains Training Program, contact your nearest naval enlistment center.

Someone has said, “Only the discharge of the duties of the heart can really console the heart.” If your heart is laden with genuine concerns for the welfare, happiness, security and freedom of your fellow beings; if, in all humility, you feel yourself qualified to spend your life dealing with these concerns with the weapon of liberal religion, then do not waste another moment—look into the possibilities of “discharging the duties of your heart” in the profession of the Unitarian ministry. 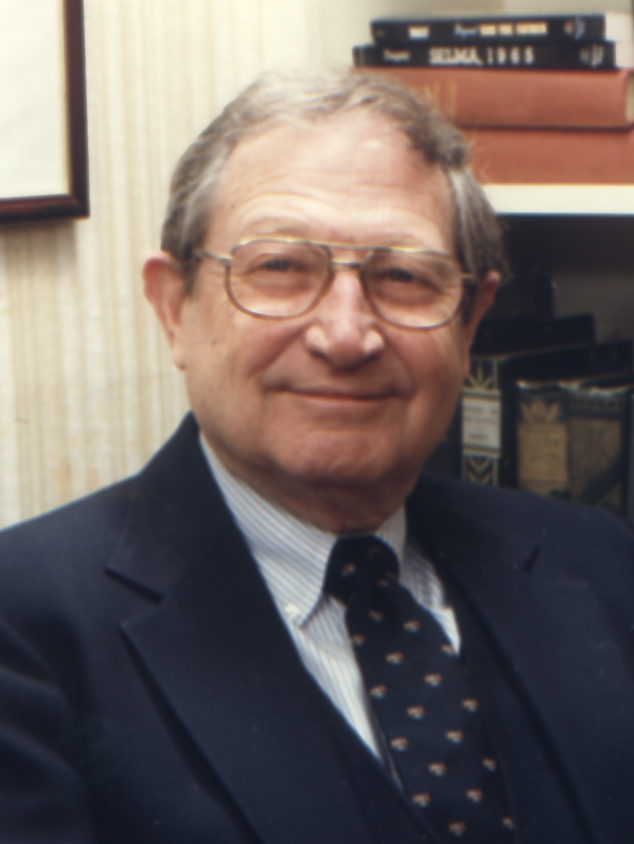 The Rev. Dr. Jack Mendelsohn (1918–2012) was minister emeritus of the First Parish in Bedford, Massachusetts, which he served from 1979 to 1988. He was the thirteenth senior minister of the Arlington Street Church in Boston (1959–1969), when the church was prominent for its antiwar and civil rights work. The Unitarian Universalist Association honored him with its Distinguished Service Award in 1997.