‘Called out into the great, open, windy world’

When the Rev. Dr. Jack Mendelsohn accepted the Unitarian Universalist Association’s Distinguished Service Award in 1997, he chose the occasion to critique the oft-quoted claim by Theodore Parker (later picked up by the Rev. Dr. Martin Luther King Jr.) that “the arc of the universe is long but it bends toward justice.” Mendelsohn agreed that the universe is long, but, wary of unwarranted optimism, he warned that there is nothing inevitable. “Nothing is settled!” Jack exclaimed. “Nothing! If—if!—it is to bend toward justice, it will be human hands that do the bending, and those hands can be our hands.”

Though there have been historic UU public ministries, like that of John Haynes Holmes (1879–1964), who inspired Mendelsohn, social justice was not always a core priority for Unitarians or Universalists. As a prolific author and indefatigable activist, Mendelsohn redefined our faith for the twentieth century. With human agency at the center, Jack Mendelsohn is largely responsible for making social justice essential to the DNA of Unitarian Universalist identity.

Mendelsohn entered our ministry with a single goal: to make the world a better place. Too often religion was anti-intellectual, conformist, effete, and subservient. In Unitarianism, Mendelsohn saw the unfulfilled potential for a world-changing movement. Writing in the 1940s, Mendelsohn acknowledged, “for all its shackles of New England traditionalism and ‘best-family-ness,’ [Unitarianism] granted freedom to its ministers and vowed deep faith in the moral competence and progress of humankind.”

Thus Mendelsohn championed a liberal religious movement that is modern, smart, edgy, countercultural, and dangerous to every power and principality that would smother the human spirit. In print, in the pulpit, around the world, and on the front lines of every progressive cause, Mendelsohn made Unitarian Universalism something meaningful, exciting, attractive, and important, a vital and vigorous approach to life that makes a difference.

Born in Cambridge, Massachusetts, in 1918 to professional pianist Anna Torrey and Jack Mendelsohn Sr., a music publisher, he regarded his mother with deepest affection. He said, “It was difficult for me to think of God as being other than a woman, like my mother.”

Thus, when he was eight, he was deeply affected by his mother’s death from peritonitis. “All that mattered to me was the loss of the most important person in the world. I was hurt and angry, desolate and resentful. For the first time in my life I had asked God for something. I had begged God for something! And God had turned and slapped me in the face, as I had seen some parents strike my playmates. Since that moment religious questions have never been far from my thoughts. It may be a gift or a neurosis, but I am gripped with the habit of religious searching.”

Mendelsohn’s searching led to the ministry where, following education at Boston University and Harvard Divinity School, he served congregations in Brewster, Massachusetts (and where he also played semi-pro baseball in the Cape Cod League); Chicago (at Beverly Unitarian Church, where he was ordained in 1945*) and Rockford, Illinois; Indianapolis; the Arlington Street Church in Boston; First Unitarian Church in Chicago; and finally First Parish in Bedford, Massachusetts, where he was named minister emeritus in 1988.

Thinking that Jack was too informal a name, a Beacon Hill Brahmin parishioner once offered to pay the legal expenses for him to change his name from “Jack” to “John.” He declined; the name on his birth certificate was “Jacob.” Always a bearer of fresh air, he was, in the words of his hero William Ellery Channing, “always young for liberty.”

A confidant of public figures such as Adlai Stevenson, Saul Alinsky, Kurt Vonnegut, Robert Kennedy, and the Rev. Jesse Jackson, Mendelsohn was an engaged, public, and controversial minister who confronted every establishment of racism, sexism, and injustice. His friends included Cardinal Richard Cushing, archbishop of Boston, with whom he shared activist passions and an occasional strong drink. With King, he marched in Selma, Alabama, in 1965, where one of his Arlington Street parishioners, the Rev. James Reeb, was murdered.

Recalling their time at the Arlington Street Church, former Gov. Michael Dukakis remembers, “It’s hard to describe just how important Jack was to young people like Kitty and me as we were gradually coming of age politically and philosophically during the McCarthy era and beyond. People think times are tough these days, but the Tea Party and its views are a pale imitation of the kind of hysteria that ruled the land at that time. There weren’t many people, including people of the cloth, who had the courage to stand up and call us to our better values, and Jack was one of them. Kitty and I are affiliated with different religions, but an occasional sermon at the Arlington Street Church was balm for our souls. He was very, very special.”

A defining moment for Mendelsohn and for Unitarian Universalism occurred at the UUA’s General Assembly in Boston in 1969. When the demands of African Americans and their allies were spurned, Mendelsohn led a walkout of several hundred delegates. Mendelsohn was spat upon; one colleague said, “If I had a gun, I would have shot you.”

A teenager at my first General Assembly that year, I was among the hundreds of delegates, including most of the youth, who walked out with Jack. Tears streamed down my cheeks and my vision blurred amidst the lights of TV news cameras. We encamped at the Arlington Street Church.

The atmosphere, however, was not despondent; it was righteous and mobilizing. We were rallied by seasoned veterans like Mendelsohn and the Rev. Steve Fritchman, but it was more like an Occupy site: part protest, part teach-in, participatory, rich in diversities of age and race, lay and ordained, ragtag but robust. We strategized and sang, tended to our wounds and fortified our spirits. We learned to follow and to lead. An old photo in a UUA publication shows me speaking from the Arlington Street Church pulpit before a motley congregation strewn about the sanctuary, legs dangling from the balconies. It was history-making and it was hopeful. Could anything be better?

We who walked out eventually returned, but we were forever changed. We were a small part of a large history, but we learned that history is something we indeed can change. We learned that, despite its frailties and our own, Unitarian Universalism has power and glory. We learned that all human beings have agency, that we can seize time and redeem our times. Forty-three years ago, that is what Jack taught me and so many others and, though our paths vary, we know we walk in his footsteps.

Jack Mendelsohn participated in but also documented the civil rights movement. He wrote The Martyrs: Sixteen Who Gave Their Lives for Racial Justice in 1966, one year after Reeb and another Unitarian Universalist, Viola Liuzzo, were murdered in Alabama. Later, he was CEO of the Civil Rights Project, which produced the PBS civil rights documentary Eyes on the Prize with Blackside, Inc., led by his friend, filmmaker Henry Hampton, who had been the UUA’s information officer in the 1960s.

The Rev. William G. Sinkford, a former student of Mendelsohn’s who became the first African-American president of the UUA, says, “Jack’s death leaves an empty place in my heart and in the heart of our Unitarian Universalist faith. Jack was one of the premier faith voices for justice for decades. From racial justice to the empowerment of women and the work for BGLT rights, Jack was there. He managed the delicate balance of providing leadership while at the same time supporting and following the leadership of others, especially those on the margins. In our work to stand on the side of love, we would do well to remember how Jack stood and how he walked with others toward the Beloved Community.

“He will be remembered most, I expect, for his justice work,” Sinkford says. “I remember most, however, his tender heart, his willingness to ask for and offer forgiveness, and his amazing ability to use our past and his past to point the way to a better tomorrow. I miss him so.”

Mendelsohn championed an expansive and inclusive ministry: “To minister—and here the word embraces laity and clergy alike—is to be called out of our pretensions, poses, and protective facades and into the great, open, windy world, where we are at least alive, even if tremblingly so, and where the chances of confirming the sanctities of our blundering hearts are endless.”

Denny Davidoff, former moderator of the UUA, recalls Jack’s enduring commitment to women’s empowerment. “Jack Mendelsohn understood and championed the cause of feminism within the UUA when lots of other people, men and women alike, were grumbling about ‘uppity women.’ As usual he got it fast and fought for it hard.” Mendelsohn’s first article for a denominational periodical, the American Unitarian Association’s Christian Register, in 1944, advocated welcoming women to the ordained ministry when most Unitarian congregations would not.

Mendelsohn wrote the basic introduction to Unitarian Universalism embraced by at least two generations, Being Liberal in an Illiberal Age, still in print after multiple revisions, which he dedicated to his liberal companions, “the wild asses noted in the 39th chapter of Job, who roam the barren wilderness searching after every green thing.”

His other books included Channing: The Reluctant Radical (1971), a biography of nineteenth-century Unitarian prophet William Ellery Channing; The Forest Calls Back (1965), the story of Dr. Theodor Binder’s humanitarian work in Peru; and God, Allah, and Ju Ju: Religion in Africa Today (1962), a prescient work of firsthand reporting about post-colonial Africa, about which he was called in by the State Department because he had broken bread with heads of state whom no one in the government had ever met.

Mendelsohn gave leadership in every corner of Unitarian Universalism, serving the UUA’s Women and Religion Committee, Beacon Press, Collegium, the UU Ministers Association, and the UU Service Committee. His affinity for controversy energized both supporters and detractors, and he was narrowly defeated in his campaign for the UUA presidency in 1977.

“To us,” he wrote in Being Liberal in an Illiberal Age, “creating a religious way of life is far too important to be left to the propounders of creeds and dogmas. We become Unitarian Universalists not by substituting one confession of faith for another, but by opening our minds to receive truth and inspiration from every possible source. The most fundamental of all our principles, then, is individual freedom of religious belief—the principle of the free mind.”

In 1990 I succeeded Jack Mendelsohn as minister at First Parish in Bedford. He gave me good counsel and he privileged me to be his counselor. Often together we talked politics and baseball, drank martinis, recounted the history and plotted the future of Unitarian Universalism, reconciled with brokenness, and pondered the meanings of our lives. In their living room, with my wife as sole witness, I officiated at Jack’s marriage to Judith Frediani, his true love.

There were times when Jack endured me and I endured him, but our respect and affection were constant and mutual. Never did Jack more gladden my heart than when he regularly introduced me to others, saying, “This is my minister.” Jack will always be mine.

An earlier version of this article incorrectly identified the congregation that ordained Mendelsohn in 1945. 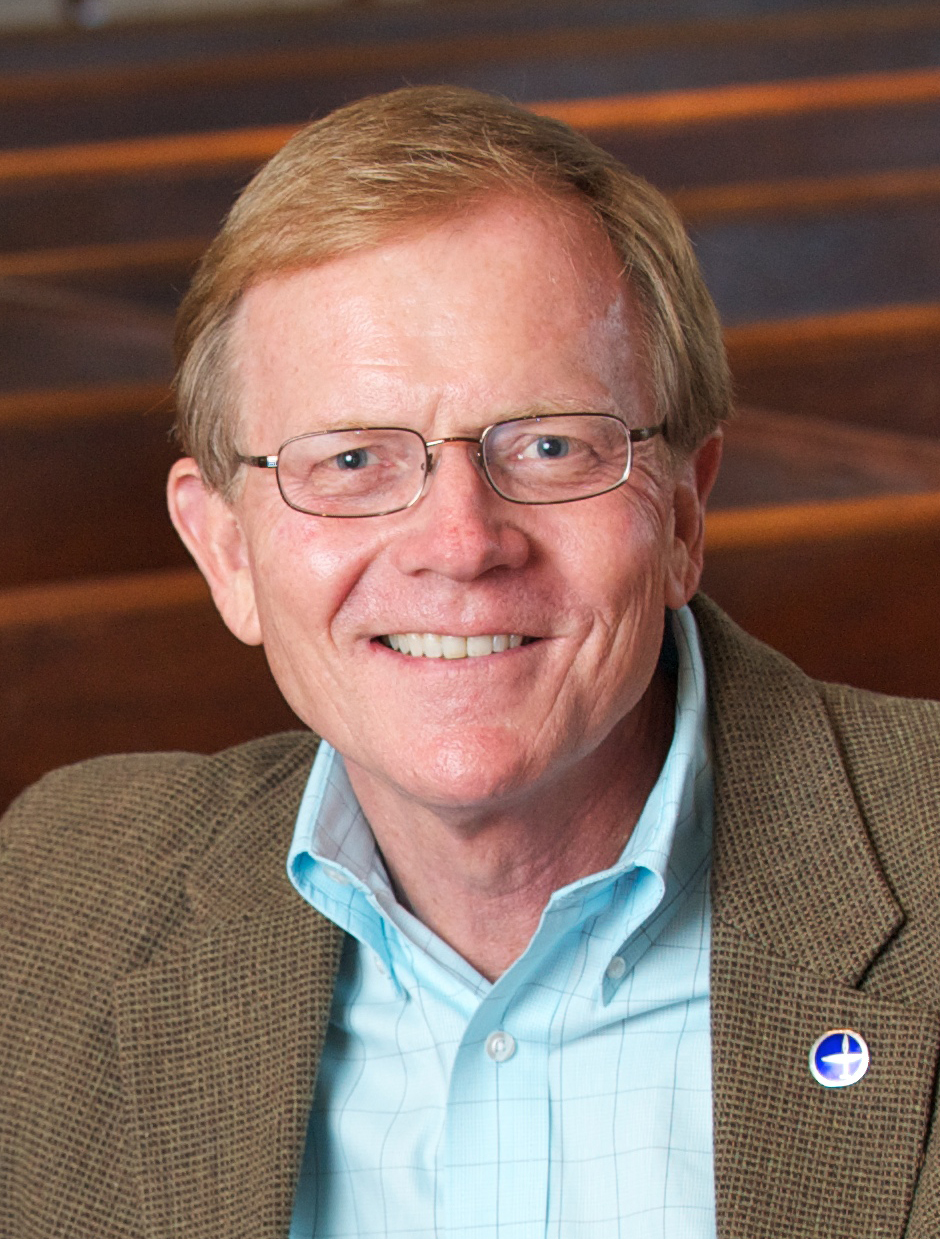 Injustice isn’t new, and it isn’t going away soon.

Clemmons looks back on his music career and his groundbreaking role on ‘Mr. Rogers’ Neighborhood.’