In finding my true voice, I also found my true gender.

It’s a story my grandma Louise used to tell about me over and over again: “Every time I went to the bank,” she’d say, “I used to take her with me. One day, one of the ladies asked if she liked to sing, and she broke out with some ‘Hot Pants’ by James Brown, with her hands on her hips! She even collapsed down on one knee like he used to do! I put her little coat over her shoulders like a cape and she jumped up, threw the cape off, and kept going! After that, every time we went in there, somebody would ask her to sing something. She would give the whole bank a show. She was a mess, but she would sing those songs!”

Music has been woven into the fabric of my entire life. My first real memories of music taking ahold of me are of these impromptu “shows” at a local bank in Covington, Georgia, as a 4- or 5-year-old girl. Music always gave me something to get excited about, something that helped give me hope.

The older I got, the more I listened and the more I sang. While other kids were out on adventures with friends, or reading everything they could get their hands on, I was sitting on the floor in front of the big speakers of my parents’ stereo console (remember those?), singing and looking up lyrics in those neat lyric mags you could buy in stores. It was all I did, really. And the more I sang, the more nuanced my choices became about what I wanted to sing and how I wanted my voice to sound. While I wasn’t fully aware of it at the time, this was where I carried the most worry about being able to be myself, and where my struggles with my gender would most often show up.

I always knew who I was, but I didn’t start out with language to explain it to people. The boy I understood myself to be showed up in my imagination and when I looked in the mirror. I was that strapping young man with those cool, thin sideburns that were popular at the time, a medium fade with a cool Afro on top and a goatee. I saw a black leather jacket, like the one my dad used to wear, and boots. My voice was much deeper and my chest much smaller. While the word “transgender” didn’t show up in my vocabulary until many years later, the idea of being this person whose image and voice I could imagine gave me life like nothing else.

Two of my favorite songs when I was young were Simple Minds’ “Don’t You (Forget About Me)” and U2’s “With or Without You.” I wanted so badly to sing those really low notes, but I couldn’t and it was so frustrating. Looking back it seems silly, but there was something about not being able to sing those songs the way I wanted to that crushed me. Years later, when I was performing semi-professionally, I recorded a version of “Don’t You,” but I still had to sing it an octave higher to do it the way I wanted. It brought all that angst right back.

I began my transition in 2005 while in seminary, and hormone therapy on Thanksgiving of 2006, and everything opened up. For the first time, after thirty-plus years of life, I felt like myself! All at once, my body started to change, my voice began to deepen, and I carried myself in the world differently, more confidently, no longer willing to sit idly by and live a half-life. I disclosed my gender identity to the seminary community and told my family of origin, and all of them held me in all the ways they knew how. It is not lost on me how truly blessed I was during that time. Had I not received their love and support, I don’t know where I’d be right now.

For the first few years of hormone therapy, I could barely recognize my own voice, it was changing so much. I’ll never forget the day my mom hung up on me out of the frustration of not recognizing this person she’d known his whole life. I went through puberty at 33 and my cracking voice was equal parts beautiful and horrifying. Beautiful because it represented my dream coming true, and horrifying because I’d heard of trans men losing their ability to hear pitch and sometimes their singing voice altogether. For two years, I hardly sang at all out of fear of what would come out.

About six months into a new adventure with my singing voice in 2009, I was invited to perform “Precious Lord, Take My Hand” with a friend on Easter Sunday. I was feeling a little more confident with my voice by then and happily agreed. We rehearsed several times and everything was going well.

But the morning of the service, when we showed up for sound check, something had happened, seemingly overnight. My voice had dropped—significantly. My voice was so deep, I couldn’t sing the part I’d spent weeks learning. I freaked!

I took a few moments alone to breathe and pray, to be grateful for the life I’d been offered, and to regroup with my singing partner, and we rearranged some things and did what we’d come to do.

That moment stays with me because it taught me something I apparently needed years to figure out. High voice, low voice, or something in between, however I present or seek to live out my gender, what matters most is my willingness to offer my truth, bringing my whole self. What the community experienced that Easter morning was yet another example of what resurrection can look like and mean. It was vulnerable and real, and how I ultimately sounded mattered much less than the fact that I was prepared to wrestle with the shifting of things. I was able, with the help of friends, to work with and through yet another transformation. I was being made new, and I didn’t get in the way. And it was good.

Nowadays, I have a pretty solid baritone voice that I’m no longer afraid of. I get to sing almost whenever I want to and with people who bring me more joy than I know what to do with most days. I also have a much more nuanced understanding of gender identity and expression than I did in those early days. I am grateful to all the people who helped me understand that the man I am called to be isn’t just about how I sound or dress. Being that man I imagined when I was a kid is also about how I share and hold space with people of every gender, sexual orientation, ability, race, income, and faith; doing enough of my own work to know what I need for my own healing and wholeness; and being a voice for love and justice in the world while also knowing when it’s time to be quiet and listen. 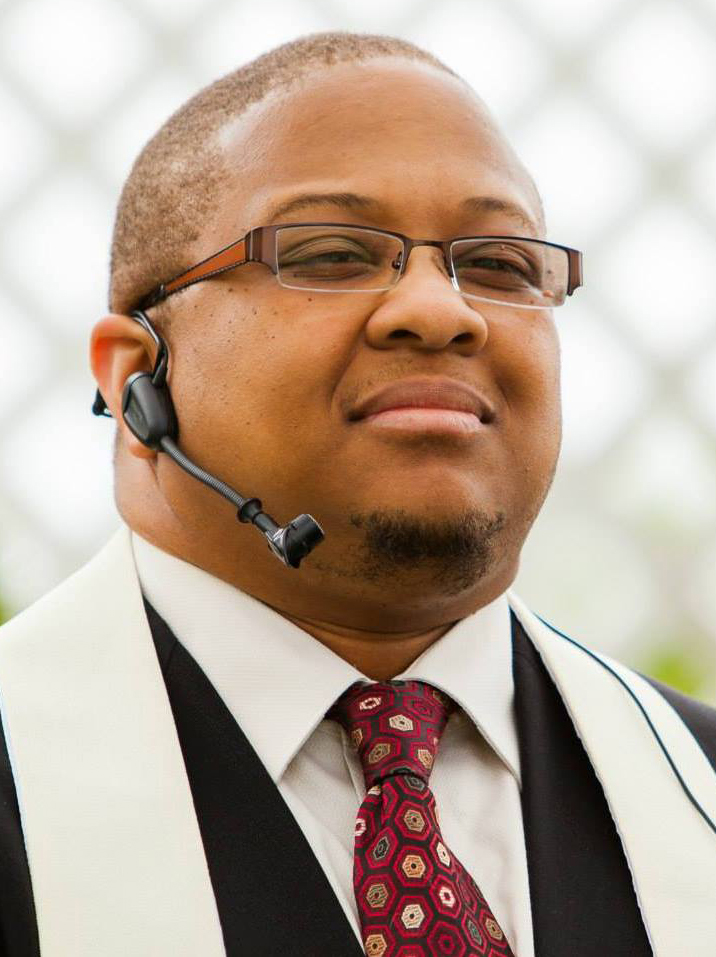 The Rev. Mykal O'Neal Slack is community minister for worship & spiritual care for Black Lives of Unitarian Universalism. He is also one of the co-founders of the Transforming Hearts Collective.

Resisting the erasure of bisexuality.